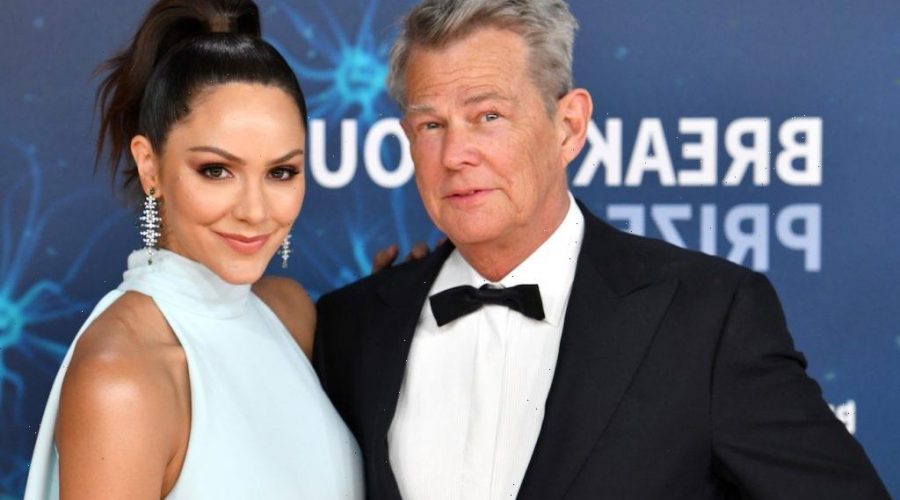 Show business can be a small world. Singer Katharine McPhee is currently married to composer David Foster. Before dating Foster, she was married to ex-husband, Nick Cokas. Interestingly, Foster also was in attendance at McPhee’s first wedding and celebrated the marriage with her.

Katharine McPhee was married to Nick Cokas for six years

The couple got married in 2008 in Beverly Hills. At the time, McPhee called Cokas “the love of my life.”

McPhee and Cokas kept their relationship rather private. However, she filed for divorce in 2014, and the divorce was finalized in 2016.

Katharine McPhee was spotted kissing another man while still married

Before McPhee filed for divorce, she was spotted kissing Michael Morris, who directed the series Smash, which she was starring on. Morris was (and still is) married actor Mary McCormack, and they have three daughters together.

McPhee later spoke about her love life to Ocean Drive magazine, noting that she had no regrets.

“I feel pretty grounded,” she said. ”I got married really young, and then divorced, and in the last couple of years, I felt like, ‘Wow, this is what I should have been doing when I was 20 instead of planning a wedding.’ But I don’t have any regrets. All of the choices I made I learned from in a really deep way.”

Rumors about McPhee and Foster’s relationship began circulating in 2017. The couple also appeared at their first red carpet even together in September of that year, according to Us Weekly.

McPhee and Foster first met in 2005 when she was competing on American Idol. He was her mentor on the show. She even performed Whitney Houston’s “I Have Nothing,” which Foster wrote with ex-wife Linda Thompson.

Foster later admitted that, at the time, he did not feel anything romantic towards McPhee.

“She didn’t catch my eye on the first day because I was so busy trying to do my job,” he told People in 2018. “But the reality is that in the last 12 years I’ve always had a connection with her.”

In any case, McPhee and Foster remained friends. McPhee once talked about their close relationship to Health, saying, “We’re very close friends, and we’ve been friends for a long time. I’m really, really fond of him, and I think he’s an incredible person. I’ve known him since I was 21 years old, you know? He produced my first single. So he’s been really good to me.”

Foster supported McPhee’s first marriage by attending her wedding in 2008. He played the piano while she performed a rendition of Natalie Cole’s “Unforgettable.”

McPhee and Foster would go on to have their own wedding in 2019. Then, in 2021, they welcomed a son named Rennie.