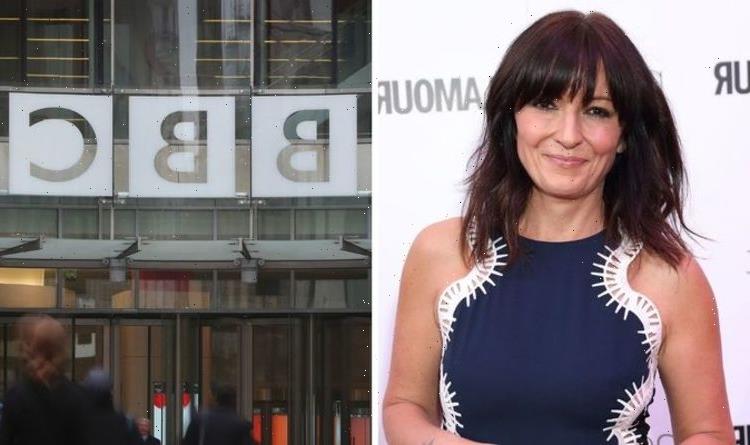 Tonight Stand Up To Cancer returns to Channel 4 at 7:30pm. An evening entertainment provided by star-studded guests will be hosted by Alan Carr, Maya Jama, Adam Hills and Ms McCall, all to raise as much money as possible to tackle cancer. Comedian Joe Lycett will be updating the totaliser throughout the night to reveal how much has been raised, and a host of musicians, actors and sportspeople will make cameos across the evening.

Among those involved include Liam Gallagher, Liam Payne, The Jonas Brothers, Usain Bolt and Olivia Colman.

The money raised will go towards funding life-saving cancer research.

Stand Up To Cancer is a joint national fundraising campaign led by Channel 4 and Cancer Research UK, that has so far raised £84 million in the UK and funded 59 clinical trials.

Ms McCall, who will co-present the evening, faced backlash on Twitter in February last year after she called on her 2.7 million followers to support a petition asking Boris Johnson and MPs to “stop the political attack on our BBC”.

On February 23 Ms McCall tweeted: “I’ve just signed the petition calling on Boris Johnson to stop his war on our BBC.

Most of Ms McCall’s major television work has been on Channel 4, including her ten-year stint as presenter of Noughties show ‘Big Brother’, in which housemates entered a sealed house for up to nine weeks, and had their every move filmed.

However, in 2005 Ms McCall fronted BBC show ‘He’s Having a Baby’ and for a short while in 2006 presented her own prime-time chat show ‘Davina’, though it received scathing reviews.

The broadcaster is also one of the Comic Relief co-presenters on the BBC, having hosted Red Nose Day since 2005.

Her BBC plea received backlash from a number of Twitter users.

Don’t Miss:
Tyson Fury blasts Hamilton after being ‘let down’ by honours snub[INSIGHT]
Lewis Hamilton mocked by child for ‘American’ accent: ‘Talk normally'[ANALYSIS]
Doctors were convinced Warwick Davis would die in his teens![OPINION]

Bukowski 20191 added: “I want celebrity culture dismantled along with the BBC.

“Privileged people like her speak only for white middle class liberals and ‘woke’ types that the BBC represent.”

Macetrain pointed out: “Over 1300 replies to your tweet and every one of them laughing at you. TAKE THE HINT.”

Others were more detailed in their criticism, including Samgoozle who said: “Sorry Davina but why should we be forced to pay a tv license. It’s not our fault the BBC would rather be funded by [the] public.

“Why can[‘t] the BBC be funded like any other TV network ‒ I honestly think the BBC needs to change and move forward, scrapping TV licences is the way forward.”

Yet, the petition promoted by Ms McCall has been signed by more than 300,000 people and claims amid the health crisis it is “important to have trusted news and information” that can be relied on.

The campaign was started in February after the Government floated a plan that would cut hundreds of millions in funding from the BBC.

The broadcaster is reportedly braced for further budget cuts after the newly appointed Culture Secretary Nadine Dorries dubbed the broadcaster an “outdated” institution.

“But you wouldn’t invent many things that are wonderful precious things. But my goodness you wouldn’t change it.”

Watch Stand Up To Cancer at 7:30pm tonight on Channel 4.