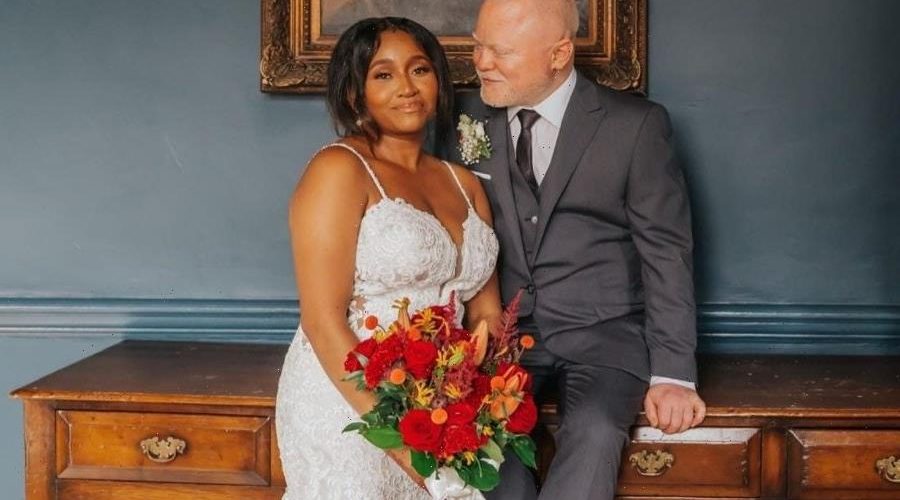 Canadian actress Andrea Lewis, a star of the long-running teen drama Degrassi: The Next Generation, just announced that she’s a married woman.

The 36-year-old shared the news on Instagram on Tuesday (Nov. 2) evening, offering up images of her beautiful wedding day shot by photographer Annie Poe. She said “I do” to Felix Howard, director of A&R at BMG in Records London on Oct. 28. They exchanged vows at the Paradise Kensal Green, a bohemian-style restaurant meets nightclub that also triples as a bar.

Howard also shared the good news with some humor: “For those asking about a name change, yes, I will be changing my name to Felix Steadman Lewis as soon as allowed. Love to all.”

A few things to know about him, 48-year-old Howard is a storied songwriter and composer, with credits for working alongside the likes of the late Amy Winehouse (on all of her albums), and Sia. He is a former child model, appearing on the cover of magazines and in videos, like Madonna’s “Open Your Heart.” He is a dual citizen, residing in both London and California. Lewis, who acts, put out two albums and is behind the production company JungleWild TV, now splits her time between Los Angeles and London. It’s unclear when exactly they started dating, but they’ve an item since at least 2020, as she shared in a YouTube video that she was off the market.

The beauty was surrounded by friends and family on her big day, with her “bride tribe” even wearing grills. They were married by funnyman and The Neighborhood star Marcel Spears.

The day looked like it was one filled with color and plenty of joy. We love to see it!