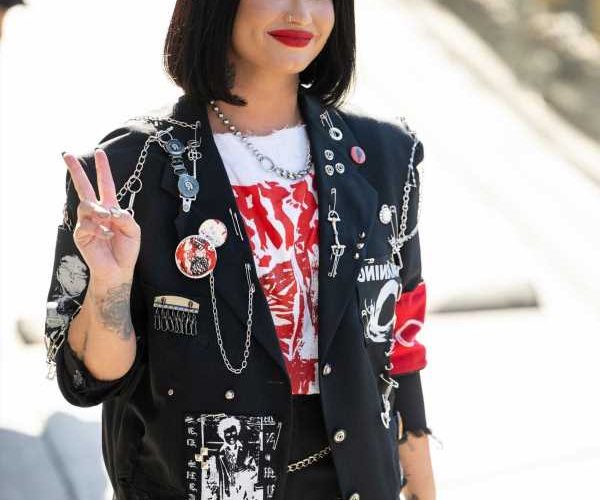 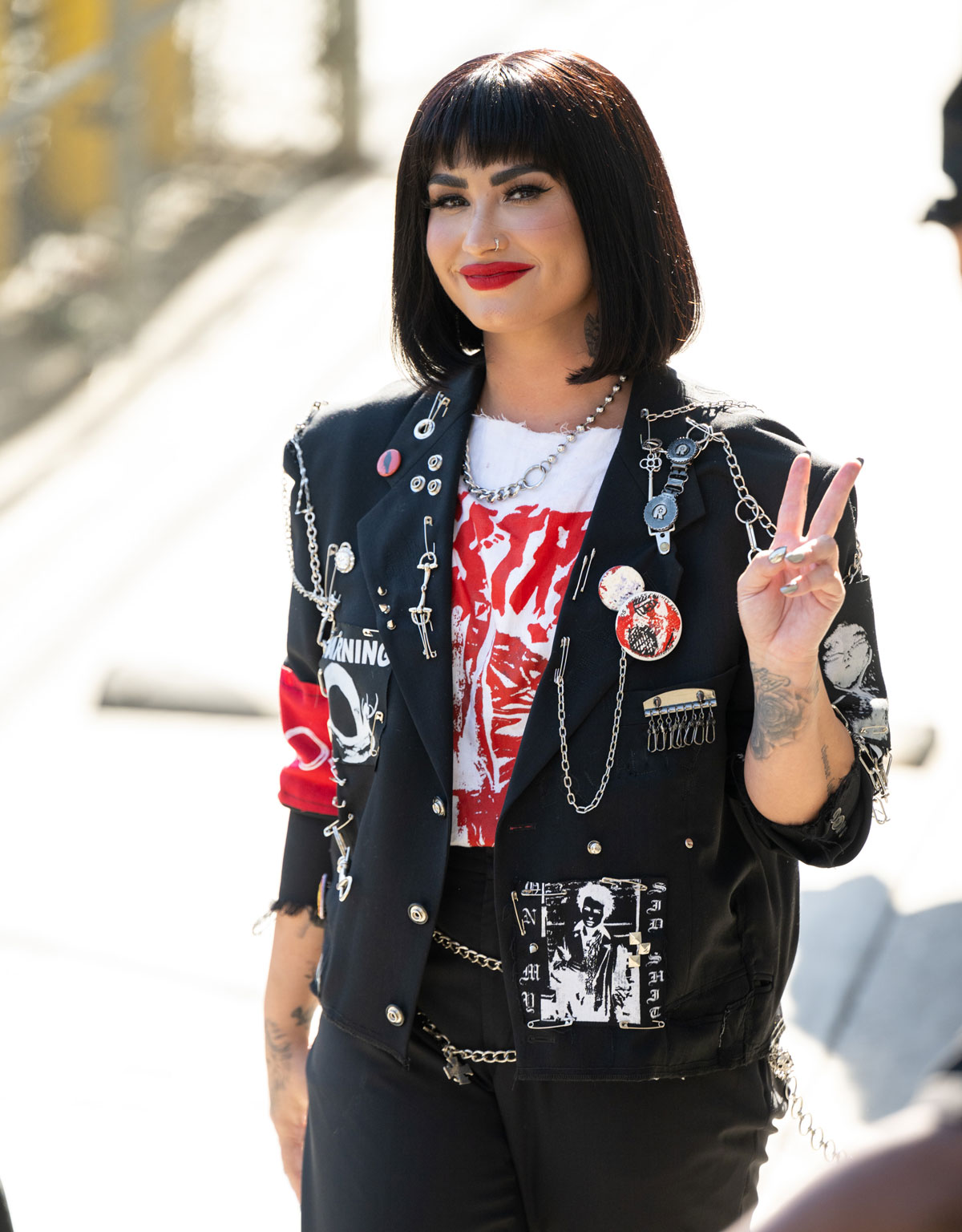 The headlines about Demi Lovato have been pretty random since their four-part documentary about their addition and overdose last year. There’s been quite a bit about their mental health and sobriety, but then there’s also been a weird grudge against a yogurt shop, their recasting in their pilot, and their alien investigation show. Over the years, Demi has spoken before about believing in things like aliens and mermaids and they live in LA, so it’s not totally surprising they have a giant crystal. What is surprising is it caused them a head injury that required stitches.

Demi Lovato joined Jimmy Kimmel Live! on Thursday and revealed to the guest host, YouTuber extraordinaire Mark Rober, that they suffered a minor head injury at home on Wednesday night. Lovato wore a wig to cover the injury for the appearance on the show, and explained the slightly embarrassing way in which the accident happened.

“I have, like, this, literally an amethyst that is about this tall,” Lovato said, holding their hand a few feet off the ground. Rober cut in, saying, “And sharp, I assume.” “Well, it’s just really heavy, and there’s pieces that are sharp,” Lovato responded. “Anyways, I went to bend down to pick something up and I didn’t see the amethyst, and I hit my head, and I had to get three stitches last night in my face.”

Lovato posted a TikTok following the injury, showing the cut above their eye, and maybe just a little embarrassment and/or frustration.

And Lovato took the next logical step.

Stitches and a wig were the clear solution.

Demi talked about this on their Jimmy Kimmel Live! appearance. Apparently, they have a large amethyst crystal in their home and leaned over to pick something up near it, and hit their head. They had to get three stitches above their eye the night before their appearance on the show. Is this a weird story? I don’t know. Maybe it was just a clumsy incident. It does sound like something that could happen to anyone. I’ve definitely bumped my head on the underside of a table when getting something from underneath. Stories about home injuries are always a bit weird though. Like Zac Efron slipping in his home. Usually people know where stuff is in their own homes, but maybe it’s different if you’re a celeb and you have people in and out and moving stuff around in your home. Anyway, who knew crystals could be so dangerous! They’re supposed to have healing properties. I hope Demi is okay and their head heals quickly; cuts are so annoying. 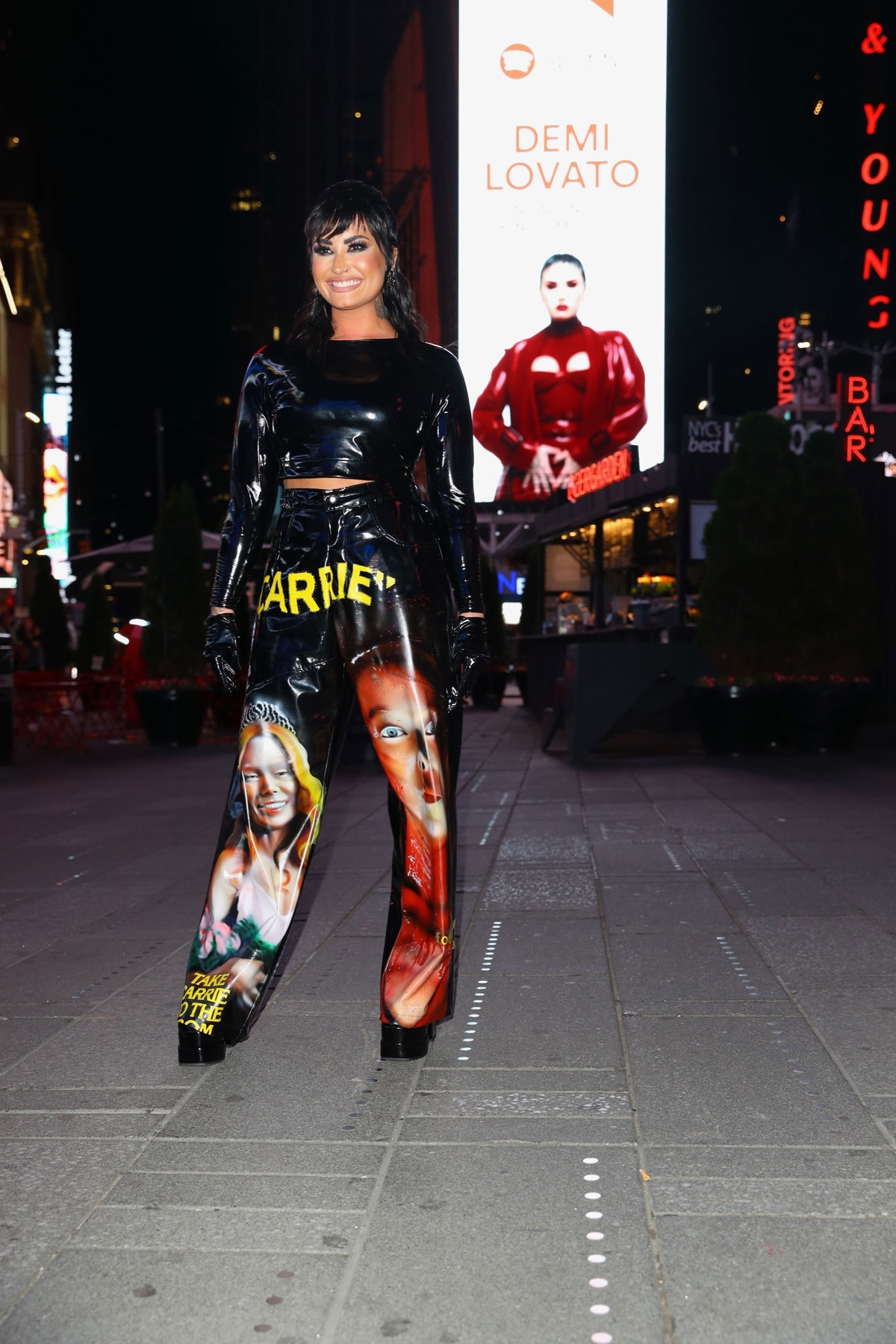 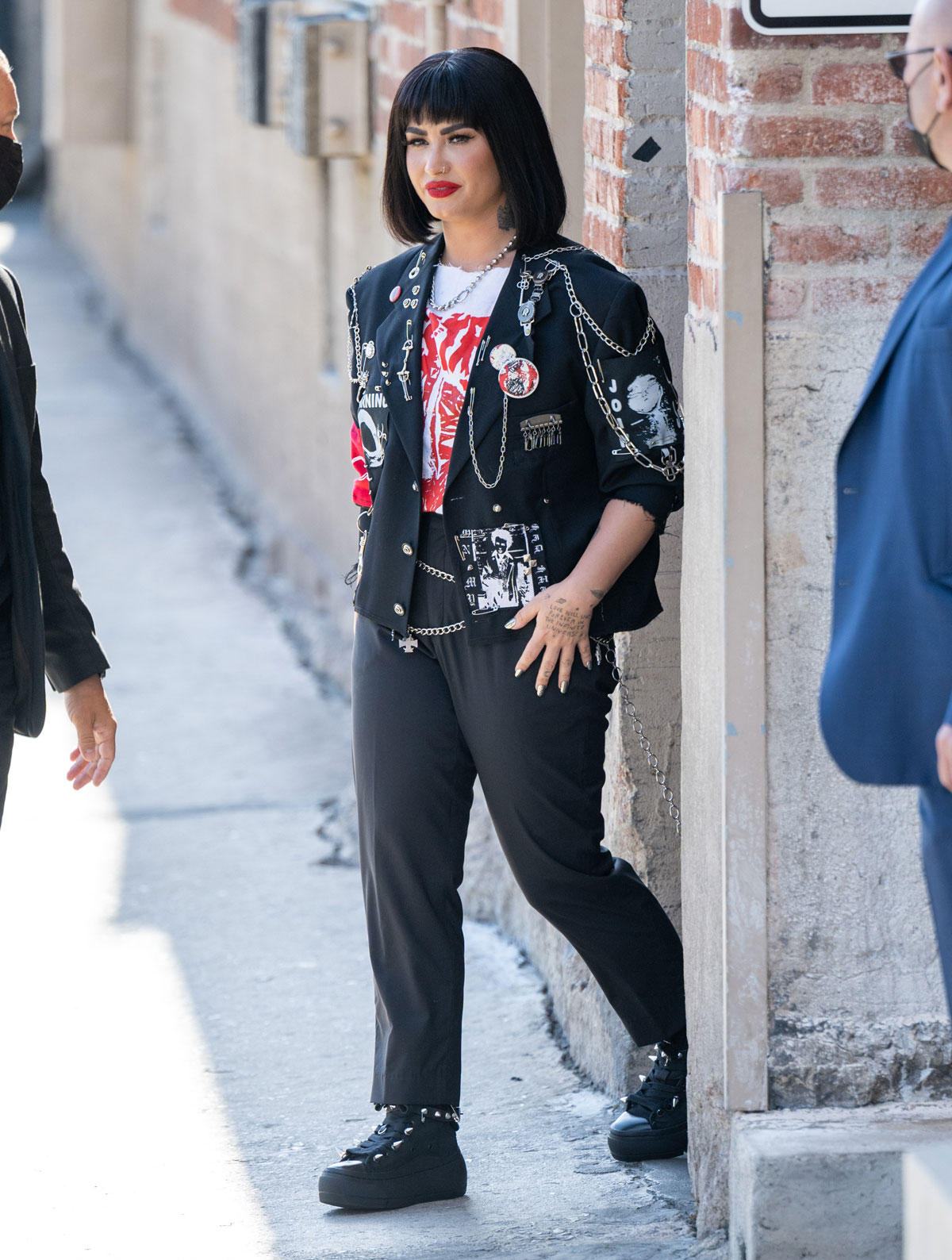