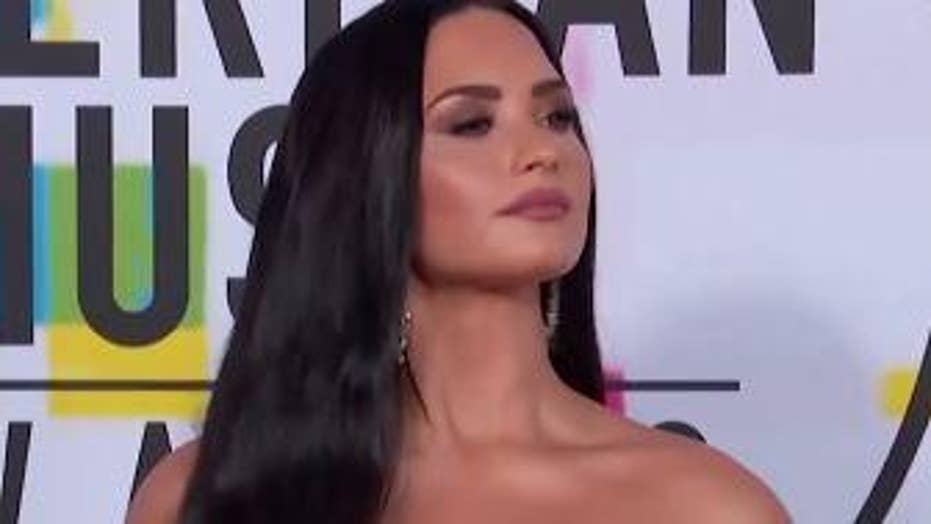 Demi Lovato wasn't afraid to show a little skin on Saturday as she posted bikini photos for her more than 71 million Instagram followers.

The singer, following a trip to Bora Bora island in French Polynesia, posted two photos of herself posing in a barely-there leopard print two-piece.

"Just left what’s possibly my favorite place on Earth with my best friends. Bora Bora is literal heaven on Earth," she wrote. "I may be posting a lot of pics in the next few days.. I’m sorry in advance."

Lovato, 26, hasn't been shy about showing off her body, and in March slammed a report that said she had a "fuller figure."

"I am more than my weight," replied Lovato in her Instagram Story, while tagging the author of the article, which was published by the Inquisitr.

In a note to fans, the Grammy-nominated pop star clarified that she's no longer "triggered" by comments about her size.

"I'm angry that people think it's okay to write headlines about people's body shapes. Especially a woman who has been so open about being in recovery from an eating disorder," she said. "I'm not upset for myself but for anyone easily influenced by the diet culture."