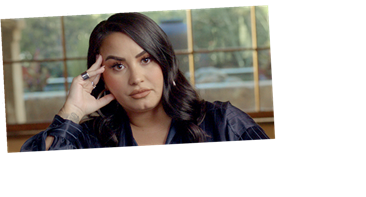 Back in 2011, following a stint in rehab, Demi Lovato announced to the world that she had been diagnosed with bipolar disorder.

She quickly became a poster child of sorts for bipolar, partnering with a number of organizations to destigmatize mental illness.

Lovato has opened up about living with the disorder many times through the last decade, but now she's setting the record straight.

In YouTube docuseries Demi Lovato: Dancing with the Devil, which chronicles Lovato's near-fatal 2018 overdose and its aftermath, the singer revealed that she believes she was misdiagnosed with bipolar disorder.

"I've been told that they think I was misdiagnosed when I was 18," Lovato said on camera. She went on to explain that she thought the diagnosis served as a convenient explanation for some of her erratic behavior at the time (e.g. punching a backup dancer on tour).

"I came out to the public when I found out I was bipolar because I thought it put a reasoning behind my actions," she revealed.

But she didn't get a second opinion.

"You take something public, you become an advocate for it … I was acting out when I was 18 for many reasons, but I know now from multiple different doctors that it was not because I was bipolar," Lovato explained. "I had to grow the fuck up."

Bipolar disorder is characterized by depressive and manic episodes but according to PubMed, can be difficult to "diagnose accurately in clinical practice," because of its "frequent misdiagnosis as unipolar depression in depressed patients, since the diagnostic criteria for depressive episodes are identical for the two disorders."