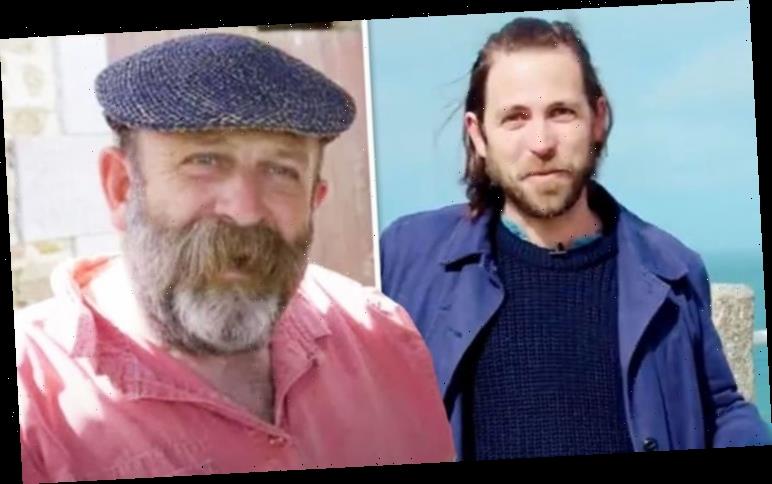 Escape to the Chateau: Dick Strawbridge carries a hot tub

Escape to the Chateau gives viewers a glimpse into the family life of Dick Strawbridge, 61, and his wife Angel Adoree, 42. The married couple share two children together; eight-year-old Arthur and seven-year-old Dorothy.

Dick is a father-of-four having had two children from his first marriage to Brigit. The couple were married for 28 years after tying the knot in 1982.

During their marriage, the former couple welcomed son James Starwbridge, 37, and daughter Charlotte, 35, together.

His eldest son has since taken to Twitter and shared some exciting news about his latest television move.

But fans appeared more taken by James’ resemblance to his father. 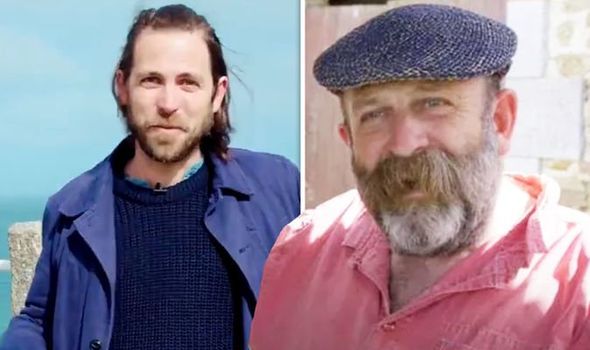 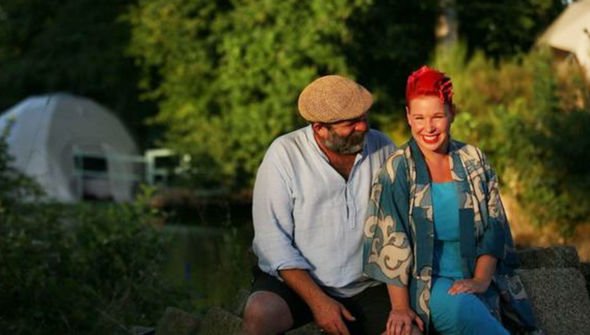 Taking to the micro-blogging site, he shared a candid video about his new TV series.

Sporting a beard and long tresses similar to his dad, eagle-eyed fans were quick to point out the father and son’s uncanny resemblance.

One wrote: “The older James gets the more he looks like you @dickstrawbridge.” 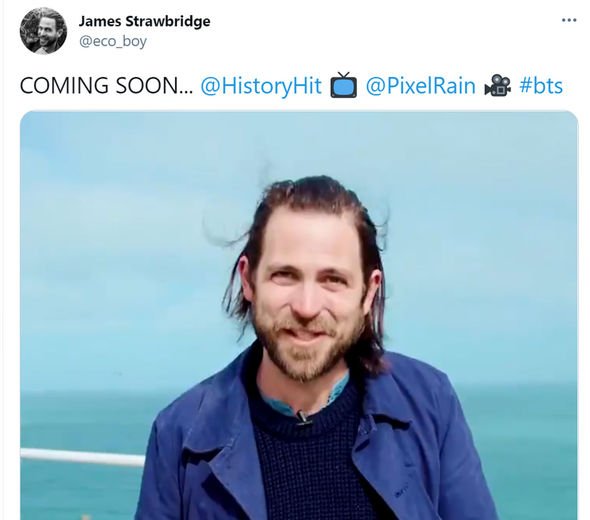 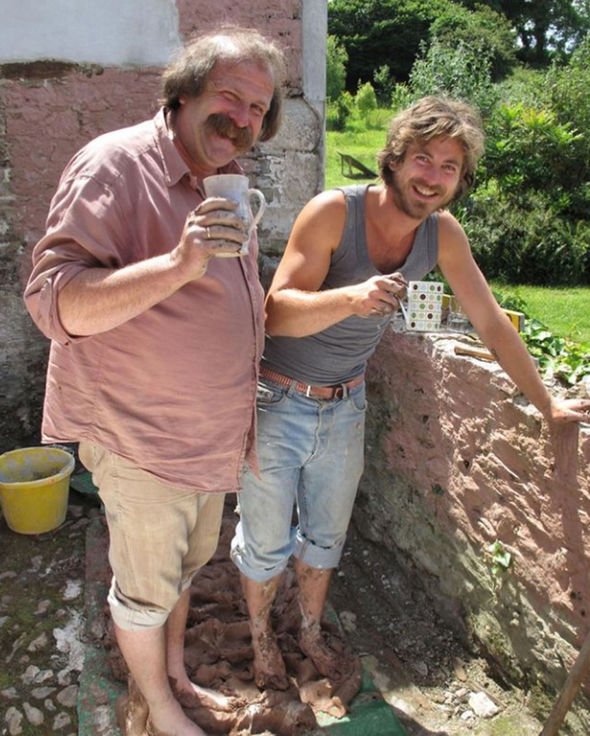 “Wow you look like your Dad,” another wrote, as third added: “@dickstrawbridge mini-me.”

In the video, James revealed he was filming a new series of History Hit in the short clip.

“So, we’re behind the scenes on location. I’m filming a new series of History Hit for Pixel Rain,” he mused.

“This one is all about pilchards. This is the Huers Hut out here in Newquay.”

He continued: “This is the place where they would have stood up if they spotted pilchards or sardines as we call them today. Then they would have signalled to the fisherman so that they could get out there quickly and get this amazing fish and bring it in.

“The whole series is being filmed out here at the moment, socially-distanced of course. But we’re really excited to share it with you in the coming weeks.”

James works as a chef, sustainable living expert and presenter, and he has also made appearances on Escape to the Chateau.

He has previously appeared alongside his father on the television series The Hungry Sailors.

The series first aired in 2011 and saw both James and Dick travel in a culinary adventure around the country.

Not much is known of his daughter Charlotte as she prefers to keep out of the spotlight.

After nearly three decades together, Dick and his former wife Brigit went their separate ways in 2010.

Five years later Dick married his second wife Angel with Dick having become a father to the couple’s two children.