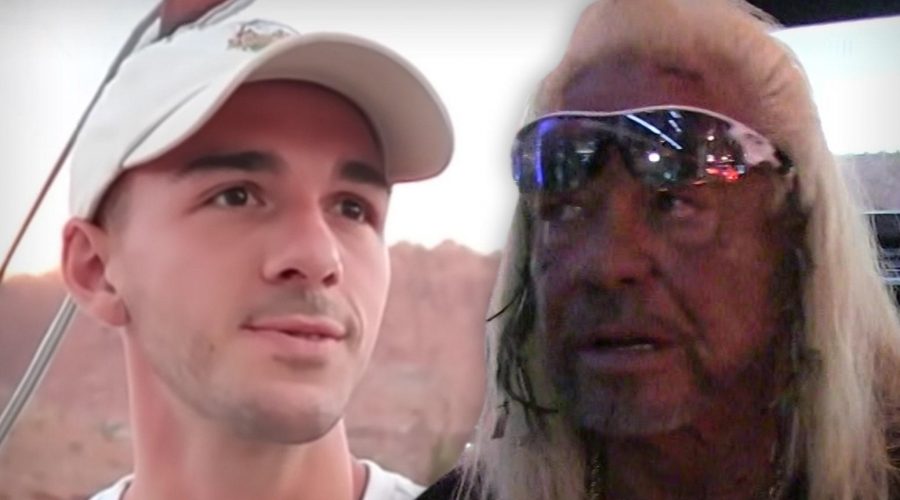 A new force has entered the fold in the ongoing search for Gabby Petito‘s fiance, Brian Laundrie — and that’s Dog the Bounty Hunter … who’s already knocking at his front door.

The famed TV personality and real-life human tracker has thrown his hat into the ring to help try and locate Laundrie — who’s vanished and been missing for almost a couple weeks now … and is currently the subject of a massive manhunt, as he’s suspect #1 in this whole case.

Reporter Brian Entin got footage of Dog dropping into the Laundrie family home in North Port, FL … but it doesn’t look like they were willing to chat with DTBH.

He seems to poke his head around the side of the house — where there are a few parked cars in the driveway — and finally makes his way to the main entrance, where he knocks and lingers a bit. Nobody answers … and eventually Dog heads back to his truck with his wife, Francie, right behind him. Entin asks what he’s doing there — and Dog tells him, “you know.”

As for why Dog’s doing this (and how), we have some answers. His rep tells TMZ … Dog wants to help bring justice to the Petito family, and feels compelled to get out there and do what he does best — capturing people and bringing them to the authorities.

We’re told Dog is simply volunteering his services at this point, and has not yet made contact with the investigative powers overseeing this case — namely, the FBI. But, we’re told Dog will touch base with them eventually … and turn over anything he finds along the way.

Right now, the guy’s just out in the areas where Laundrie was seen last and gathering intel. Anyone who has good info is encouraged to call 833-TELLDOG — all tips are confidential.