We’ll have what she’s having! Drew Barrymore doesn’t disappoint when it comes to having a sense of humor and promoting the latest season of her titular talk show. The actress-turned-TV-personality recreated several iconic moments from film and television history in a trailer for the second season of The Drew Barrymore Show, which premiered on CBS Monday, September 13. Arguably the most hilarious moment is Drew’s impression of Meg Ryan‘s famous orgasm scene from When Harry Met Sally.

Just like in the movie, the 46-year old Charlie’s Angel alum sat at a booth inside Katz Delicatessen across from an actor who plays Billy Crystal‘s character Harry, and gave an earth-shattering rendition of Sally faking an orgasm. Except this time around, “Sally’s” overwhelming ecstasy is for just how good a pastrami sandwich from Katz really is, rather than, uh, the other thing. Meanwhile, set designer Mikel Welch sits stunned across from Drew and “Harry” and delivers that too-good-to-be-true line from the movie, “I’ll have what she’s having.” 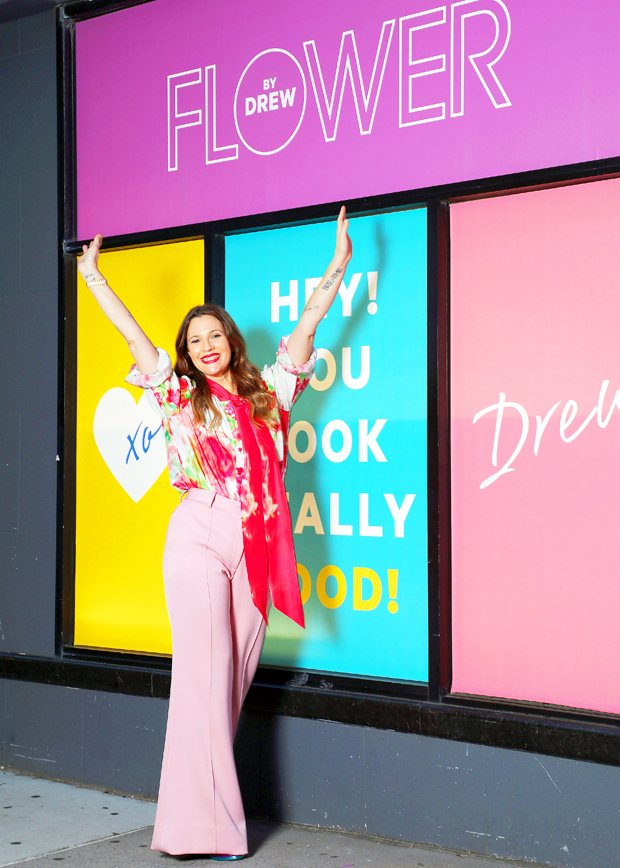 There are tons of lovable moments recreated around New York (and Seattle!) in Drew’s new trailer. The promo opens up with a scene from the 1988 film Working Girl, starring Melanie Griffith and Harrison Ford. Drew, donning a blonde windswept wig as Tess McGill, leans against the railing of a ferry looking dreamy at her Jack Trainer while she delivers a modified version of the famous line from the film. “I have a head for business and a bod for single-breasted suits,” Drew said. We see what you did there!

A post shared by The Drew Barrymore Show (@thedrewbarrymoreshow)

Other moments from the trailer include that heart-warming scene from 2008’s Sex and the City movie, when Miranda and Steve decide to give their relationship another go and find each other on the Brooklyn Bridge. Except in Drew’s version, the talk show’s in-house chef Pilar Valdes, who plays Steve Brady, naturally shares a slice of pizza with “Miranda” in addition to that lovable hug to cap off a very New York moment. Also making an appearance in the trailer is Drew co-host Ross Matthews, who plays Tom Hanks‘ character in the promo’s Sleepless in Seattle spoof.

Season two of The Drew Barrymore Show returned this year with a fully vaccinated live studio audience after kicking off season one in September 2020 with a virtual audience due to the COVID-19 pandemic. You can watch Drew on CBS weekdays at 9am.