Duchess Meghan is waging a legal battle against the British media and having a “really challenging time” as a new royal, but the Suits alum appeared to have a great time at the recent grand opening of Luminary Bakery’s new London location.

Video published on Meghan and Prince Harry’s official Instagram shows the 38-year-old receiving an apron, cutting a cake, filling out postcards, showing off sweet treats to the camera, enjoying the live music at the event and sharing laughs with her fellow attendees. 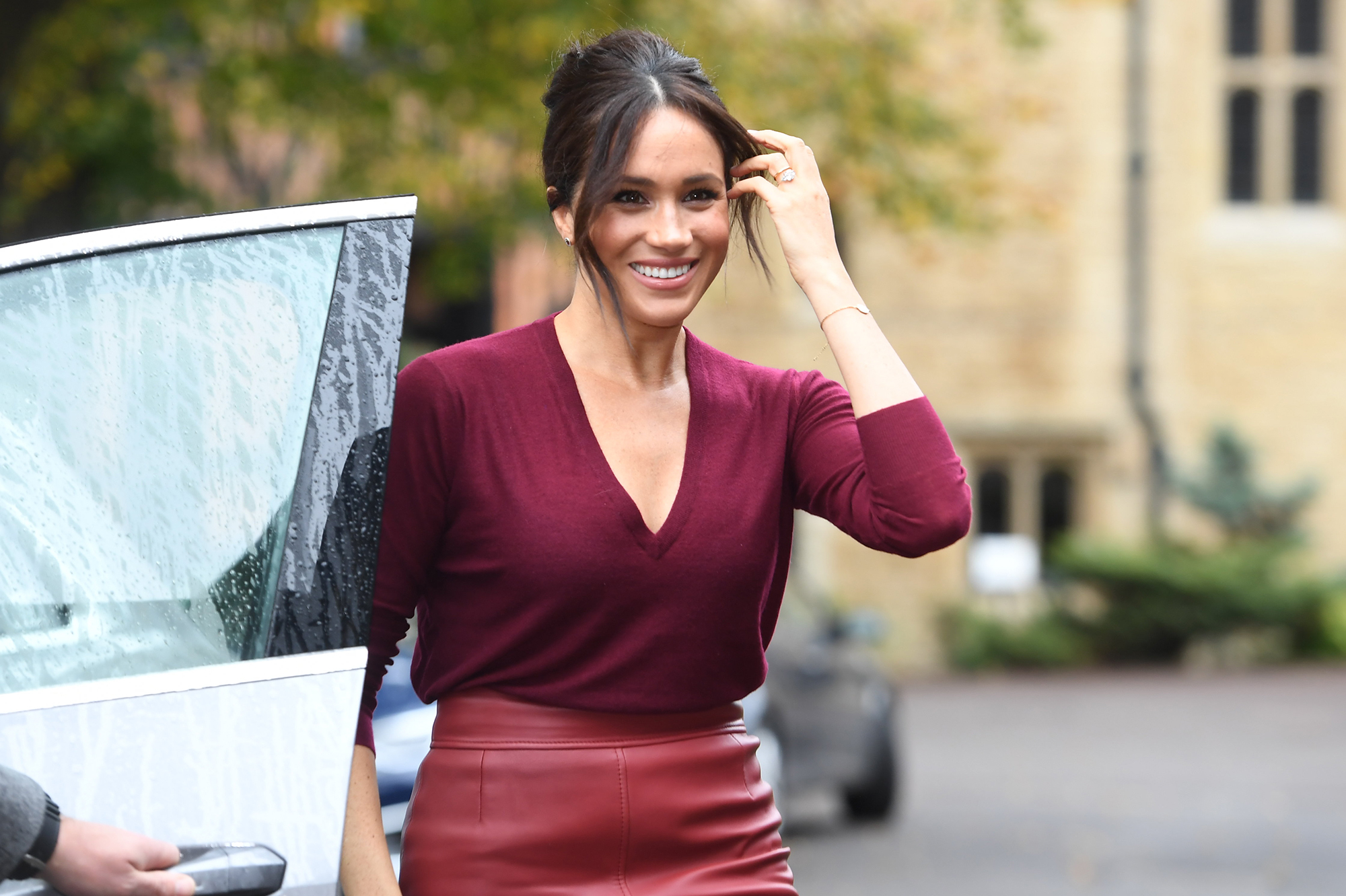 “Earlier this week The Duchess of Sussex visited the women of @LuminaryBakery as they celebrated the opening of their new location,” the video captions reads. “It was a special moment to acknowledge the spirit of Luminary and their remarkable business model that opens its arms to women from vulnerable circumstances (be it abuse, poverty, trafficking, marginalisation) and equips them with the job skills and confidence to succeed.”

The caption continued: “Having sat down with @luminarybakery at their flagship location earlier this year and from that inspiring visit choosing to feature them as #ForcesForChange in the September issue of @britishvogue, Her Royal Highness was proud to be invited to attend the launch of their second bakery. This addition will enable the organisation to provide services, support and mentoring for four times the number of women. … Luminary Bakery — a sustainable grassroots organisation in the heart of London — is a beautiful example of community and uplifting those during hardship for the greater good.”

The visit came during a climactic chapter for Meghan. The duchess recently sued the Mail on Sunday over the publication of a letter she wrote to her father, Thomas Markle, though a source told Us Weekly last month that the couple’s legal action is not “about one negative story or incident” but an “accumulation.”

And in the new documentary Harry & Meghan: An African Journey, the retired actress opened up about the scrutiny she has faced, especially since she and Harry welcomed son Archie in May.

“Look, any woman, especially when they’re pregnant, you’re really vulnerable,” Meghan told ITV News at Ten’s Tom Bradby in the documentary, which aired last month. “And so that was made really challenging, and then, when you have a newborn, you know?”

She went on: “Especially as a woman, it’s really … it’s a lot. So you add this on top of just trying to be a new mom and trying to be a newlywed … And also thank you for asking, because not many people have asked if I’m OK, but it’s a very real thing to be going through behind the scenes.”

Sister-in-law Duchess Kate “hates seeing” the Duke and Duchess of Sussex “so miserable,” a source exclusively tells Us Weekly. “She’s concerned about Harry and Meghan’s well-being.”

Prince William and Prince Charles share those worries. “William is extremely concerned about Harry and Meghan,” an insider previously told Us. “Even though the brothers have grown apart, William still cares about Harry and is hoping that he’ll open up to him about his current struggles. William wants to be there for Harry and hates seeing him in such a bad place. Despite their differences, blood is thicker than water. … Charles is worried, too. This is a time when Harry needs his family the most.”