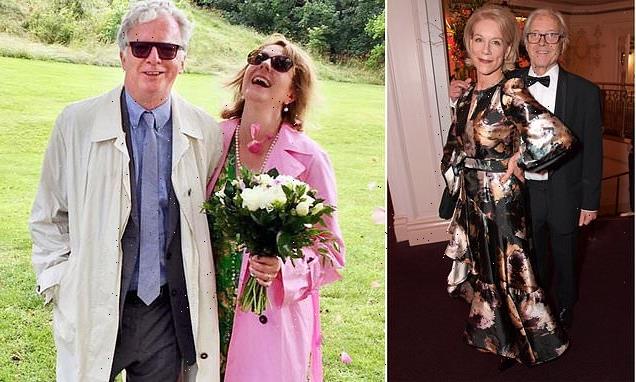 EDEN CONFIDENTIAL: Madly star Juliet Stevenson is to wed her boyfriend of 30 years

Distinguished actress Juliet Stevenson is determined to give her family a reason to smile again after they suffered a terrible tragedy last year.

I can reveal the Truly, Madly, Deeply star is to wed her boyfriend, the anthropologist Hugh Brody, after almost three decades as a couple.

‘I want to stand up in front of the world, even if there are only six people in the room, and say: ‘This is my person, and we’ve been through a huge amount, and I love him more than ever,’ she declares. 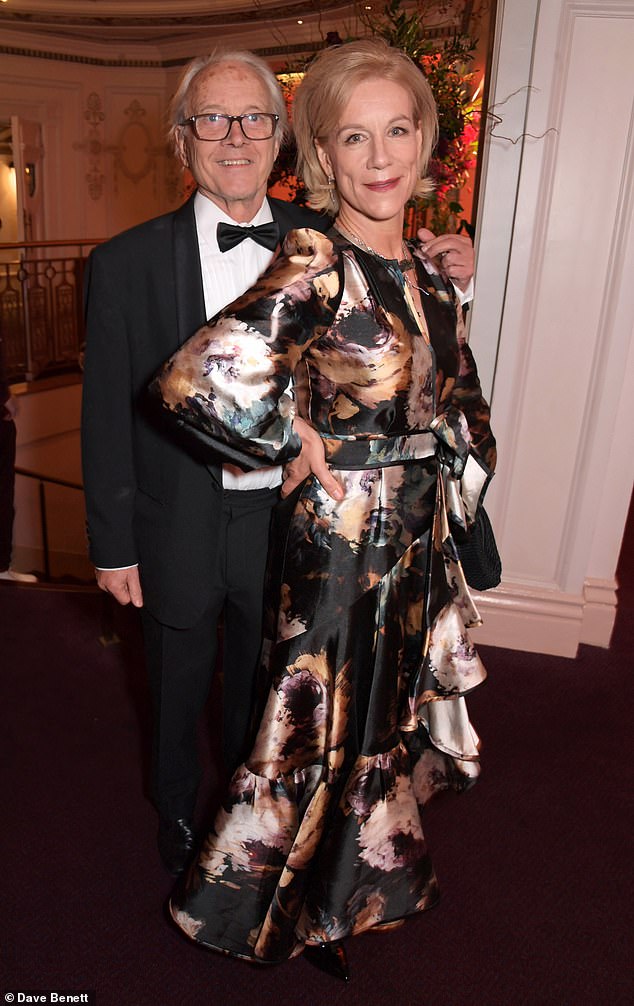 Truly, Madly, Deeply star Juliet Stevenson is to wed her boyfriend, the anthropologist Hugh Brody (both pictured in November 2019), after almost three decades as a couple

‘Tomo was one of the most beautiful human beings who ever walked the Earth,’ Stevenson said after his death.

‘He was amazingly good at love. Losing a child, it’s so frightening. So much of the year has been about survival, the whole country watching these terrible statistics nightly on the news. But the young people were supposed to be OK.’

The couple, who met at a mutual friend’s supper party, live in North London and have two children, Rosalind, 27, and Gabriel, 20.

Olivier Award winner Stevenson, 64, who’s appeared in everything from Bend It Like Beckham to hit Sky drama Riviera, has previously been sceptical about the institution of marriage, musing earlier this year: ‘I grew up seeing what incredible restraints marriage imposes on women in certain situations. I felt my mum sometimes metaphorically beating at the walls.’ 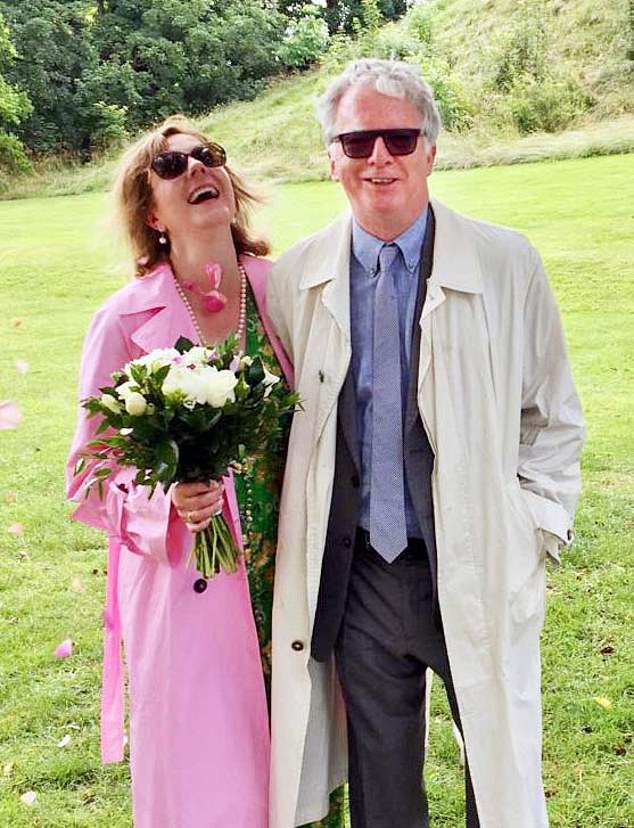 The couple, who met at a mutual friend’s supper party, live in North London and have two children, Rosalind, 27, and Gabriel, 20

She added of Brody, 78, however: ‘I’m ridiculously soppy about him, and it would be amazing to say that to the world.’

Having different careers, she thinks, has helped their relationship endure.

‘I’m very glad to be with somebody who’s not in the industry because I’m a bit of an obsessive.

‘I get very submerged in a piece of work, and if I lived with another actor, it would be a bit suffocating.’

Before she embarked on a passionate affair with Sir Peter Stothard, Ruth Scurr described herself as a ‘historian, biographer and literary critic, mother, lover, gardener’.

I can reveal that the Cambridge University academic, 49, has married the former editor of The Times two decades her senior.

The pair exchanged vows at Castle Hill, Cambridge, on Tuesday.

‘It was a small, intimate and very lovely wedding,’ fellow academic Mary Beard tells me. ‘I was a witness. It was a nice civil ceremony and a jolly nice lunch afterwards.’

I disclosed in February that Sir Peter, 70, had left his wife of 40 years, the best-selling novelist Sally Emerson, 66.

She had cuckolded him with the Hitch- hiker’s Guide To The Galaxy author Douglas Adams just a few months after their wedding.

IT’S A FLAG DAY FOR MARTHA

She’s the former face of Royal Ascot, but Martha Sitwell is now a model football devotee.

The ebullient socialite, 40, watched the Euros semi-final with friends and was so thrilled with the England win that she wrapped a St George’s flag around her waist. 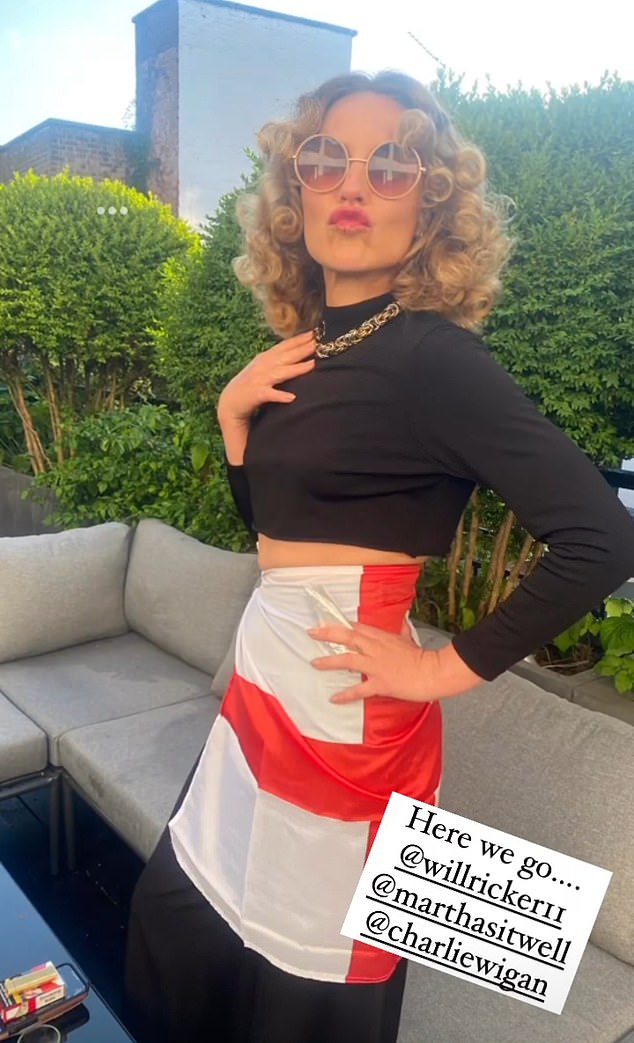 Martha Sitwell, 40, watched the Euros semi-final with friends and was so thrilled with the England win that she wrapped a St George’s flag around her waist

Optimistic about the final against Italy, she tells me: ‘I’m hoping for another decline and fall’ — referring to the book of the same name about the end of the Roman Empire.

The Danes, however, did leave an impression on the ex-wife of baronet Sir George Sitwell: she’s developed a crush on goalie Kasper Schmeichel.

‘We all of us have feet of clay,’ Martha sighs.

It’s the country’s most exclusive sports centre, with a Georgian clubhouse set in 42 acres next to the Thames in Fulham — but all is not well at the Hurlingham Club.

Members of the 152-year-old institution, where the Duchess of Cambridge takes her children to play tennis, are up in arms because of a change in its ‘byelaws’ which instructs them ‘to be courteous to each other; be tolerant of each other and not act in such a way as to cause other members to be reasonably offended…’

One irate member fumes: ‘The club has gone woke. Don’t they think members know how to behave?

‘They are also letting people use their mobile phones everywhere, and babies and buggies in all areas.’

Chief executive Alan Flitcroft also told members, who pay £1,200 a year in fees, that they are now allowed to sit or lie on the club’s manicured lawns — a controversial perk that was allowed during the pandemic to encourage social distancing.

However, a proposed trial for a new nanny policy — which reviews whether child carers should continue to be allowed free entry — has been put on hold after the club was bombarded with objections within 24 hours.

While Princes William and Harry marked the 60th anniversary of Princess Diana’s birth by unveiling a statue at Kensington Palace, her nieces are following her charitable example. 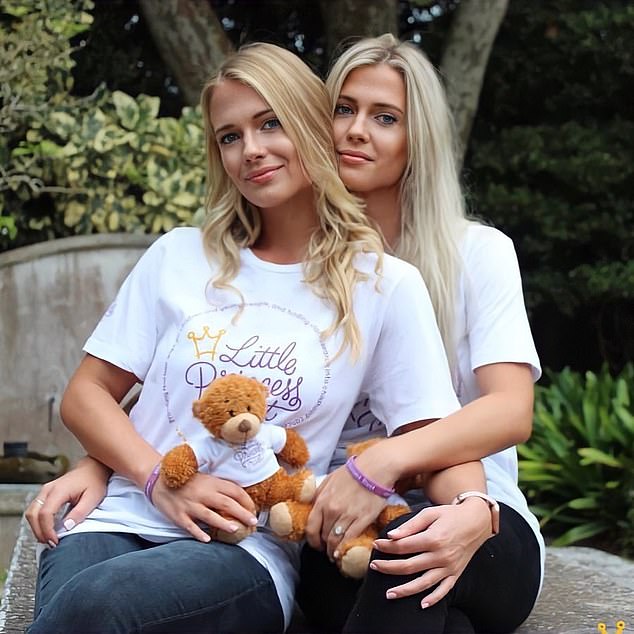 Lady Eliza and Lady Amelia Spencer, Earl Spencer’s daughters, have just announced their partnership with The Little Princess Trust, which provides wigs of real hair to children suffering from cancer.

‘We know this will be a cause very close to our hearts,’ say the twins, who turn 29 on Saturday. No doubt, their aunt would have been very proud.

His company’s supplied Harrods with smoked salmon for more than a century, and fed the Queen for her Diamond Jubilee banquet, but owner Lance Forman is now being irked by hipster upstarts.

‘They are potentially acting illegally,’ Forman tells me.

He claims that in order to be London Cure, the smoky crust must be sliced off, which his rivals don’t do, enabling them to make a bigger profit. Secret Smokehouse believes it’s entitled to use the term.

‘Smoked salmon used to be a real treat,’ Forman says.

While most of us were celebrating England’s semi-final victory, Oscar winner Dame Emma Thompson’s daughter, Gaia Wise, reveals she had to call the police because she was terrified by unruly fans.

‘I get the football, I do, but I had four people try and climb a pole to get onto my balcony area,’ explains Gaia, whose first-floor flat in North London was besieged with revellers from the pub across the road. 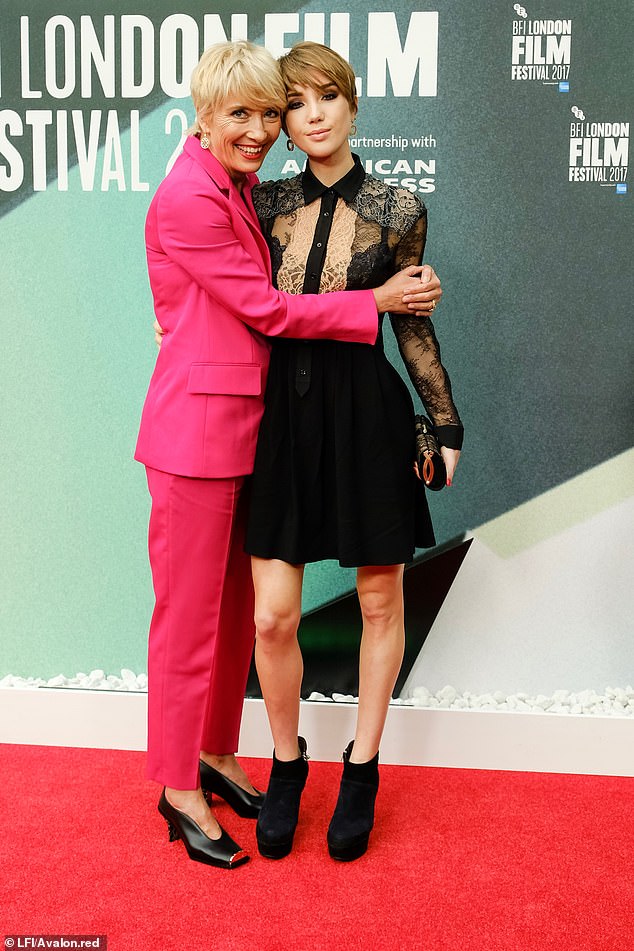 Oscar winner Dame Emma Thompson’s daughter, Gaia Wise (both pictured in October 2017), reveals she had to call the police because she was terrified by unruly football fans

The 21-year-old actress — whose father, Greg Wise, played Earl Mountbatten of Burma in The Crown — dialled 999 at 11pm.

‘I also saw four people get knocked out and land on their heads,’ she adds. ‘It doesn’t need to be this mad. I was honestly scared.’

Her film Bend It Like Beckham turned Keira Knightley into a star, but Gurinder Chadha claims she’s been rejected as director of big-budget movies due to racism and sexism.

‘I go up for films all the time and I’ll get to No 2 — and then it’ll generally go to the white bloke because he’s just a safer bet,’ she says.

‘I watch films and think: ‘I could have done a better job with that if they’d given it to me,’ but they just think I’m good with Indian things or with kids or women.’

The actress admits of her new miniature dachshund puppy, Budgie: ‘I am preoccupied with how to keep her entertained. I talk about her as if she were my child.’

Bonas, 32, who married estate agent Harry Wentworth-Stanley last summer, adds: ‘My Google search history includes ‘tips for surviving the first 30 days with a new puppy, bonding with my pooch and how do I know if I’m becoming a dog bore?’

PAGE IS READY TO REVIVE HER FESTIVE CHEER

For Joanna Page, who stars in Gavin & Stacey, which Corden co-wrote with Ruth Jones, is campaigning for a revival of the hugely popular BBC comedy. 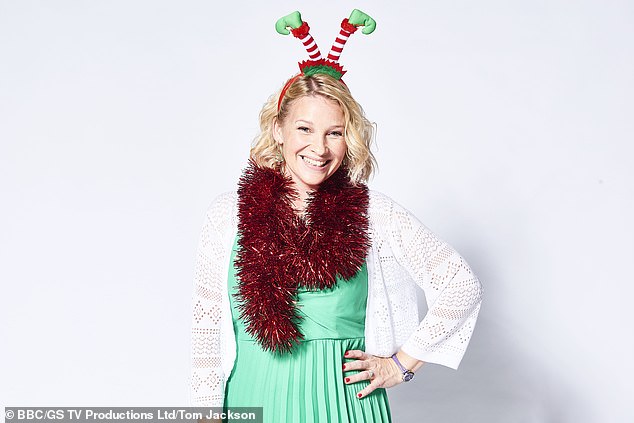 Joanna Page, who stars in Gavin & Stacey, which Corden co-wrote with Ruth Jones, is campaigning for a revival of the hugely popular BBC comedy

‘We’ve got to do it soon, before one of us ends up dying. Not being miserable, but we’re all getting older.’ She’s only 44.

POTTER BOOKS ARE TURNING TO GOLD

Most people given a precious first edition of a Harry Potter book, signed by J. K. Rowling, would treasure it for ever.

However, Hebe Beardsall, who played Ariana Dumbledore in the film Harry Potter And The Deathly Hallows, is selling hers to the highest bidder.

The book is to go under the hammer at Tennants Auctioneers in Leyburn, North Yorkshire, later this month and is estimated to fetch between £3,000 and £4,000.

‘This is the first time I can recall a Harry Potter first edition inscribed to a cast member coming up for auction,’ Tennants books expert Dominic Somerville-Brown tells me.

‘So it is extremely rare and starts a new chapter in Harry Potter book collecting. Without the inscription it would be worth about £10.’

A first edition of Rowling’s inaugural book in the series, Harry Potter and the Philosopher’s Stone, is also listed by the auction house with an estimate of between £20,000 and £30,000.

09/07/2021 Celebrities Comments Off on EDEN CONFIDENTIAL: Madly star Juliet Stevenson is to wed her boyfriend
Lifestyle