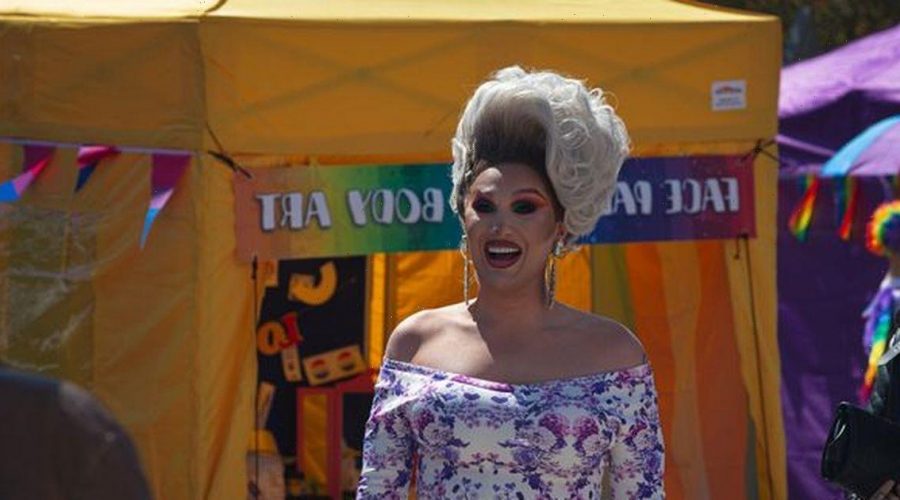 Emmerdale fans have praised producers for their “beautiful” scenes as the soap’s village celebrated its first Pride event on Wednesday 30 June.

Viewers were treated to the soap’s first ever Pride themed episode on Wednesday night, which followed the journey of various characters throughout the village.

And the popular Yorkshire based soap made sure to pull out all the stops for the event as the cast came together to celebrate the LGBTQ+ community in a special event.

But to make the event truly memorable, ITV producers managed to hire RuPaul’s Drag Race UK winner of season one, The Vivienne, to appear in the ensemble cast.

And Vivienne couldn’t join the show without causing her own drama too, as fans got to watch her throw down some sass both on stage and off.

Meanwhile, the show followed some relationship issues with new couple Aaron and Ben, while transgender character Matty was ever the perfect boyfriend as he looked after his girlfriend Amy when she had too much to drink.

Fans quickly took to Twitter to share their happiness as the Dales recognised and celebrated Pride in a happy, accepting and positive light.

One viewer wrote: “Thank you @emmerdale for tonight. Hopefully one day we won’t need #pride because we will be accepted every day. #lovewins.”

Another agreed: “Loving the #pride scenes on @emmerdale tonight! #HappyPrideMonth be PROUD @ITV”

Meanwhile, another fan praised representation of a trans character on the show, who said: “Don’t watch the soaps anymore. Haven’t for yrs, but I've tuned into this #Emmerdale #Pride episode.

“The show has been a front runner in raising & representing LGBTQ+ profiles for yrs. Given the toxic media around #trans issues atm, we Stan them for having a trans character.”

Another added: “Absolutely obsessed with Emmerdale pride and even more obsessed with @THEVIVIENNEUK making an appearance hahaha #emmerdale”.

This comes after the drag star shared how it was an “honour” to be a part of the long-standing soap’s first Pride episode.

She said: “The first Pride, I mean what an honour to be part of that. It’s not only an honour to be here, it’s amazing to be making history by being in Emmerdale’s first Pride event making sure the LGBTQ+ community have a voice in soaps.

“There are already LGBTQ+ characters in soaps but bringing Pride into the people’s living rooms that may not normally attend one is brilliant. Well don’t Emmerdale and ITV.”

Emmerdale airs on weekdays at 7pm on ITV