According to multiple new reports, Brad Pitt is no longer a bachelor. According to Page Six, the Oscar-winning actor is now in a relationship with 27-year-old German model Nicole Poturalski.

Rumors had previously linked Pitt to Arrested Development actress Alia Shawkat years after his divorce from Angelina Jolie, but it seems that Pitt has actually been seeing Poturalski since late 2019.

Here’s everything you need to know about Brad Pitt’s new girlfriend.

Even though you might not have heard much about Poturalski before, chances are you’re about to. The model has been developing her career in recent years, while also building an Instagram following. 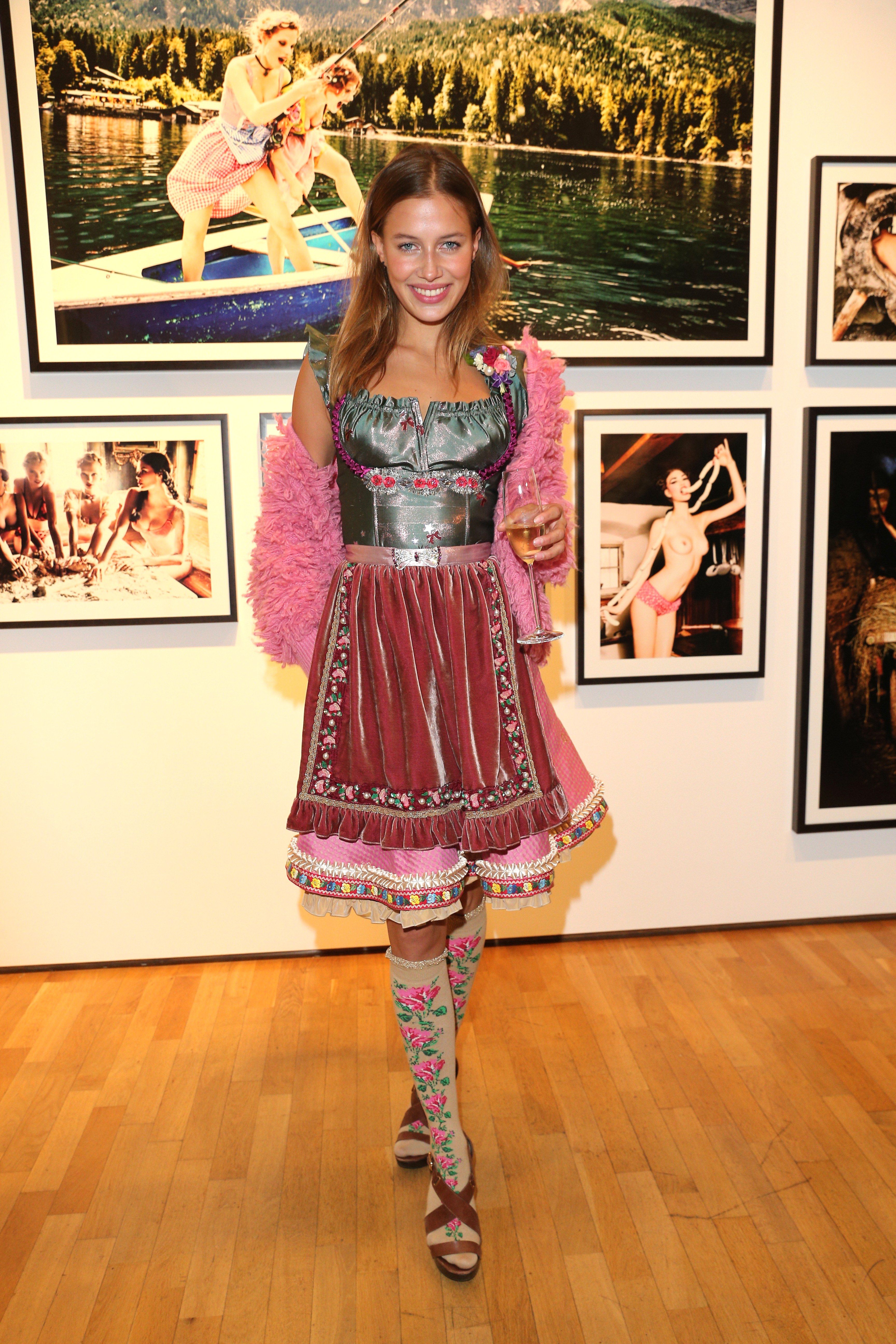 As noted by ELLE, Poturalski uses the name Nico Mary professionally and is represented by A Management, Official Models, and NEXT Models. She’s already appeared on several magazine covers, including ELLE Germany.

According to the Daily Mail, Poturalski dreamed of becoming a marine biologist when she was growing up, but that all changed when she was discovered by a model talent scout at Disneyland Paris.

Nicole was photographed with Brad in November 2019.

Though their rumored romance was kept extremely quiet up until now, photographs taken in November 2019 suggest that Pitt and Poturalski may have been seeing each other last year. The reported couple sat side by side at Kanye West’s Sunday Service at the Hollywood Bowl in Los Angeles. 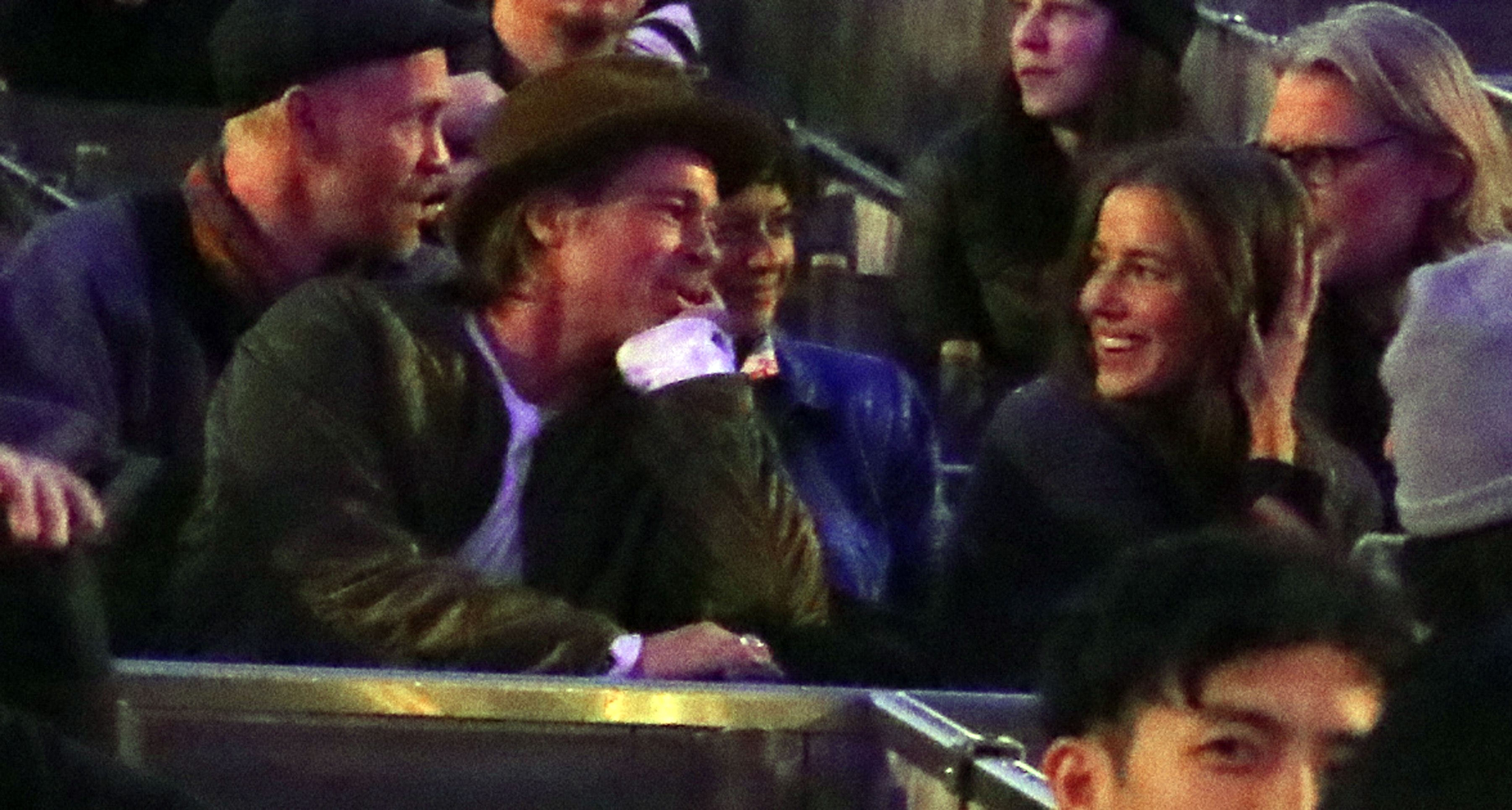 At the time, Pitt was being linked to Shawkat, who could be seen sitting just behind the actor. It seems now, however, that Pitt was actually seeing Poturalski, who he was animatedly chatting with throughout the event.

While the low-key romance may have been going on for quite some time, it didn’t catch the public’s attention until Pitt and Poturalski boarded a private jet at Paris–Le Bourget Airport in August, per Entertainment Tonight. According to the publication, an eyewitness spilled, “They were seen driving in a chauffeured vehicle that took them to the airport for their next flight… They took the one hour flight and were spotted arriving in the South of France.”

According to the Daily Mail, Pitt took Poturalski to “Château Miraval, an estate he purchased for $67 million in 2011 with his ex Angelina.”

Nicole has a son called Emil.

While Pitt is a father of six, model Poturalski reportedly has one son named Emil. She occasionally shares photos of her son on Instagram, and in a February post, referred to her child as her “Best Friend.”

And in May, she celebrated all mothers as she wrote, “Little love letter to all moms, that try so hard, give so much love, time and heart. Don’t sleep, worry too much and love even more. You are great.”

Little love letter to all moms, that try so hard, give so much love, time and heart. Dont sleep, worry too much and love even more. You are great.

She’s not afraid to get political.

In May, Poturalski took to social media to share a photo of herself wearing a shirt with the slogan, “Protect Kids Not Guns.”

Pitt and Poturalski have yet to publicly confirm their relationship, but Poturalski has subtly hinted that she’s dating someone in a number of social media posts. In March, she wrote on Instagram, “Saturdays these days for me is self reflection, reading books spending time with my better half.”

Saturdays these days for me is self reflection, reading books spending time with my better half.

In February, she captioned a photo taken in Los Angeles, “Missing my strolls with my Love 🌙💥.” In hindsight, maybe she was hanging out with Pitt in Hollywood.

Missing my strolls with my Love 🌙💥

27/08/2020 Celebrities Comments Off on Everything You Need to Know About Brad Pitt’s Rumored Girlfriend, Nicole Poturalski
Lifestyle