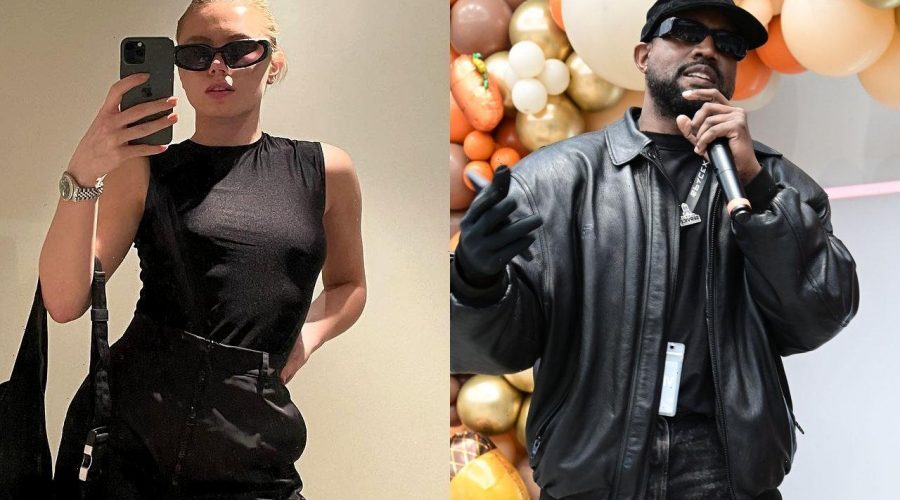 A few days after the ‘Donda’ artist was caught watching ‘Top Gun: Maverick’ with the blonde beauty, his girlfriend Chaney Jones was spotted enjoying her dinner alone.

AceShowbiz -The identity of Kanye West‘s mystery movie date may have been revealed. Fans speculated that the blonde beauty who sat next to the “Gold Digger” hitmaker during the screening of “Top Gun: Maverick” was Monica Corgan.

Over the weekend, Ye was caught watching the Tom Cruise-starring action film with Monica sitting next to him. In a black-and-white photo initially uploaded on Instagram by a photographer named Motta Fied, the 44-year-old hip-hop star could be seen enjoying the movie with his female companion. “Forgot to mention…went to see @topgunmovie the other night and sat next to @kanyewest,” Motta captioned the snapshot.

Many social media users quickly pointed out that Ye’s new date appeared to be Monica, who is an Instagram model known for being an ambassador for the swimwear brand BoutineLA. Fans were also convinced that Monica was the one who sat next to Kim Kardashian‘s ex-husband as she posted a snap of her legs in her Balenciaga boots while sitting inside of a movie theater on the day Motta’s snap was taken.

In the comment section of Monica’s post, many Instagram users left similar messages, asking whether she and Ye watched “Top Gun: Maverick” together. “U saw top gun wit Ye?” one person wrote with another wondering, “Are u ye’s new girl?”

Others, in the meantime, believed that there’s trouble in paradise in Ye’s relationship with his current girlfriend Chaney Jones. Adding fuel to the speculations, Chaney was spotted having a solo dinner on Saturday night, June 4.

For the solo outing, Chaney wore a pair of black square-heeled Balenciaga sandals and held a pale pink Hermes Birkin bag. The First State Behavioral Health COO also flaunted the “Ye” tattoo on her left wrist, which she first unveiled in May.

Additionally, Chaney hasn’t been pictured with Ye since their trip to Tokyo last month. They visited Japan after just six weeks of dating. The trip also came after the “Donda” artist reportedly introduced her to his family.

In an Instagram clip posted by Ye’s cousin in April, Ye and Chaney could be seen waiting in line as they took turns with other family members to greet his cousin’s grandmother, who was celebrating her birthday at the time. Later in the video, Chaney shared a warm embrace with the elderly lady. “My family including my cousin Kanye surprised my grandma for her 85 th bday.. Been to [sic] long since I been was a great day..,” read the caption of the post.