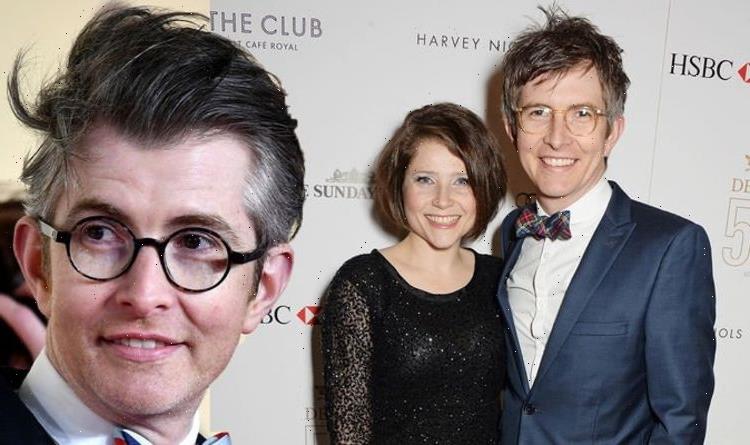 The Choir: Gareth Malone speaks to inmate at Aylesbury Prison

Gareth Malone, 46, is best known for his television appearances in programmes such as The Choir, which focuses on singing and introducing choral music to new audiences. The musician has previously revealed that working from home was a “complete nightmare” as he shared the spare room with a screaming toddler.

It was a complete nightmare.

Gareth shares three children with his wife Becky, with the family living in North London.

Their eldest daughter Esther was born in 2010, with their son Gilbert born in 2013 and their youngest Dvora born in 2019.

Gareth has a studio at home now to focus on his work away from his family, however, the star has explained things were not always so peaceful at home.

Speaking to the Radio Times, Gareth said: “I’d been planning to have a studio built in the garden for three years.

“I wanted a soundproof music room so that not only would I not disturb the neighbours, but they wouldn’t disturb me – kids screaming, people mowing their lawns.”

The broadcaster added that his “wish has been granted” with the studio, but he wasn’t expecting to spend so much time working from there this year as a result of the coronavirus lockdown.

He continued: “When it was finished, just before Christmas last year, I was thinking, ‘I can’t wait to spend some time out here making music’… and my wish has been granted, though not in the way I was expecting!

“Before that, I was in the spare room where the baby is.

“It was a complete nightmare because I couldn’t concentrate and now I feel so lucky to have this space.”

Gareth was inspired by the lockdown to personally coach small groups, including frontline NHS workers, online while creating and performing tracks to represent how Britain is feeling during the pandemic.

The musician will be returning to the BBC this evening to showcase a heartwarming musical performance in Blackburn.

Blackburn was one of the areas worst hit by Covid, leaving Gareth to want to bring the community together to celebrate the NHS and raise money.

Talking about why he decided to choose Blackburn the broadcaster said: “Blackburn really suffered so it felt like a good place to go and give them an opportunity to do something nice.

“It’s about trying to celebrate how amazing people are under difficult circumstances.

“I’m hoping it’s a real family show that people can watch together and enjoy.”

Staff and patients from Royal Blackburn Hospital, talented youngsters from the town and a caring pub landlady perform new takes on classics including Good King Wenceslas and Silent Night, plus a new song was written for the show.

Gareth added: “I definitely feel if you pick the right song on the right occasion that the song becomes a vessel, a place to put your feelings.

Gareth has also recently been helping Gary Barlow with his festive album that has just been released.

Blackburn Sings Christmas With Gareth Malone is on BBC Two this evening at 8pm.