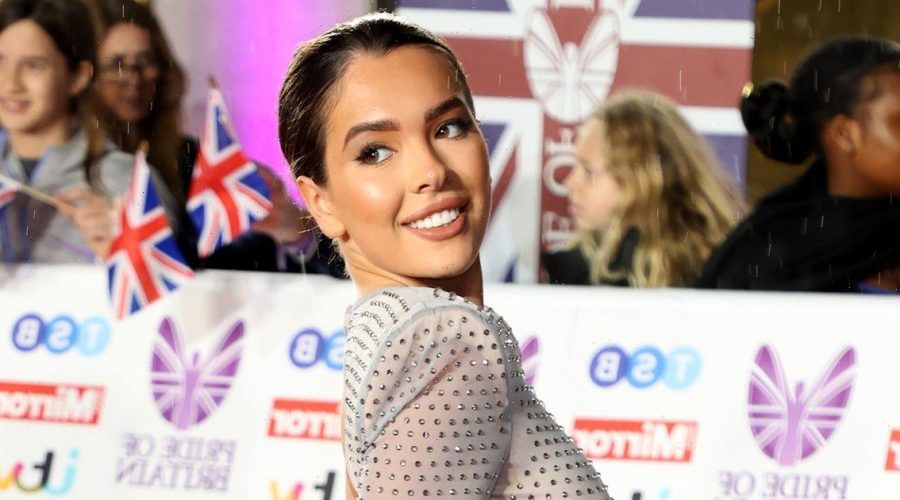 Gemma Owen has wowed in another bikini days on from being labelled as “literally perfect”.

Gemma, 19, is currently on holiday in Dubai alongside her retired footballer dad Michael Owen and the rest of their family, with Gemma’s boyfriend Luca Bish also in tow.

The brunette beauty has been documenting their lavish trip abroad on social media, and has been showcasing her enviable physique in a range of stunning bikinis.

She firstly got chins wagging in a stunning navy blue two-piece, and has since showcased her abs in another bikini which she paired with cargos and what appeared to be a white linen shirt on her Instagram Story.

Luca and Gemma put on a loved-up display on the ongoing luxury trip abroad, shutting down any rumours of them having broken up.

The couple shared a sweet selfie to social media from their luxury getaway as they spent the day taking in the sights on a boat.

Gemma wore a brown bikini and threw a white shirt on top of her swimwear as she posed for the photo with Luca, 23, adding an emoji of hands making a heart sign afterwards.

Posting a photo of the skyline a short while later, she added: “Such a good day with the family.”

Their sweet photo comes after it was pointed out that the 19 year old failed to mention her beau whatsoever in her recent Tatler interview, sparking the publication to question if Gemma had put their romance on the backburner.

After discussing her love of horse riding, her family and her time on Love Island to some extent, the magazine went on to note: "…And she has no plans to move to Brighton. In fact, she doesn’t mention the L-word all day. Not ‘love’ – Luca. Is the fishmonger no longer the priority?"

Before her chat with Tatler, Gemma shared with us earlier this month that while they’re not living together, she and Luca are still “fine”.

“We’re living separately, but it’s fine,” she explained. “Whenever we’re free, he’ll either come up to Cheshire or I’ll go down to Brighton.”

She added: “If we’re both busy in London, we’ll always find time [to see each other]. But at the moment I’m still in Cheshire because I’ve got everything there.”