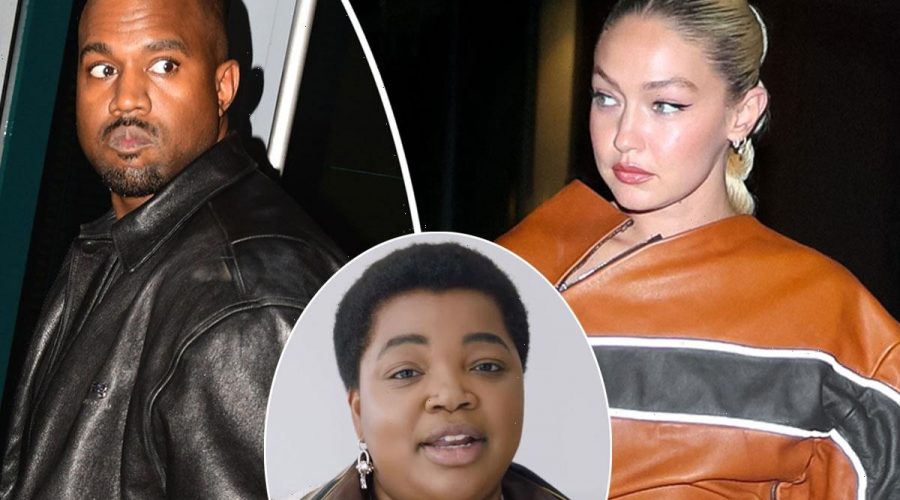 The latest Kanye West fashion abomination is tapping into white supremacist notions — and he’s lashing out at critics who dare call him out on it, going so far as what we’d call bullying.

Gigi Hadid is not at all pleased with the Jesus Walks singer’s response to Vogue contributing editor Gabriella Karefa-Johnson’s criticism of his highly controversial Paris Fashion Week show, in which he joined models in sporting a “white lives matter” shirt on the catwalk. In case you didn’t hear, she eviscerated the point he was “trying to illustrate,” explaining in texts he was showing:

It may sound like a harmless science fiction concept, but it’s actually one of the cornerstones of current white supremacist thought. Gabriella explained:

“The danger is that, this very premise, the idea that white supremacy is in danger of extinction is what justifies mass incarceration, murder en masse, indeed even the advent of slavery. The idea that blackness must be snuffed out or it will surely supersede whiteness in power and influence if given the chance and it’s so hugely irresponsible to furnish the most dangerous extremists with this kind of fictional narrative.”

As you may recall, the idea of an underpopulation crisis is gaining popularity among certain folks. That imaginary problem is completely driven by the fear of whites becoming a minority — remember that next time Elon Musk goes on a Twitter rant about it.

We’re just so glad Gabriella has the brains and the guts to call this what it is.

As we’ve reported earlier, this was a genuine take on a fashion show, coming from a well-known stylist and fashion director who was invited to the presentation. But as we know, Kanye’s ego got in the way and he ended up personally attacking her by posting pictures mocking her outfit to his Instagram, writing:

Right. Because ad hominem attacks are the way to show you’re a genius. Sigh…

Gigi was not about to stand by as Ye bullied Gabriella. The supermodel decided to pour her own thoughts into the comments section of his post, writing:

“You wish u had a percentage of her intellect. You have no idea haha…. If there’s actually a point to any of your s**t she might be the only person that could save u. As if the ‘honor’ of being invited to your show should keep someone from giving their opinion .? Lol. You’re a bully and a joke.”

She honestly said what a lot of us were probably thinking… See the it all (below):

Kanye is known lashing out at any criticism, but this wasn’t just too far — it was desperate and gross. And everyone saw. Twitter users quickly agreed with Gigi, writing in the comments things like:

“We stand by Gigi”

“She ended him with ease”

Hopefully Kanye will realize one day how misled he is on these social issues. In the meantime, we’ll be standing by Gabriella and Gigi.

Thoughts, Perezcious readers? Let us know in the comments (below)!

04/10/2022 Celebrities Comments Off on Gigi Hadid BLASTS Kanye West For Bullying Vogue Editor: 'You Wish U Had A Percentage Of Her Intellect'
Lifestyle