Strictly Come Dancing professional Giovanni Pernice has shared an adorable tribute to his girlfriend Ashley Roberts, admitting the singer has ‘stolen his heart’. 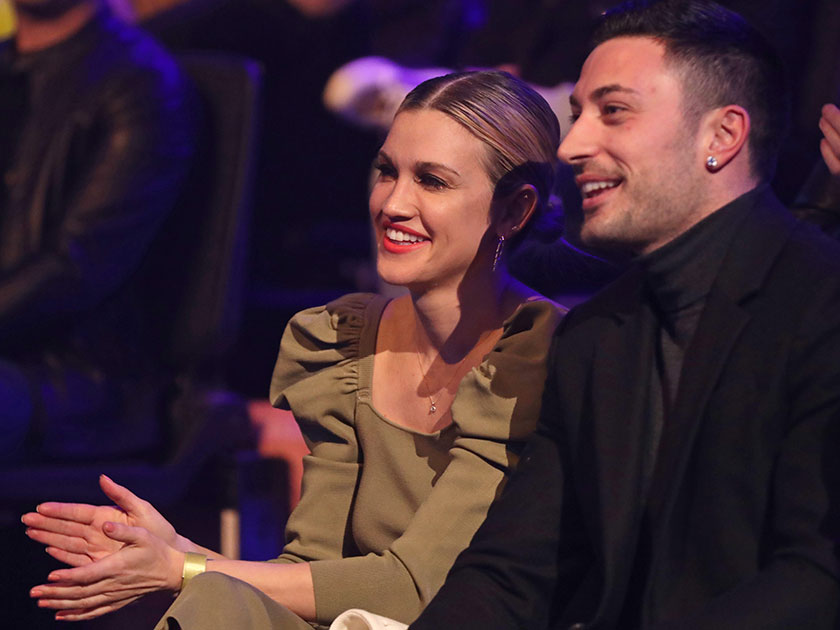 The 28-year-old proved how madly in love he is with the 37-year-old former Pussycat Doll as he shared a rare selfie of him and Ashley locking lips. So cute!

MORE: Strictly Come Dancing 2019: Find out which celebs are rumoured to be joining the line-up

Captioning the snap, he gushed: ‘I never thought anyone would ever make me smile, laugh and steal my heart as fast as you did !! I love you amore.’

Fans of the couple rushed to comment on the sweet post, with one delighted person writing: ‘IM SO HAPPY FOR YOU GUYS❤️❤️❤️❤️.’

Another said: ‘The captions the cutest thing ever!!’ While a third added: ‘IS SO CUTE AND U GUYS R SO SWEET!! IM SO HAPPY YOUVE FOUND EACHOTHER.’

While Giovanni’s Strictly pal Neil Jones joked: ‘”Wow u said that to me yesterday and @gorka_marquez last week.’

The loved-up pair have kept fans updated on their romance by sharing a few smitten photos of themselves over the last few months.

They’ve already enjoyed a few holidays away together and Ashley has been supporting her beau while he’s on tour.

Giovanni and Ashley began dating after they appeared on the BBC dancing competition together in 2018, although the pro was partnered with Steps singer Faye Tozer, while Ashley was teamed up with Pasha Kovlev, who has since left the show.

Meanwhile, Strictly will be back on our TV screens in just a matter of months. Celebs rumoured to be appearing in the 2019 series include radio presenter Chris Evans, newsreader Huw Stevens and TV star Fearne Cotton.

We know what we’ll be doing each weekend come September…