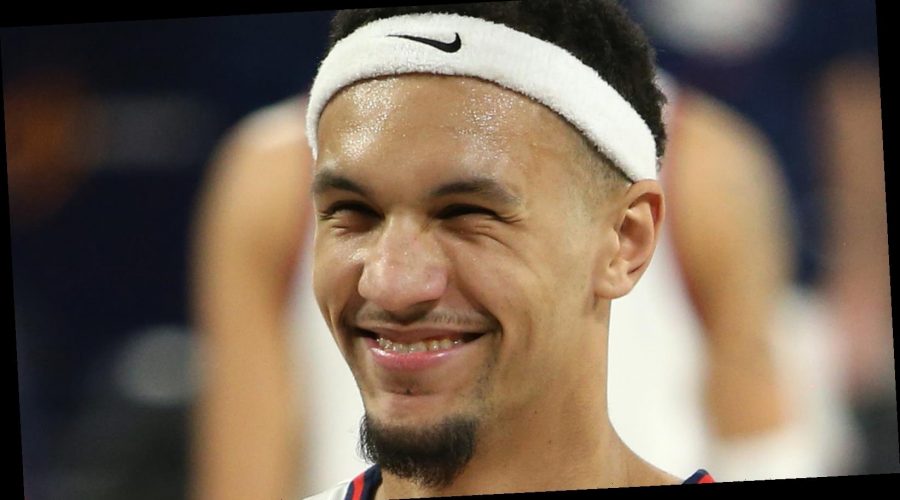 You know what they say… “The apple doesn’t fall far from the tree.” Case in point: potential 2021 NBA draft pick Jalen Suggs, who currently plays for the Gonzaga Bulldogs. While the impressive athlete has made quite the name for himself — in the games of both basketball and football — one can’t help but reference the long lineage of sports superstars Jalen hails from when his name comes up.

As reported by Babcock Hoops, Jalen’s famous family tree includes NFL linebacker Terrell Suggs and NBA player Eddie Jones. But even with a pedigree like his, he remains humble. When asked during an interview in high school about the many interest letters he acquired, Jalen just shrugged it off. “My dad doesn’t really tell me about them. He tells me to stay focused,” to which we say, easier said than done when various colleges in the country are knocking at your door.

But how has his family ties shaped his athletic career? Keep reading after the jump to find out.

Jalen Suggs had to make a difficult decision

As reported by Yahoo! Sports, Jalen Suggs’ passion for both basketball and football caused him to embark on some major soul-searching early on in his life. And while it’s undeniable that Jalen harbors talent for both sports, we can’t help but imagine that having famous family athletes hailing from both professional sports worlds made that difficult decision even harder.

During an interview with Yahoo! Sports, Jalen’s father, Larry Suggs, discussed how his son’s natural affinity for football comes out even while playing basketball. “When Jalen comes off, his shoulder is always very low so he can always be in the attacking-the-basket mode,” Larry explained. “That’s just like taking a handoff in football. You have to stay low like that and that’s something Jalen innately knew since he’s done it so many times on the football field,” he added.

Ultimately, however, Jalen did opt to pursue basketball, just as his famous cousin and NBA player Eddie Jones did many years before him. “He cried for a week trying to make that decision,” his father confessed during the phone interview. “I think what brought the tears is we do a lot of football in the community and for him to not be able to play football anymore and be down with the little kids and stuff like that, it really broke his heart.”