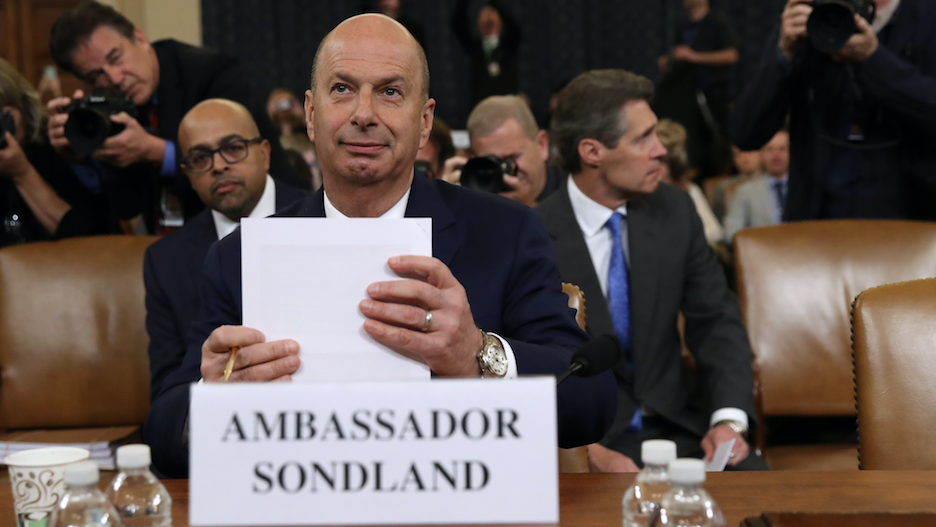 Former U.S. ambassador to the European Union Gordon Sondland, a key witness in the 2019 House impeachment probe, sued former secretary of state Mike Pompeo and the United States for $1.8 million on Monday. He sued for legal fees incurred during that probe.

According to the suit, filed in D.C. and reviewed by TheWrap, Sondland said Pompeo reneged on a “legally binding promise” that the American government would cover his fees.

Sondland testified in 2019 that there was a “quid pro quo” linking the Ukrainian president’s meeting with then-President Donald Trump and investigations into the Bidens, Burisma and debunked accusations of 2016 election meddling. 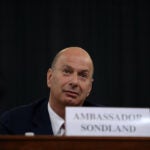 “I know that members of this committee have frequently framed these complicated issues in the form of a simple question: Was there a ‘quid pro quo?’” Sondland said in his sworn statement at the start of the House Intelligence Committee hearing on the Trump impeachment inquiry. “With regard to the requested White House call and White House meeting, the answer is yes.”

In his suit Monday, he said Pompeo told him government lawyers would not be available to him, but if he hired his own, the fees would be covered. Sondland said after his testimony, he was asked to — but refused to — resign by the State department, at which point he asked about the fee repayment. “After that,” the suit said, “everything changed.”

“Indeed, it was quickly made apparent that only false comfort could be taken from the assurances that his attorneys’ fees and costs would be reimbursed,” the suit said. “When Ambassador Sondland refused to resign, hours later on that same day, February 7, 2020, President Trump and Pompeo fired Ambassador Sondland. Since then, the Government has bobbed and weaved in the face of every attempt by Ambassador Sondland and Private Counsel to satisfy the Indemnity Undertaking.”

Attempts to reach Pompeo or a representative for comment were unsuccessful.

24/05/2021 Celebrities Comments Off on Gordon Sundland Sues Mike Pompeo, US for $1.8 Million in Legal Fees
Lifestyle