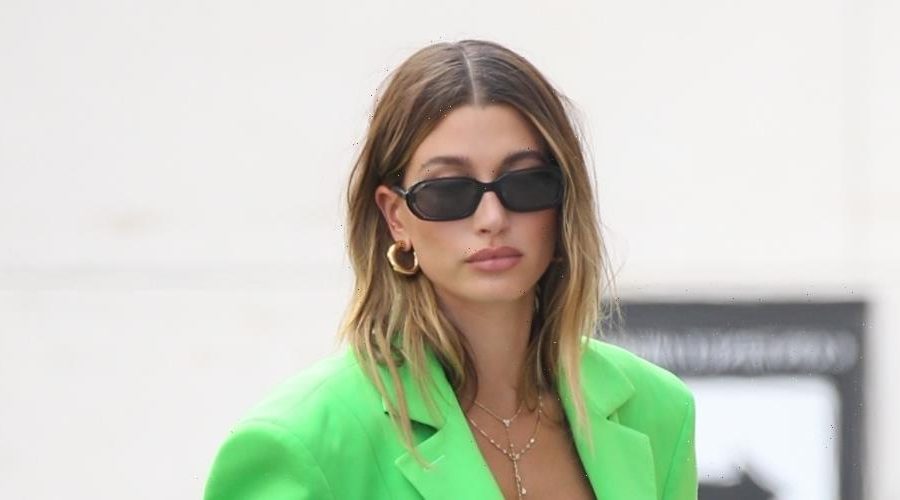 Hailey Bieber shows off her long legs in a pair of short shorts while arriving for a business meeting on Monday afternoon (April 19) in Beverly Hills, Calif.

The 24-year-old model, who wore a bright lime green blazer and matching heels, kept her laptop close to her while heading into the office from the parking garage.

Just a few days before, Hailey was seen out with husband Justin as they arrived for a friend’s wedding.

PHOTOS: Check out the latest pics of Hailey Bieber

Over the weekend, the band Almost Monday released their new single that they named after Hailey called “hailey beebs”.

“High socks ’til your knees/Just like Hailey Beebs,” the lyrics read. “You’re the one I’m chasing/ I don’t care no more, I’ll be at your door/ Waiting to run to you, baby.”

The track will be featured on the band’s second EP, which is due out in June.