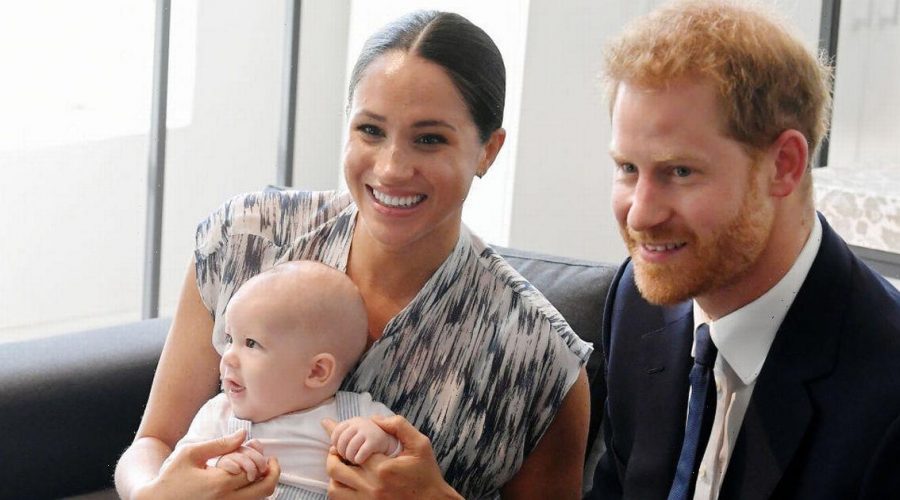 Meghan Markle and Prince Harry have revealed what their eldest child Archie's favourite song is as they sang it during a recent visit to a US military base on Thursday, 11 November.

The Duke and Duchess of Sussex went to Joint Base McGuire-Dix-Lakehurst in New Jersey to speak Afghan refugees who had recently arrived after they evacuated when their country fell to the Taliban.

During their trip, Meghan, 40, who recently gushed over her husband as she stunned on the red carpet in New York, and Prince Harry, 37, spoke to a classroom of children who are learning to speak English.

According to The Sun, the former Suits actress held up different coloured pens in front of the kids as they shouted out the correct colours in response, demonstrating how far their language skills have come.

The Duchess also sang a round of "heads, shoulders, knees and toes" with the children, which they were told is her two year old son Archie's favourite song.

Harry and Meghan also spoke to service members and their partners to reflect on the day of commemoration in the UK and Veterans Day in the US on the same base.

The royal couple, who are also parents to baby daughter Lilibet, were all smiles as they posed for pictures.

Harry, who served in the military himself for ten years, which included two tours of Afghanistan, looked dapper in a grey suit with a white shirt while Meghan donned a a black Giorgio Armani faux-wrap dress.

She accessorised with Giorgio Armani heels, a Cartier watch and bracelet and another bracelet by Jennifer Meyer. The pair also wore red poppies for the occasion.

Speaking to the veterans, Harry shared: "My experience in the military made me who I am today, and I will always be grateful for the people I got to serve with – wherever in the world we were."

Opening up on mental health, he continued: "But in war, you also see and experience things you hope no one else has to.

"These stay with us, sometimes like a slideshow of images."

A day earlier, Harry joked about "living the American dream" while attending the Intrepid Valor Awards to honour veterans in New York ahead of Remembrance Day.

The royal, who recently slammed "rabid" and "damaging" media in a bitter speech, discussed his time on hotdog-shaped car "Oscar Mayer Wienermobile" while addressing the audience at the Intrepid Sea, Air and Space Museum.

"It’s wonderful to be back on USS Intrepid a decade after my last visit – and a lot has changed since then," the royal said, before joking: "Just last week, I went for a ride on the Oscar Mayer Wienermobile – how’s that for living the American dream."

Stay up to date with all the latest on Meghan Markle and Prince Harry by signing up to OK!'s daily celebrity newsletter.