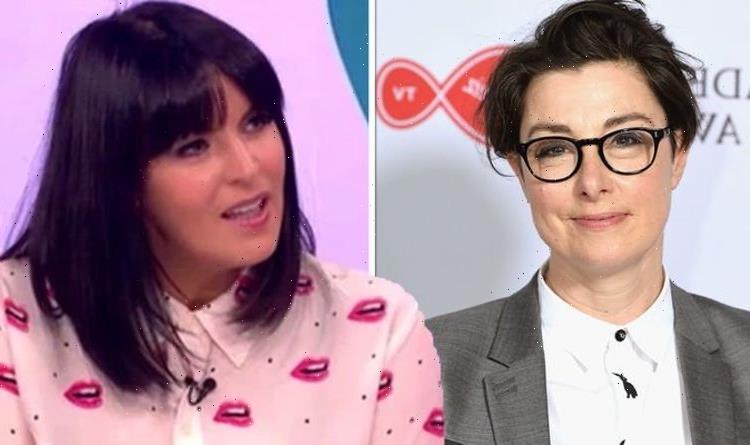 Anna Richardson, 50, split from her partner of seven years Sue Perkins, 51, recently. Following their separation, the Changing Rooms presenter has shared some of the issues she’s had since moving out of their home together.

Anna and Sue began dating following the presenter’s split from her partner of 18 years.

They’re thought to have met at a Halloween party before keeping their romance under wraps for a while.

However, back in June, reports emerged the couple had separated.

While Anna hasn’t opened up about the split specifically, she shared how she’d recently moved out from the house they shared together.

The presenter admitted she’s been struggling with interior design in her new pad.

She explained: “In my head I think I’m Kelly Hoppen but in reality I haven’t got a clue about interiors.

“So every wall is white and I have grey carpets.

“It’s everything they rail against,” she added of her Changing Rooms co-stars.

She continued to Daily Mail’s Weekend magazine: “I dread to think what would happen if they walked in because while I love their creations, I don’t think I could cope with them.”

Anna also shared how she’s been thinking about how she can have children following their split as well.

She said: “You think you have all the time in the world, then life goes past and you realise it’s no longer possible.

“Where does that leave me? And where should I put my love?

“I’d like to nurture a family so I’ve started some research but it’s complicated.”

Elsewhere, Anna has been responding to some viewers complaining about the new version of Changing Rooms on social media.

She presents the programme, which is a reimagining of the original hit series.

One viewer wrote on Twitter: “I watched #changingrooms and that’s an hour of my life I won’t get back. Night x”

While another penned: “So unfunny trying to be funny #ChangingRooms.”

The presenter hit back: “But it was actually funny to film…sorry Gareth.”

However, the new series has got some great reviews from critics loving the return of Lawrence to the show.