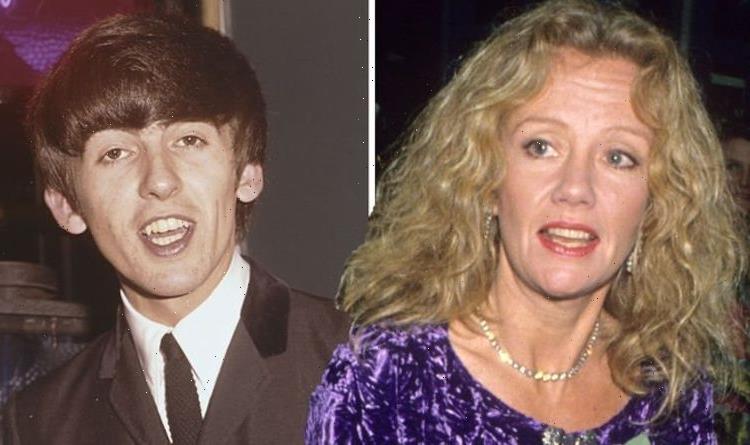 The Beatles: Get Back documentary teased by Peter Jackson

Oscar-winning actress Hayley Mills has opened up about going on a date with one of The Beatles. However, the star admitted her evening with George Harrison was almost derailed by screaming fans.

English actress Hayley was in her late teens when she landed herself a date with a member of the biggest boyband in the world.

Opening up about the period in 1964, Hayley recalled how she had been invited to the home of actor Richard Todd for a party.

Her mother was then determined it would be guitarist George who accompanied the young starlet to the event.

Hayley recalled how they had met a few days prior when her mother had asked for the musician’s number, admitting her horror as her mum phoned him up out of the blue to secure him as her date.

Writing in her memoir Forever Young, Hayley then shared how the night almost went south when they arrived at a cinema to a crowd of screaming fans.

She penned: “After a while, we were driven in a black limousine to the cinema.

“There was a huge crowd of fans waiting there. When he saw them, poor George went slightly green and cowed-looking.

“In all the chaos, someone managed to open the door and he sprang into a snake-pit of shrieking, scratching, maniacal girls.”

Hayley then added in the Daily Mail: “One of them nearly took my eye out with a jabbing Biro pen . . .

“Somehow we managed to fight our way into the cinema, clinging to our clothes for fear they’d be torn off our backs.”

The young actress admitted their date was frequently interrupted by people clawing for an autograph from the Beatle.

Hayley and George reunited as he drove her home at the end of the night but that was as far as their date ever went.

Hayley and Roy wed in 1971 and had a son, Crispian Mills, together before divorcing in 1977.

The actress also had a second son with British actor Leigh Lawson.

Since 1997, Hayley has been in a relationship with actor and writer Firdous Bamji.

George went on to marry model Pattie Boyd in January 1966 after they met on the film A Hard Day’s Night.

The couple had a son Dhani Harrison together, who is a British musician.