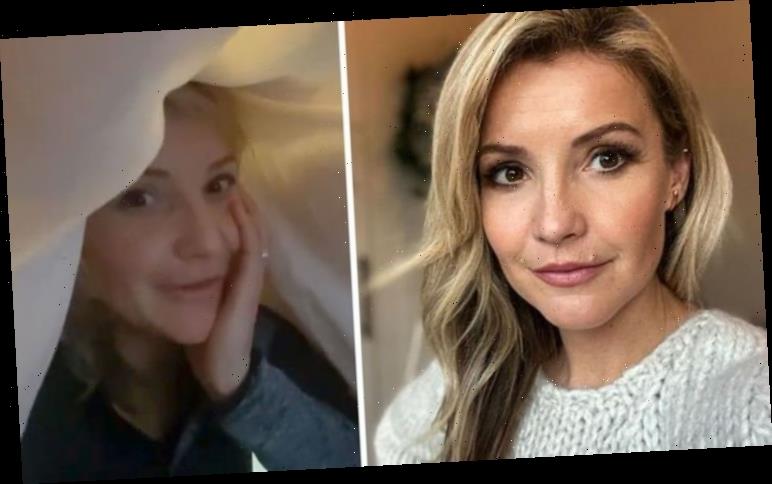 TV presenter Helen Skelton took to Instagram today to give fans a behind-the-scenes look at her set up, while working from home. The mum-of-two has created her very own sound booth in order to record voice-overs for her television shows, but she revealed she has also run into an unforeseen problem.

The 37-year-old, who is mum to Ernie, five and Louis, three, said her children like to climb on top of her legs when she is trying to work.

The star spoke about her sons’ painful escapades, while showing fans her make-shift studio.

The presenter has been perching on her bedroom floor with a duvet over her head to muffle any unwanted sounds and echoes. 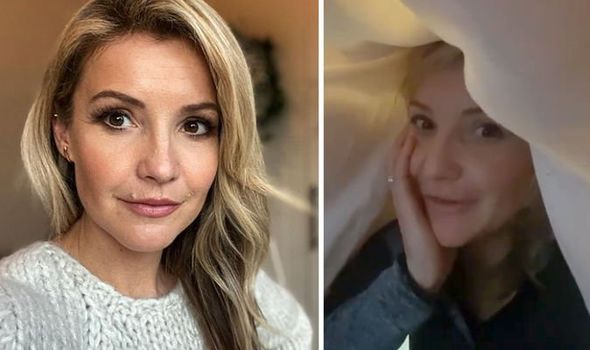 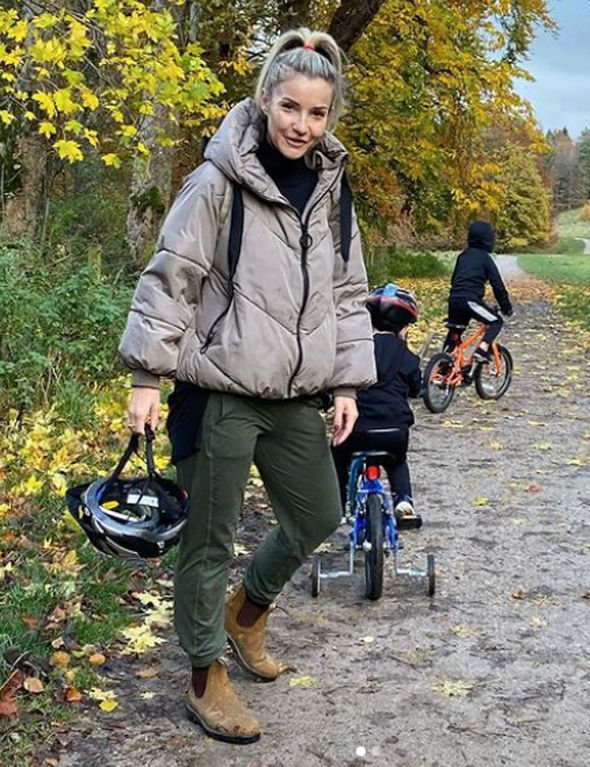 “I really can’t wait to go back into a voice over booth,” the fed-up Countryfile host told fans.

She went on to explain that she was in fact trying to work, while perched under the duvet.

“So basically, I put a duvet over my head and hover over the mattress so this has the same effect as a voice-over booth.

“But whenever I am doing this, because I’m leaning on the floor, my kids stand on the back of my calves.

“It kills!” she exclaimed. 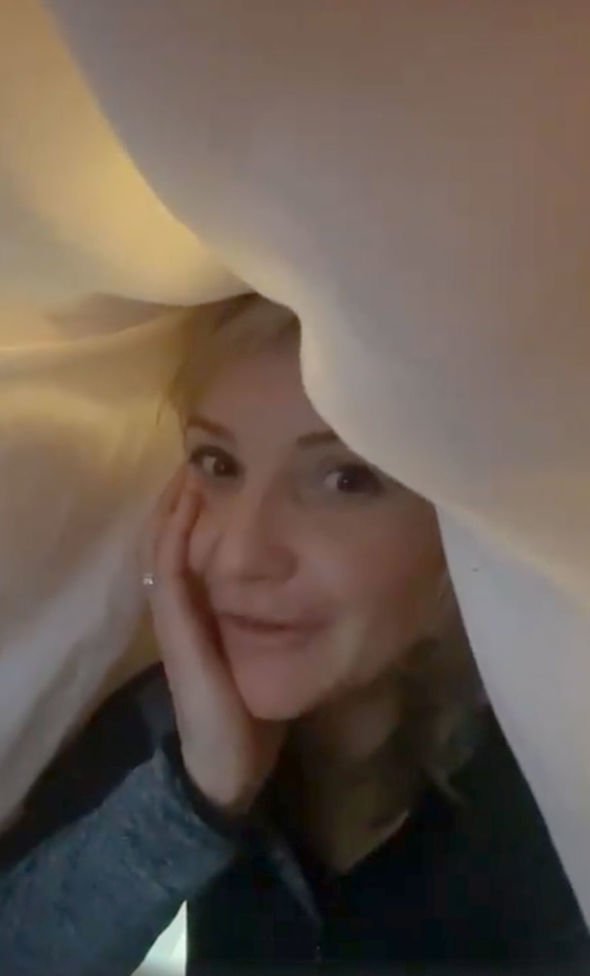 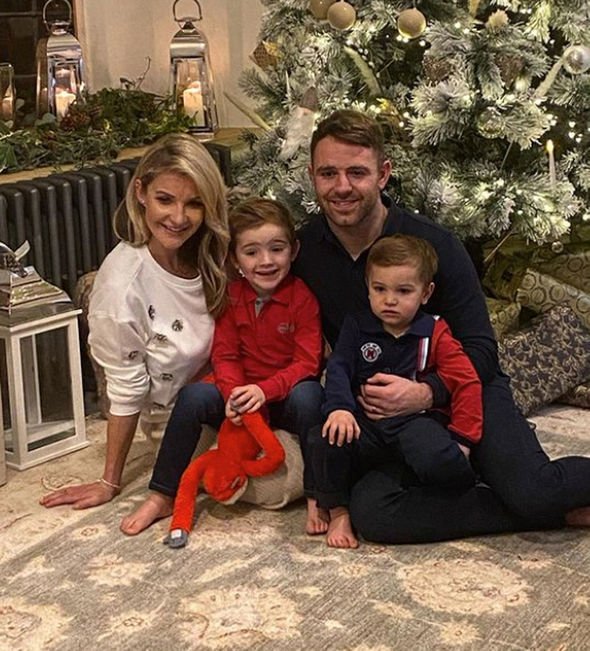 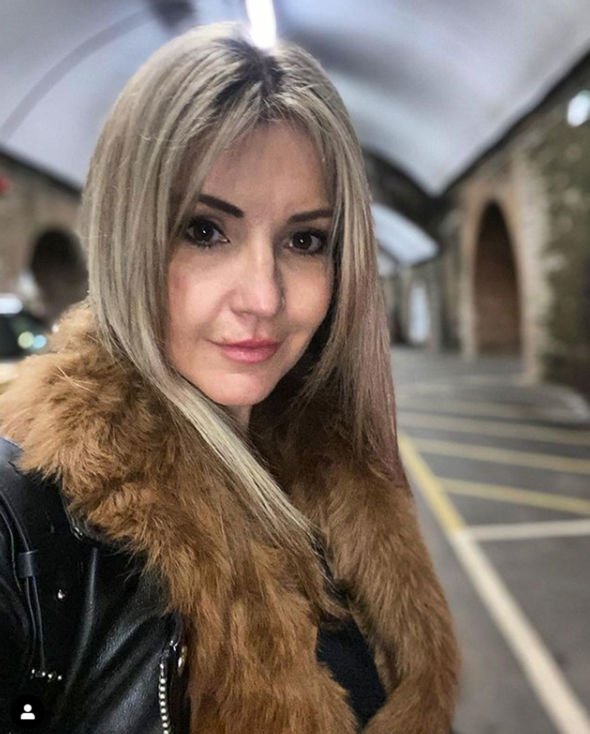 Earlier in the day, Helen expressed her disappointment at not being able to see her co-workers amid the third lockdown due the coronavirus pandemic.

As she got to work, she filmed her laptop as it played a scene from a forthcoming episode featuring her Countryfile co-presenters.

“Closest I get to my colleagues these days…,” she sadly wrote beside the footage.

She tagged Anita Rani and Matt Baker into the post.

Yesterday, Helen marked her return to work with a selfie, which she later posted on the picture-sharing site.

“Went to work. Wore grown up shoes and washed my hair. Felt odd.”

The former Blue Peter presenter, who could be seen in a leather jacket with a fluffy trim added: “Yes it’s faux fur – it’s cold,” before adding the hashtags #work #staysafe #covid.

Many took to the comments section of her post to pay her compliments and share their back to work experiences after the festive break.

“I’ve washed my hair and got dressed today too,” another amusingly added.

“I’m back at it next week too. Wondering if to cut my own fringe or go for the curtains look…” a third person remarked, before Helen candidly revealed that she had made some “epic” mistakes with her hair in the past.

“I have made some epic hair mistakes via diy – but I trust your handiwork!” she replied.

07/01/2021 Celebrities Comments Off on Helen Skelton: Countryfile host suffers painful issue as she struggles to work ‘It kills!’
Lifestyle