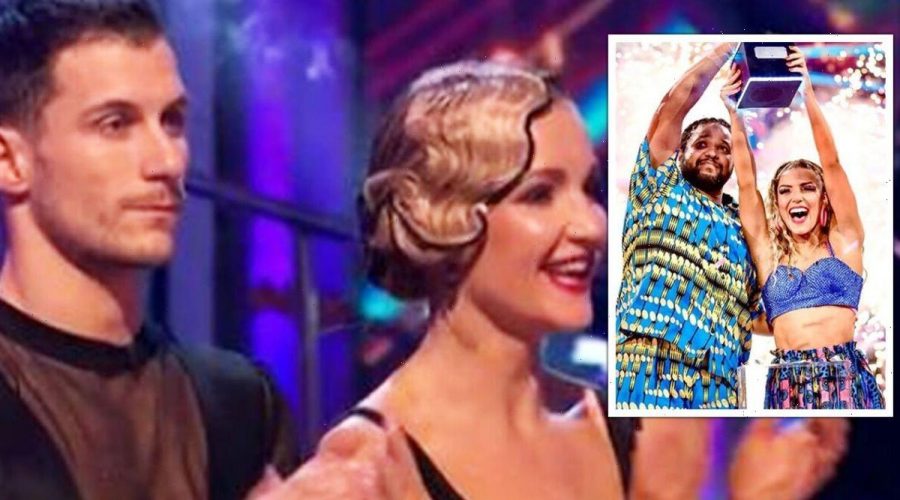 Strictly: Helen on Gorka being upset after final 'disservice'

Hamza Yassin was crowned Strictly Come Dancing’s winner but not everyone agreed with the result. Helen Skelton, 39, and her professional partner Gorka Marquez had been one of the favourites to win the show but the duo lost out to the wildlife presenter.

Hamza and his dance partner Jowita Przystal received the lowest score of the evening, 34, after a few mistakes, but he and Jowita bounced back with their couple’s choice, for which they received a perfect score of 40 from the judges.

The cameraman had been a hit with viewers and was a firm favourite throughout his time on the show.

But Robin Windsor took to Twitter ahead of the results and suggested Fleur East and her partner Vito Coppola were the rightful winners.

He tweeted: “Based on tonight Fleur and Vito should take home that mirror ball.”

Jaki tweeted: “Hamza was my favourite from show 1 but tonight Helen & Gorka should have lifted the Glitterball, with Fleur and Vito close on their tails xx.”

Caldergen commented: “I think it is easy to forget that this is an entertainment show, not Strictly a competition. That is particularly true of the final where judges’ scores play no part. Not the first final to see a winner who was not necessarily the best dancer. Want a proper contest take the public out.”

Janet remarked: “So glad for Hamza. But all those in the final were great. It was a good season.”

Dan wrote: “Since the voting opened after the 1st dance…voting was based on performance across the series & not a strict evaluation of Sat’s dances alone. There were many winners this series & much to praise all of the finalists.”

When Hamza and Jowita were announced as the show winners, most of their fellow contestants appeared to be delighted by the news, but eagle-eyed fans spotted a glum-faced Gorka.

The professional dancer has since broken his silence and said “life moves on” as his fiancée Gemma Atkinson took to Instagram to say that she was “gutted” by the result.

Gorka’s wife Gemma shared footage of the pair heading back to their hotel room, and a tired Gorka said: “Let’s go bed,” and Gemma added: “We are – I am gutted, I am gutted.”

Gorka looked at the camera and said: “What can I say?” with Gemma replying “What can you say?”

He added: “Life moves on,” and Gemma said: “You were both bloody fab.”

The radio presenter then showed her husband a sparkly crown that the wardrobe department had made for their daughter Mia, three, with Gorka saying: “That’s my trophy,” and Gemma commenting: “Who needs a glitterball trophy when you have got a crown?”

The following day, the pro dancer took to Instagram to congratulate Hamza and Jowita.

He shared a snap of the couple following their win and wrote: “The Champs!!! Congratulations to both of you for a great series!! #bravo.”

The Strictly Come Dancing Christmas Special will air at 5.10pm on Christmas Day on BBC One.