Holly Willoughby, 38, was left reeling after she was tasked by cheeky Celebrity Juice host Keith Lemon, 46, with crushing a tray of prawn cocktail and avocado using just her bottom. When the presenter noticed the comedian bringing the food towards her, she grew concerned about the “fishy” nature of the challenge. She cried: “Why have you given me fishy stuff? As if this isn’t bad enough.” After squatting up and down on the snacks, the team captain’s pink joggers were covered in a grotesque mess.

The This Morning favourite shrieked in horror when she spotted the stains on her clothes and promptly ran off stage to change.

On her return, an enraged Holly realised fellow star Paddy McGuiness, 45, had faced a much less filthy version of the game, after he was told to squash a bunch of flowers instead.

In response to this unfair treatment, Holly exclaimed: “What is happening here?

“I just had a low point in my career, I’ve just been in the toilet and put my foot over a sink to get access to what I had to wash out of my crack.”

She fumed to Paddy: “You just sat on a bunch of flowers!”

The presenter then threatened: “If I don’t get the b****y points…” 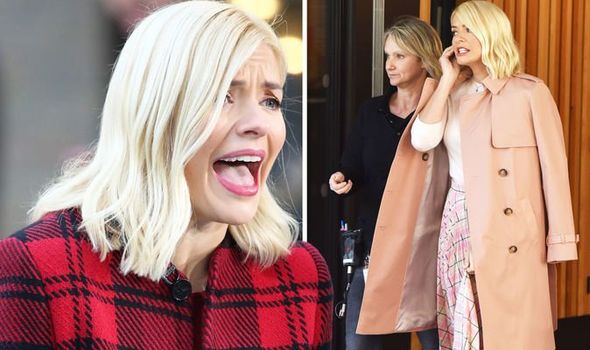 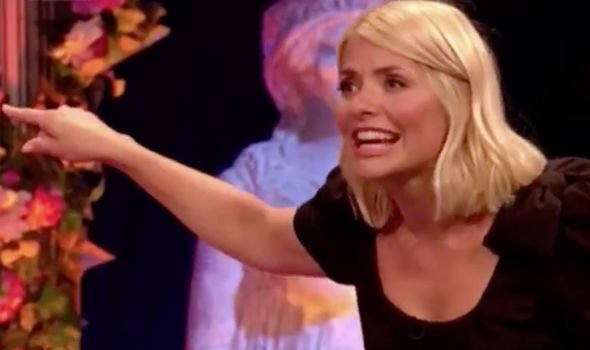 Fortunately, Holly’s valiant efforts managed to win her team the points from the task.

Elsewhere, the star showed her compassionate side as she reached out to a heartbroken viewer on This Morning.

During a segment where fans air their personal struggles, Holly’s co-host Phillip Schofield, 57, read out a message from a woman who was dealing with a break-up.

He said: “Laura says my partner broke up with me out of the blue after six years together.

“This forced me to move in with my parents, give up my job and start my whole life again. 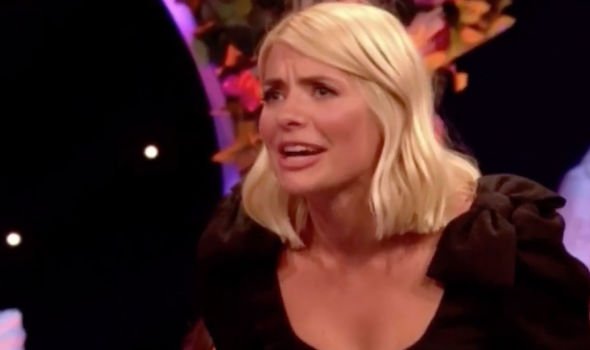 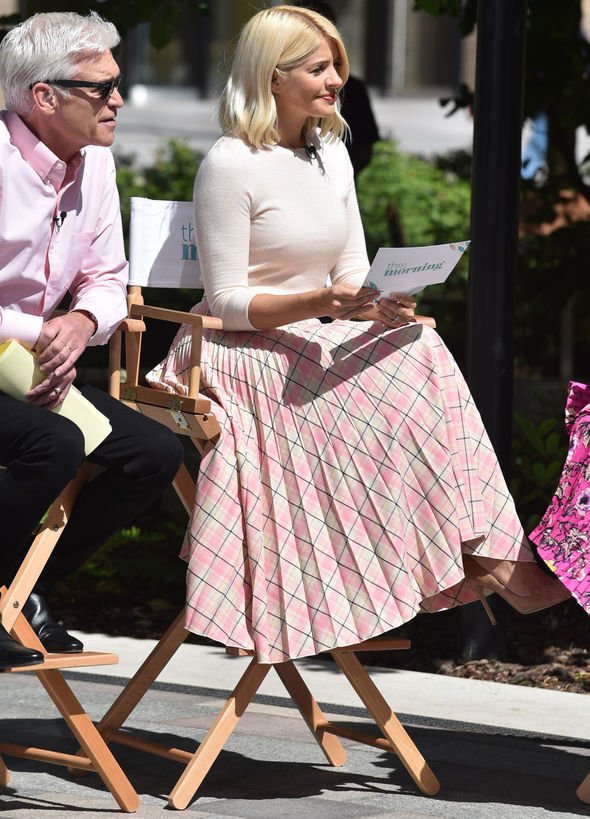 “Yet within two months of splitting, my ex had a girlfriend, never gave a reason for the break up.

“So how do I get past this, find closure and start again?”

In response to the story, Holly offered her advice about what the viewer should do in order to move on without knowing the reason behind the split.

She addressed the fan as she explained: “It seems like you’re looking for that reason,

“It won’t make any difference to how you feel, whether you’ll find out that reason or not.”

Holly then empathised with the situation as she added: “I know it’s frustrating.”

This Morning airs weekdays from 10.30am on ITV.