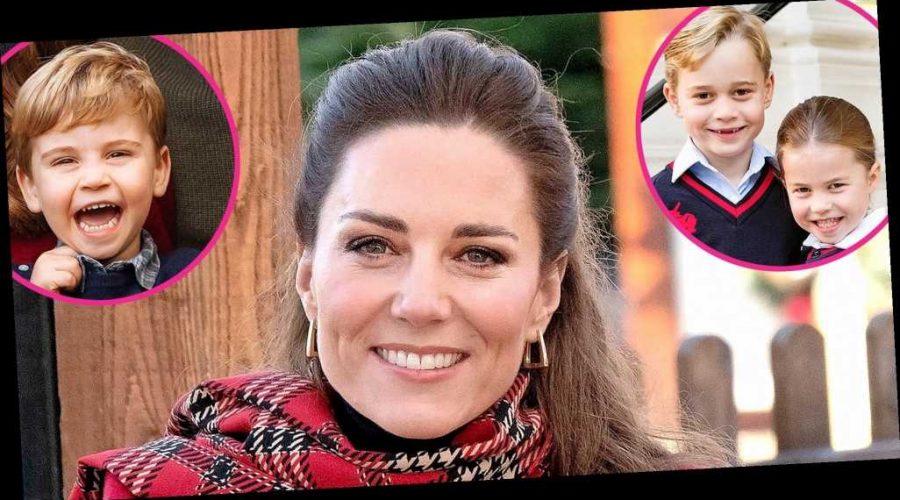 Putting the kids first. Duchess Kate would “hate” for her and Prince William’s three children to “see her upset or struggling” over Prince Harry and Meghan Markle’s tell-all interview, a source exclusively reveals in the new issue of Us Weekly.

Every Revelation From Meghan and Harry’s Interview

“The interview was particularly difficult for Kate to digest, but she’s pulled herself together and is staying strong for the royal family and her children,” the insider says. “Kate’s an extremely protective mother and while she’s all about open communication, George, Charlotte and Louis are still young.”

The Duke and Duchess of Cambridge are parents of Prince George, 7, Princess Charlotte, 5, and Prince Louis, 2. The source adds that Kate, 39, is “one of the most dignified women you’ll ever meet,” noting she has a “mind over matter attitude.”

Royal Family: Meet the Next Generation

“Kate is definitely strong enough to get through this,” the source continues. “She has a lead by example attitude, so it’s important for her to be a good role model to them. George and Charlotte are back at school, but she’s been spending her evenings with them. The children always brighten up her day, and she always says that when she goes through a difficult time, having her family there always helps. She feels so blessed to have her kids and a loving family.”

The Duke and Duchess of Sussex made headlines earlier this month after they made a series of allegations about the royal family, including claims that there were concerns about their son Archie’s skin color before he was born in 2019. Meghan, 39, also alleged that Kate made her cry during a heated moment leading up to the Suits alum’s wedding to Harry, 36, in 2018.

“A few days before the wedding she was upset about flower girl dresses and it made me cry. It really hurt my feelings,” Meghan said during the March 7 CBS interview. “It was a really hard week of the wedding. And she was upset about something, but she owned it, and she apologized. And she brought me flowers and a note, apologizing. And she did what I would do if I knew that I hurt someone, right, to just take accountability for it.”

A second source subsequently told Us that the two duchesses have not spoken “directly in over a year.”

Everything We Know About Kate and Meghan’s Complex Relationship

“They were never that close, but the reason they’re not speaking is because of the rift between Prince Harry and Prince William,” the insider told Us earlier this month. “Harry and William have communicated sparingly over the last year, but none of their communications have been friendly in quite some time. There is real animosity that the brothers have toward one another, and that has spilled over to Meghan and Kate’s relationship, making it very hard for them to be friends or even friendly.”

For more on the royals, watch the video above and pick up the new issue of Us Weekly, on newsstands now.