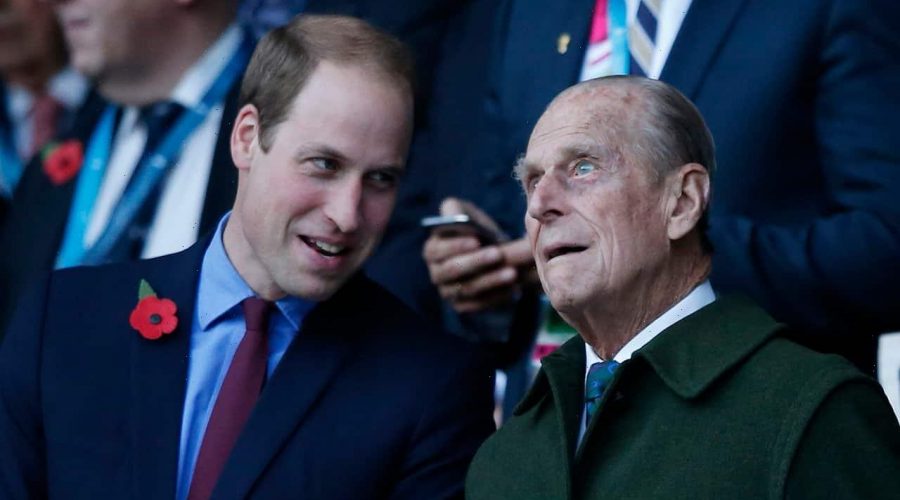 Prince Philip played a critical part in molding his grandson, Prince William, for future service one day as king.

For years, prior to his death on April 9 at age 99, Philip was instrumental in shaping William for the rigors that come with ruling over a nation – a position Queen Elizabeth II has held for 69 years since she took the throne on Feb. 6, 1952.

“Philip was crucial in helping coach William as a future King,” royal historian Robert Lacey and author of the biography “Battle of Brothers,” told People magazine in the publication’s latest cover issue.

“It was Philip’s idea to set up the lunches between William and his grandmother. When the time came for the Queen to talk business with William, Philip would quietly excuse himself because he didn’t feel that the constitutional side of the Queen’s job was something he wanted to interfere in,”  Lacey added. 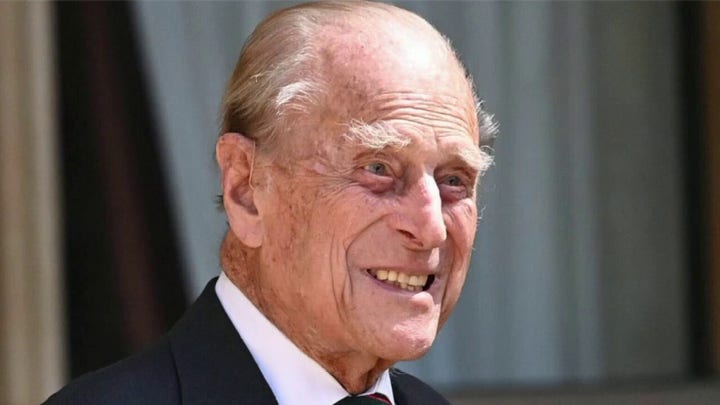 Philip had an innate ability to uniquely connect with different members of the royal family and many insiders said the late Duke of Edinburgh helped keep the family glued together for decades.

Many of Philip’s personal qualities, including some “elements of the serious and the fun” had also reportedly rubbed off on the father of three, 38, as well as his brother, Prince Harry, 36, royal biographer Penny Junor also relayed to the outlet.

The Duke of Sussex, who is sixth in line to the throne, “very much got his sense of duty and active service from his grandfather,” Junor said. “Because Harry is a much more relaxed character, he was able to bring in the more frivolous memories of his grandfather.”

In a statement from Harry obtained by Fox News, he paid tribute to his late grandfather shortly after his death. 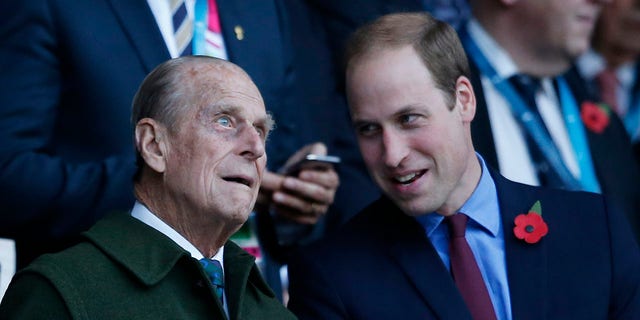 “My grandfather was a man of service, honor and great humor. He was authentically himself, with a seriously sharp wit, and could hold the attention of any room due to his charm — and also because you never knew what he might say next,” he began.

“He will be remembered as the longest reigning consort to the Monarch, a decorated serviceman, a Prince and a Duke. But to me, like many of you who have lost a loved one or grandparent over the pain of this past year, he was my grandpa: master of the barbecue, legend of banter, and cheeky right ‘til the end.”

All eyes were on Harry’s reunion with his older brother, Prince William, after the duo’s relationship was reportedly strained as a result of Harry’s decision to leave the U.K. as well as his participation in an explosive tell-all interview with Oprah Winfrey.

Rumors of a royal reconciliation sparked after witnesses spotted the brothers walking together and chatting it up. It was the first time the two had been together in public since rumors of a schism between them had surfaced. 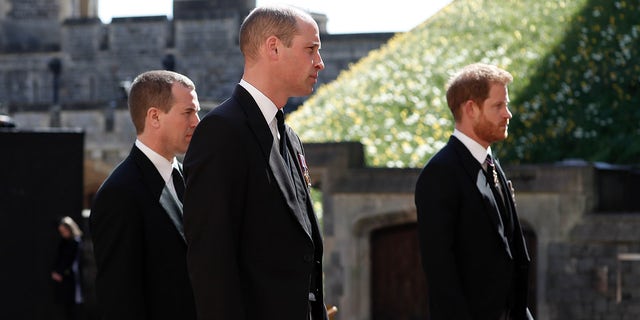 Prince Harry, right, Prince William, Peter Phillips, left, follow the coffin in a ceremonial procession for the funeral of Prince Philip. Rumors of a royal reconciliation sparked after witnesses spotted the brothers walking together and chatting it up. (Alastair Grant/Pool via AP)

“The procession choreography, in retrospect, was a mistake,” Lacey added to People on Thursday. “As we saw, they could have walked side-by-side quite happily after all. What pleased me afterward was that it all seemed so totally natural, and they drifted to each other like the old days.”

Fox News confirmed that the Duke of Sussex had arrived back on the West Coast as of Wednesday. The royal traveled solo to his former residence at Frogmore Cottage in Windsor where he stayed for the majority of his trip after an isolation period prompted by the coronavirus pandemic.

His wife, Duchess of Sussex, Meghan Markle, remained at home at the advisement of her doctor because she is pregnant with their second child.