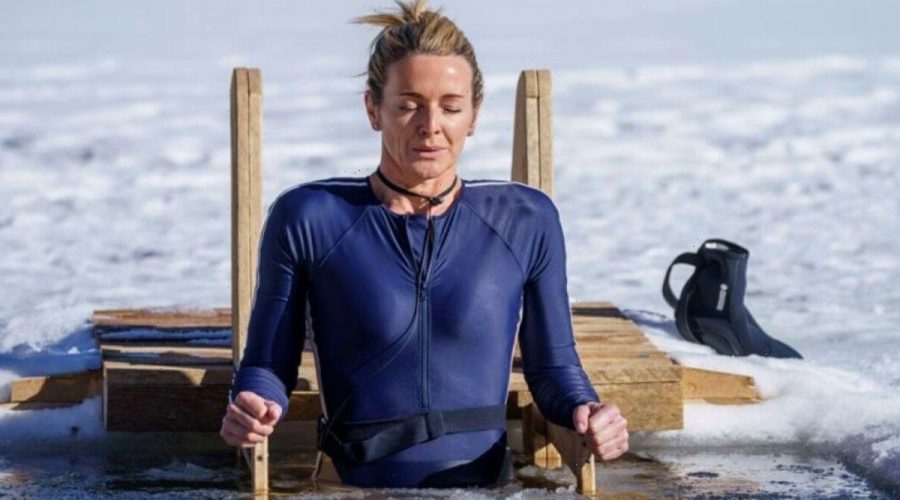 Gabby Logan reflects on the death of her brother

From talking breastfeeding with the Queen to all-night drinking sessions with rock stars to tales of tragedy and heartache – Gabby Logan’s new autobiography is not your average sporting memoir.

With three decades of broadcasting under her belt, and now widely regarded as one of TV’s safest pairs of hands, The First Half is refreshingly up front and anecdote-rich.

“I wanted to be honest about the knocks, setbacks and disappointments – especially as a mother of two 17-year-olds – and to demonstrate that life isn’t just some kind of perpetual upward curve,” says Logan, 49, the daughter of former Tottenham, Leeds and Wales star Terry Yorath.

After an itinerant early childhood following her father’s soccer career around the globe, the family settled back in the UK. Gabby represented Wales at the 1990 Commonwealth Games in Auckland, placing 11th in rhythmic gymnastics.

However, her life changed forever in 1992, at the age of 19, when her younger brother Daniel, 15, collapsed and died in the family’s garden in Leeds. He had been playing football with his dad and suffered a fatal attack of the heart condition hypertrophic cardiomyopathy.

Taking part in Freeze The Fear with extreme Dutch athlete Wim Hof this year, Gabby won plaudits for opening up about her grief.

Today she admits: “When you lose somebody in such a tragic way at such a pivotal period of your life you don’t know how different you might have been. I could have locked myself in a room at Durham University, smoked marijuana all day and never come out.”

Gabby reveals she already had unresolved trauma after surviving the 1985 Bradford City fire. She had left the stand shortly before the blaze and watched horrified as the disaster claimed 56 lives. Yet rather than self-destruct at the death of her brother seven years later, she suppressed her grief.

“I just kept moving and didn’t want to stagnate, sitting with my thoughts, which I’m sure a psychologist would have said was unhealthy,” she recalls.

“But mental health was different then and no one asked if I needed to speak to anybody. I didn’t seek out counselling until two years later. But if I’d done that in my 40s rather than my early 20s, I probably wouldn’t be married and living a settled life now.”

Her media career began in 1996 at Newcastle’s Metro Radio, when she was still a Durham University undergraduate. In 2001 she wed former Scotland rugby international Kenny Logan, who earlier this month went public about his prostate cancer battle.

The couple live in Kew, south London, with their IVF twins Reuben and Lois, and their marriage is widely praised as one of the most down-to-earth in sport. But Gabby’s early romantic adventures were a world away from the stability she now enjoys.

Aged 17, she embarked on a relationship with 28-year-old married Olympic runner Gary Staines, a liaison which shocked her children when they read her memoir.

“They were just horrified,” she admits. “They think it’s the most disgusting thing ever and became very moralistic when they discovered he was married too.

A greater calamity was narrowly avoided in a Cardiff nightclub in 1993, thanks to Gabby’s protective father, who was then managing the Welsh national team.

Celebrating a two-nil World Cup qualifier victory over Cyprus was Manchester United winger Ryan Giggs. A smitten Logan excitedly approached the then 20-year-old in Browns nightclub until a bouncer appeared at their side, relaying the simple but unrelenting message from her prophetic father: “No footballers.”

The brief encounter led to an interview with Giggs for Logan’s college magazine but no romance. “Me and Ryan Giggs? Well, I don’t think, on his track record, that would have lasted long, would it?” she says.

“I discussed the Giggs part with my agent after the recent court case, and they reminded me I wrote it in good faith and that you can never really know your heroes.”

Meeting famous faces has become second nature for Gabby, who anchored the Women’s Euro’s earlier this summer and will be a key part of the BBC’s coverage of the Qatar World Cup next month.

One memorable night unfolded when a chance encounter between Gabby, Kenny, Liam Gallagher and his then wife, All Saints star Nicole Appleton, turned into a 12-hour Barbados drinking marathon.

“We started at 3pm and finished at 3am and Liam didn’t disappoint. If you’re going to spend a night drinking with a rock’n’roll star, he absolutely lived up to his image, but let’s just say my hangover the next day wasn’t pleasant.”

Public figures do not come much bigger than the late Queen and the incoming Queen Consort, Camilla.

“I was at ITV when I met the Queen, and it was their 50th anniversary event at The Guildhall. It was only six weeks after I’d had Reuben, so it was the first time I’d got dressed up and gone out after giving birth,” she recalls.

“I was in this little group with Claire Sweeney and Kirsty Gallagher. Next to us were Ant and Dec with Cat Deeley then Chris Tarrant, and we were all being introduced as the Queen came along the line.

“Her lady-in-waiting had obviously told her I’d just had twins, so being naturally inquisitive the Queen asked me, “How does one breastfeed twins?” I told her there is a hold called the rugby ball hold. I was explaining this to her and then her time with our group was up.

“She barely got to ask a question of the other ladies and Claire Sweeney was like, “Oh, brilliant, look at you, just talking about your t**s!”, and then the Queen just wandered off.

“About two years later, I was invited to Clarence House because I was a Prince’s Trust ambassador, and had a tour of the gardens with Charles. We had drinks on a terrace and Camilla came out and started chatting to everybody.

“Her daughter was having twins so we were chatting about that. Then Camilla, who was lovely, said, “How do you breastfeed twins?” She laughs: “If I did some kind of childrearing book, there would be a whole chapter on the royals and their obsession with breastfeeding.”

Like Camilla, Gabby’s reputation among her peers and the public, is overwhelmingly positive, but earlier in her career, her bullish confidence nearly tipped over into arrogance and she almost became – by her own admission – “a bit of an ****hole”.

“If you’ve got certain people looking after you, that can fuel that behaviour and I can see that now. I was probably allowing myself to believe some of the things people were saying and perhaps I allowed myself to expect more than I should from situations.

“I never got to the point of saying, “Don’t you know who I am?” but I probably had a bit too much selfimportance for a period of time, which is not a good look.”

Her current focus is on helping her husband defeat prostate cancer, continuing to present her successful podcast series The Mid-Point, concentrating more on writing and appreciating what she’s achieved.

“What I’ll take into my 50s, which I think I’m already doing in my late 40s, is to be more in the moment,” she says. “There’s a lot in the world to be negative about, but we are still living in an incredible age with lots of incredible things to celebrate and I fully intend to make the most of it.”