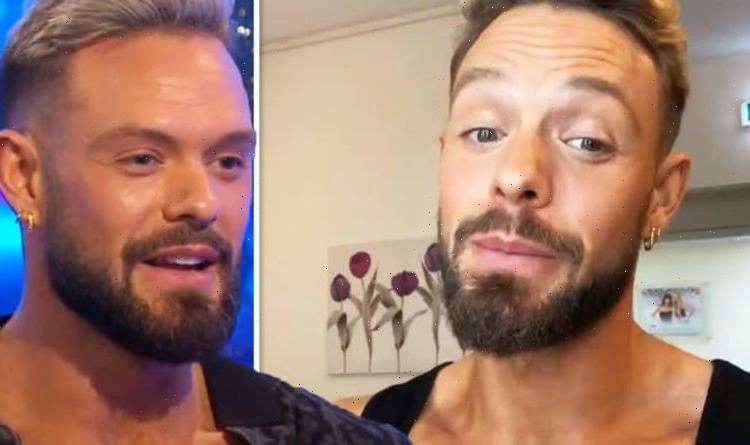 Strictly: John Whaite makes dig at Rhys over his training

Strictly Come Dancing star John Whaite has opened up about his battle with bulimia over the years, admitting that he still struggles with the condition “every single day”. The Great British Bake Off winner, 32, told how the eating disorder dictated what he would or wouldn’t eat, as well as revealing that he was on the low carbohydrate, high fat Atkins diet from the age of 12.

I am bulimic, I still struggle with that

The star recalled how when he was growing up, he lived in a household with female family members, who were constantly on various diets.

John said: “I grew up with two sisters and a mum who were always on SlimFast, on Weight Watchers, on the Atkins.

John went on to explain that he completely “cut” carbohydrates out of his diet, before reflecting on the decision.

Looking back on the move, he described it as a “dangerous” thing for a growing teenage boy to have done.

The Baker Off winner bravely admitted that he still struggles with the health issue to this day, adding that it affects all parts of his life.

John said: “I am bulimic… I still struggle with that… I go through moments where it doesn’t affect me.

“[But] every single day is a battle with an eating disorder because it takes over how you see yourself in the mirror, it takes over how many times you feel you should go to the gym, what you can or can’t eat.”

The Strictly star went on say that he’s finally embraced who he is and has accepted himself as an “amazing” individual.

“I went through a phase of wanting to shrink away, be discreet and small, whereas now I’ve realised I’m six foot two and I’m nearing 16 stone and that’s amazing,” he said.

John added: “I always say that I used to shrink away from the world, but now I want to take up my space in the world because I deserve to take up that space.”

He went on to tell Attitude magazine that he finally feels that he feels like he’s in a place where he has “control”.

Earlier this year, the Bake Off star opened up for the first time about his “very complicated” relationship with food.

Speaking on Channel 4’s Steph’s Packed Lunch, the baker broke his silence on struggling with body image while growing up.

Speaking about living with bulimia, John said: “But one thing I was aware of as being problematic for 12, 14 years was overeating and then purging.

“The painful forcing down of food and then that instant need to get that out of me,” he told the show’s host.

The NHS describe bulimia as an eating disorder and mental health condition, which is characterised by binge eating followed by purging, which can include vomiting, taking laxatives, and exercising excessively in an attempt to stop gaining weight.

The dance couple have continually wowed the judges since the first week and are set to perform a Rumba to Shape of My Heart by Sting this weekend.

Strictly Come Dancing continues at 6.45pm on Saturday on BBC One.

The December issue of Attitude is out now.