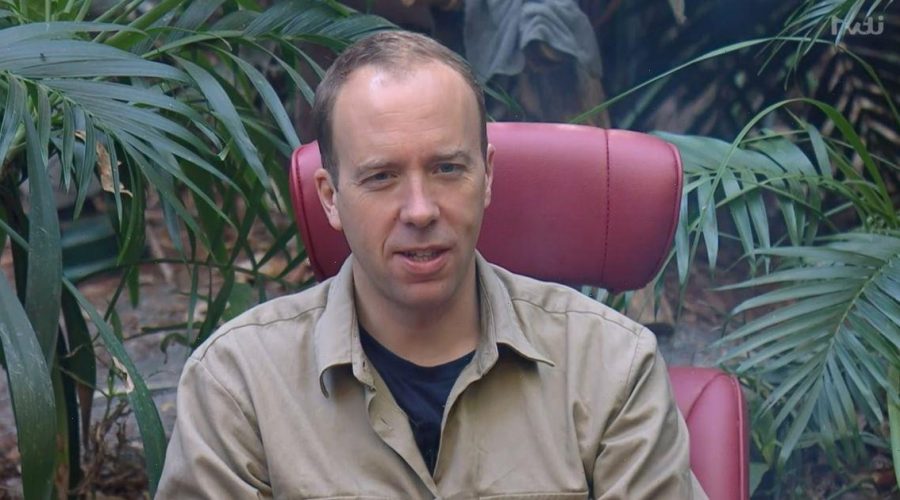 There was much anticipation for this year's I'm A Celebrity…Get Me Out of Here! after it made its triumphant return to the Australian jungle, having been prevented from being filmed there for the past two years due to Covid restrictions.

Naturally, it needed to come back with a bang, and signing popular former Love Islander Olivia Attwood (who had to leave on medical grounds), member of the royal family (by marriage), Mike Tindall, and iconic pop singer Boy George, was sure to have ITV bosses patting themselves on the backs.

The most controversial signing of this year's show, however, came in the form of MP Matt Hancock – formerly the UK health secretary, who was forced to resign in 2021 after he was caught cheating on his wife by kissing his aide Gina (still his girlfriend) and breaking his own social distancing restrictions.

There was plenty of uproar about his signing, prior to him entering the jungle, with everyone from the public to TV stars and politicians giving their opinion and, during his time in the jungle, he continues to divide opinion.

TV regulator Ofcom has revealed that it has now received 3,287 complaints, 1,764 of which are related to Matt's presence in the jungle, whilst the majority of the other complaints relate to the treatment of the West Suffolk MP.

Ofcom released a statement via their blog last week which read said that over half of the complaints "objected" to Matt being in the jungle, whilst others complained at his treatment from other campmates.

The statement also said: "It’s worth being aware that under our rules, in principle – and taking into account freedom of expression – there's no ban on any particular person taking part in programmes.

"However, if the mere presence of a person is likely to cause offence, we would expect broadcasters to take steps to mitigate or justify that offence. How they do that editorially, is up to them.

"As usual, we'll be assessing all these complaints against our broadcasting rules, before deciding whether or not to investigate."

Sue Cleaver and fellow campmates Boy George and Chris Moyles came under fire for their treatment of Matt from fans of the show, after they continuously talked behind his back, and even said that they wanted to stage a revolution to push him out of his camp leader role.

Outraged fans took to Twitter to comment, with one writing: "Putting Matt Hancock aside for a moment can we please have Sue and Chris Moyles do some nasty trial? Chris especially urgh."

Another said: "Sue's idea 'plan a revolt if don't like what Matt says to do'! Bit petty cos u didn't win challenge an become leader yourself with #MikeTindall, sorry how old are u! It's the jungle show #ImACeleb get on with it or go."

I'm A Celebrity… Get Me Out Of Here! continues every night this week at 9pm on ITV