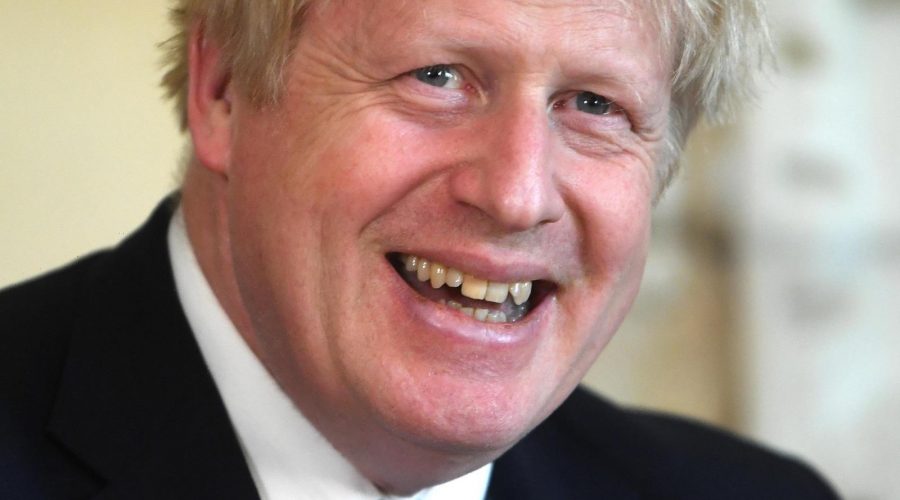 On May 25, 2021, British Prime Minister Boris Johnson and his fiancée, Carrie Symonds, sent out save-the-dates, announcing that their wedding would take place on July 30, 2022, according to The Sunday Times.

Many outlets, including Cosmopolitan, speculated that the couple chose this date because the U.K.’s COVID-19 restrictions on big events and weddings would have been lifted by then. As of this publishing, the country only permitted 30 people at weddings and receptions; per the BBC, the U.K. government hoped to lift these restrictions by June 21.

Because of that, everyone was under the impression that Johnson and Symonds, who announced their engagement in February 2020 and welcomed their first child in April 2020, were waiting until 2022 to tie the knot. So the U.K. was shocked when The New York Times and other outlets reported that Johnson and Symonds got married in a secret wedding on May 29. Read on for more details about the clandestine nuptials.

Boris Johnson's aides didn't even know about the wedding

On May 29, 2021, British Prime Minister Boris Johnson and Carrie Symonds tied the knot in a secret ceremony. The prime minister’s spokesperson confirmed the news to The New York Times, issuing a statement that read: “The prime minister and Ms. Symonds were married yesterday afternoon in a small ceremony at Westminster Cathedral. The couple will celebrate their wedding with family and friends next summer.”

The marriage is Johnson’s third and Symonds’ first. The wedding took place very close to the couple’s residence and Johnson’s office at 10 Downing Street in a hush-hush way. The prime minister didn’t even tell his aides about the big event, per The Sun. The British press didn’t even report on it until the evening of May 29, noted The New York Times.

An unnamed source told The Sun, “They are both absolutely thrilled. The whole thing has been conducted amid great secrecy and planned meticulously. It was just their secret, and that made the day so special.” The next day, May 30, Johnson and his bride shared the first photos of the wedding.

On May 30, 2021, The Sun reported that Carrie Symonds posted a few photos of her wedding to U.K. Prime Minister Boris Johnson on her private Instagram account. Per the publication, she wrote in the post, “Thank you for the kind messages. Very, very happy.”

The photos show Johnson and Symonds looking adoringly at each other in their garden and another location. He wore a tux, while she wore a long, embroidered tulle white dress and flower crown. The Sun reported that Greek designer Christos Costarellos designed the gown ,and it cost £2,870. Per the publication, the dress has already sold out at online retailers like Modesens and Net-a-Porter.