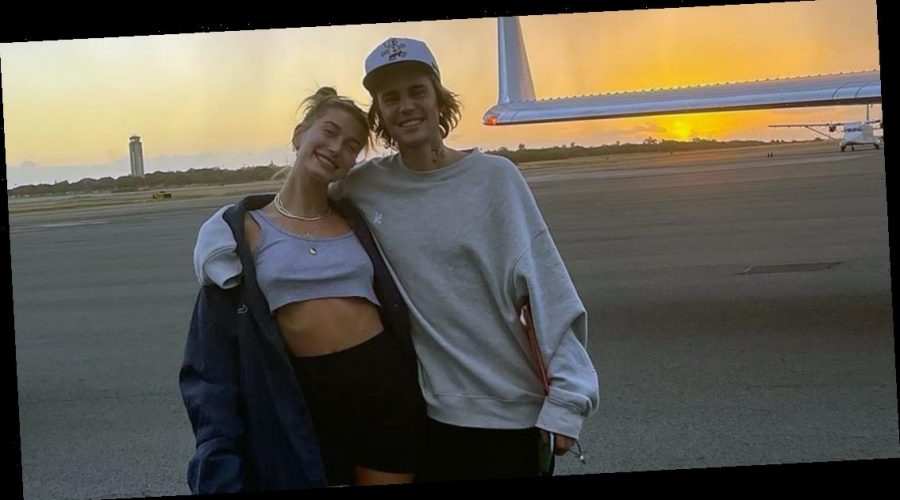 Vacationing with the Biebers! Justin Bieber and Hailey Baldwin kicked off the new year with a quick getaway to Hawaii.

Bieber, 26, and Baldwin, 24, posted several photos from their fun-filled trip across Instagram. On the “Holy” crooner’s page, he shared a pic of the pair posing in front of an airplane on Sunday, January 10. “Life with u is so much better,” he captioned the sweet pic.

When the model gave a look at the duo’s “adventure time” in Hawaii, she shared a glimpse at their snorkeling session and a sweet snap of them lounging together on the beach. In another post, the couple posed outside and she posted a stunning view of the ocean. “heart = full,” she captioned the upload.

The Bare Minerals ambassador even snuck in a sweet PDA-filled pic of the duo, which was taken at sunset.

Bieber is no stranger to the region. Back in 2016, the Canadian star stayed at a lavish mansion in Ninole, Hawaii, called the Waterfalling Estate. The five-bedroom, seven-bathroom cliffside property on the Big Island of Hawaii faces several waterfalls as well as the Pacific Ocean. Its luxury amenities include an Olympic-sized swimming pool and a private golf course.

Before jetting off to Hawaii with Baldwin, the twosome celebrated the start of 2021. The pair posted a pic from the occasion, where they dressed in fashionable black and white outfits as they stuck their tongues out at each other. “Happy New Year,” she wrote alongside her post, while her husband captioned the moment using the face savoring food emoji.

Bieber and Baldwin still made the best out of 2020 despite the coronavirus pandemic. The “Lonely” singer dropped his fifth studio album, Changes, in February and it received three Grammy nominations in November. The duo also released a reality series, The Biebers on Watch, in May and continued traveling around North America together.

In December 2020, a source told Us Weekly exclusively that Bieber and Baldwin are looking forward to their future together. “They want to start a family when the time is right, and that [the timing] has been an ongoing discussion,” the insider explained. “Justin has always put family first and would obviously continue to do so when he becomes a father one day, but at the same time, Hailey knows how important his career is to him.”

Scroll down to see pics from the twosome’s Hawaii getaway!