Not so casual? Ashley Benson was seen sporting a diamond ring on a day out with G-Eazy, causing speculation about whether or not the two secretly got engaged.

Cara Delevingne and Ashley Benson: The Way They Were

The Pretty Little Liars alum, 30, and the rapper, 31, stepped out for a grocery run on Wednesday, August 19, and both wore masks to keep them safe during the coronavirus pandemic. In photos obtained by Page Six, Benson appeared to be wearing a shiny rock on her left ring finger, which she tried to conceal in her pants pocket.

Benson’s romance with the “I Mean It” artist began shortly after Us Weekly confirmed her split from Cara Delevingne in May. The exes were first linked in August 2018 when they were spotted locking lips at Heathrow Airport in London. Delevingne, 28, didn’t confirm her relationship with the Spring Breakers star until she shared a PDA video of the pair during Pride Month in 2019. 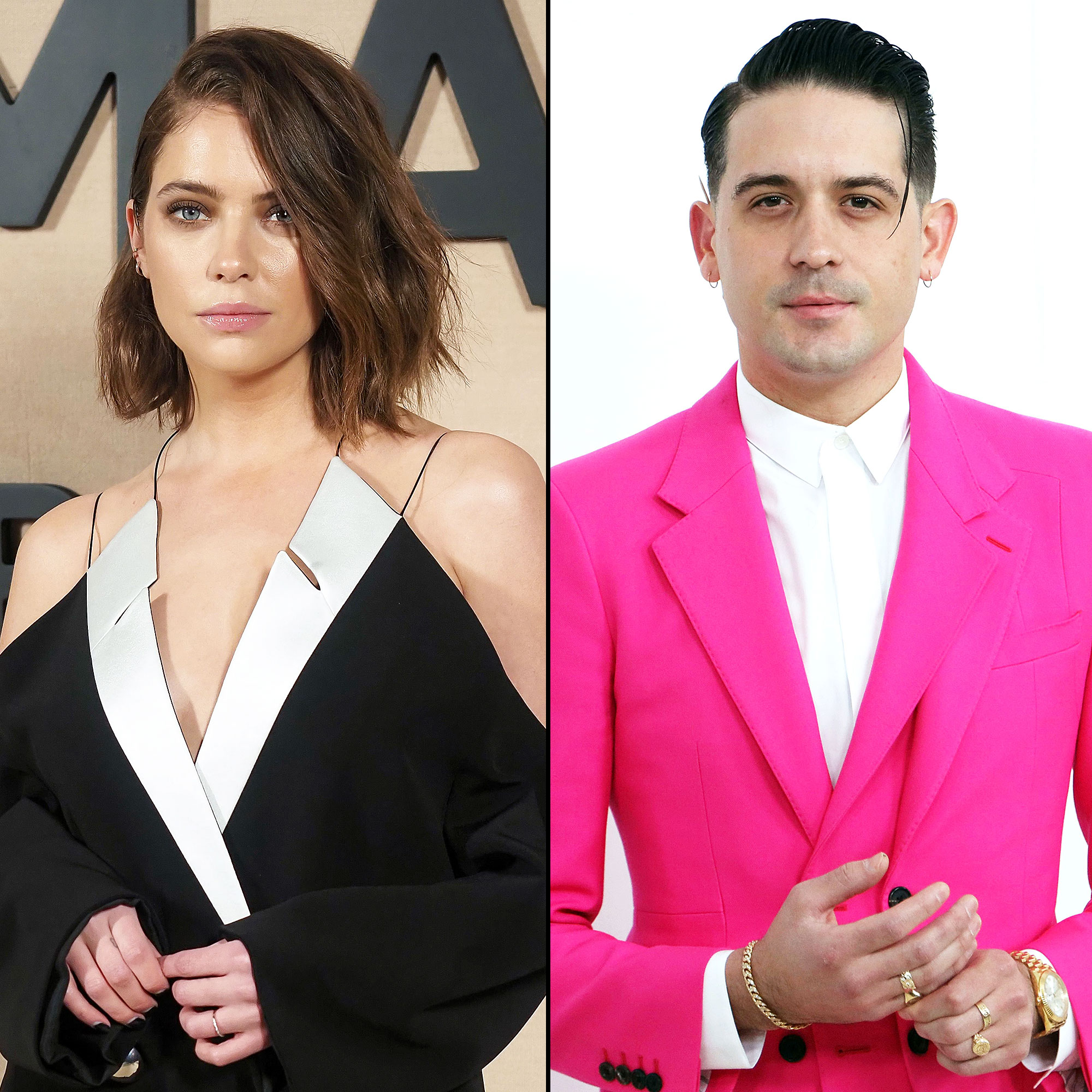 Following her split from the Suicide Squad actress, Benson seemingly addressed rumors that she had moved on with G-Eazy (real name Gerald Gillum) when she “liked” an Instagram post about her love life. “Can’t Ashley have friends now? STOP SAYING ASHLEY CHEATED! OR EVEN CARA! They just need friends right now more than ever,” the post read.

‘Pretty Little Liars’ Cast: Where Are They Now?

Soon after, Delevingne defended her ex’s right to find love again after their breakup. “It’s more important now than ever to spread love, not hate,” the model wrote in an Instagram Story in May. “To everyone hating on @ashleybenson please stop. You don’t know the truth, only her and I do and that’s exactly how it should be.”

Later that month, a source told Us that Benson and the “No Limit” rapper weren’t ready to put a label on their relationship just yet. “They are hanging out and seeing each other, but it’s not serious,” the insider explained.

Most Surprising Hookups of the 2010s: Ariana and Pete, Joe and Sophie, More

Despite their casual status, the pair have been spotted together several times since sparking romance rumors, spending Memorial Day weekend together and holding hands while shopping in Los Angeles. In June, Benson brought her new flame to her sister’s wedding and celebrated the night with family at Selanne Steak Tavern in Laguna Beach, California.

As their relationship continues to heat up, G-Eazy revealed via Instagram that the Her Smell star would be featured on a song from his new project, Everything’s Strange Here.

19/08/2020 Celebrities Comments Off on Is Ashley Benson Engaged to G-Eazy?
Lifestyle