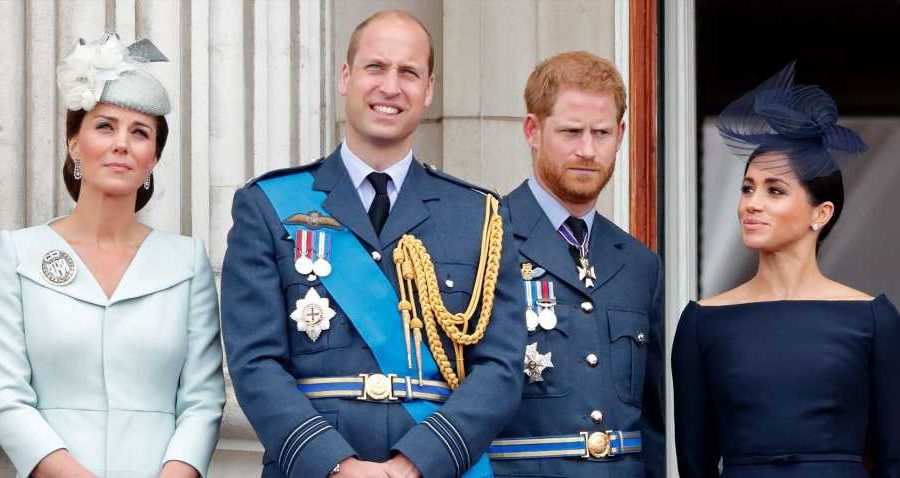 Sometime next year, the royal family will be forced to publicly navigate a potentially-awkward situation when Prince William and Kate Middleton travel to the United States. It will be the first time any other royals have visited the States since Prince Harry and Meghan Markle relocated to this side of the pond after their royal exit and, according to royal expert Jonathan Sacerdoti, the Sussexes should probably fight any instinct to ask Will and Kate to stay at their place during the trip.

“It’s like so many of these things — it’s a sort of lose-lose situation,” the British journalist explained in a new interview with Us Weekly. “If they get invited and they decline, it seems petty and nasty. And if they don’t get invited, it seems petty and nasty from the other side. And if they do accept such an invitation and something goes terribly wrong, that seems like a bad idea. I can’t quite see how this would work.”

The Duke and Duchess of Cambridge are expected to travel to the U.S. in 2022 to attend the Earthshot Prize’s second annual awards ceremony. Will and Kate haven’t been to the United States since 2014, but since The Earthshot Prize is Will’s environmental initiative, it makes sense for the couple to make the trip for the event.

If Harry and Meghan are also on the ceremony’s guest list, it could be the first time the former Fab Four reunites together for a public event since the Sussexes’ final round of engagements in March 2020. Over the summer, Will and Harry both attended the unveiling of a statue in honor of their late mother, Princess Diana, in London, but neither of their wives were in attendance. Even Prince Philip’s funeral wasn’t a full Fab Four reunion since Meghan was pregnant with Lilibet at the time and was advised by her doctors not to make the cross-Atlantic trip.

Of course, we don’t actually know what plans (if any) Will and Kate have with Harry and Meghan during their visit to the U.S., but we’ll be sending them all positive, anti-“petty and nasty” vibes in the meantime.

28/11/2021 Celebrities Comments Off on It Would Be "Lose-Lose" If Harry and Meghan Invited Will and Kate to Stay With Them in the U.S., Expert Says
Lifestyle