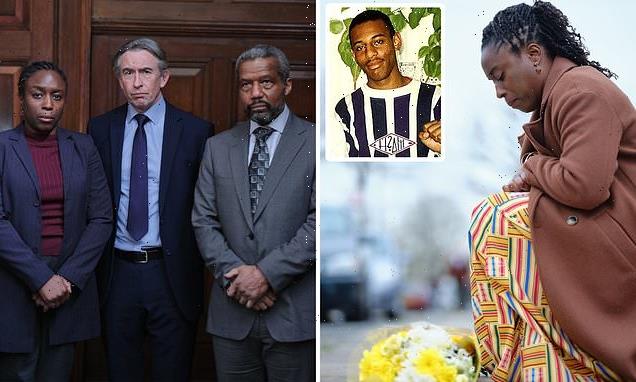 Haunting drama that salutes the courage of his parents: CHRISTOPHER STEVENS reviews Stephen, ITV’s new drama about the Lawrence murder

The most difficult aspect of any drama based on a real murder case is how to depict the crime without glorifying it.

Teenager Stephen Lawrence’s death on a London street as he waited for a bus, kicked and stabbed to death by five thugs in a mindless racist attack, appalled the whole country.

To reconstruct that brutal scene with actors risks injecting it with false excitement and the glamour of TV. That would be unforgivable.

Stephen (ITV) sidestepped this pitfall. There was no flashback, no dramatised replay of the murder in April 1993.

Instead, a group of detectives were shown visiting the scene 13 years later, led by DCI Clive Driscoll (an exceptional performance by Steve Coogan, of which more later). They paced out the victim’s last movements as they reminded each other of the facts.

Later, in a powerful and disturbing scene, one policeman was filmed as he mimed the blows over a junior officer’s prostrate body, to gauge the duration of the assault. 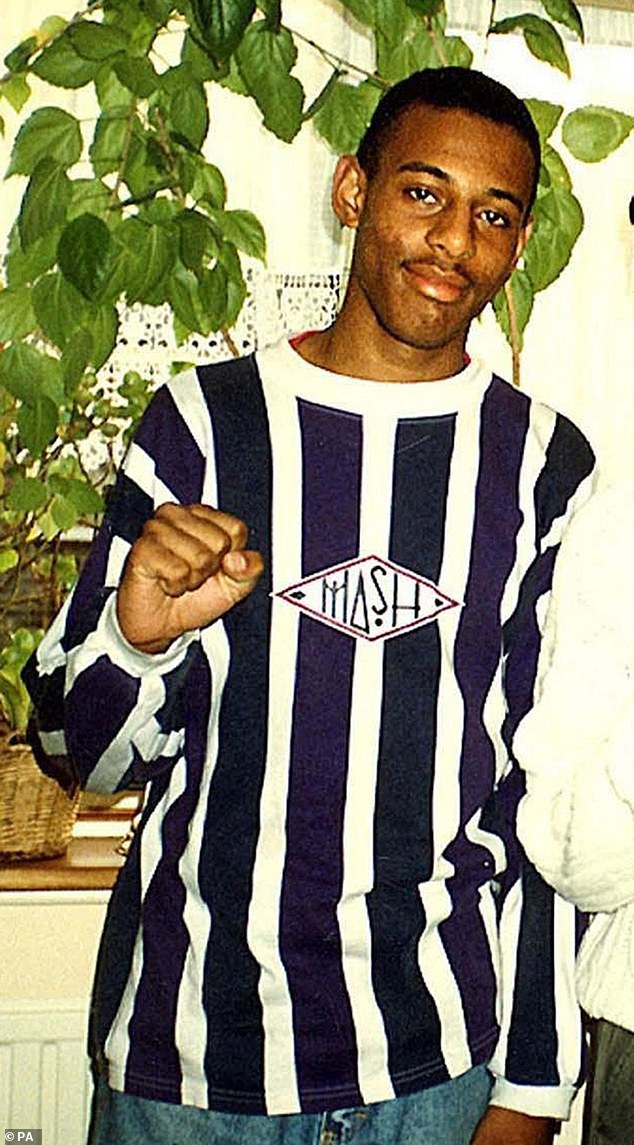 Tragic: Stephen Lawrence was brutally murdered by a gang of thugs in April 1993

Each time he acted it out, literally going through the motions, the play-acting became more violent.

The fact that the ‘attacker’ was white, and the young man on the floor was black, only made it more distressing.

An extraordinary amount of thought and sensitivity has gone into this three-part examination, by writer Frank Cottrell-Boyce, of how the Metropolitan Police failed for more than a decade to prosecute the killers – and how Driscoll’s team eventually won partial justice for Stephen’s family.

So it is all the more inexplicable that the drama not only ignores the crucial, campaigning role of the Daily Mail in the investigation but traduces this newspaper by implying it hampered the police.

That beggars belief. In this one aspect, the drama is dishonest, it is mendacious and entirely false.

To some readers, this might seem a side issue, which in most respects it is. But we have to address it, to get it out of the way.

In February 1997, after the Lawrence family fought an unsuccessful private prosecution that ended with the suspects’ acquittal, an inquest ruled that Stephen had been unlawfully killed.

Furious at the injustice, the Mail published perhaps the most dramatic front page in its history – with the single-word headline ‘Murderers’ and photographs of the five accused thugs. ‘If we are wrong,’ the newspaper growled, ‘let them sue us.’

That led directly to a Government inquiry into circumstances surrounding the investigation. When the Macpherson Report was published, it labelled the Met as ‘institutionally racist’ – a ruling that triggered fundamental changes for policing in the capital. 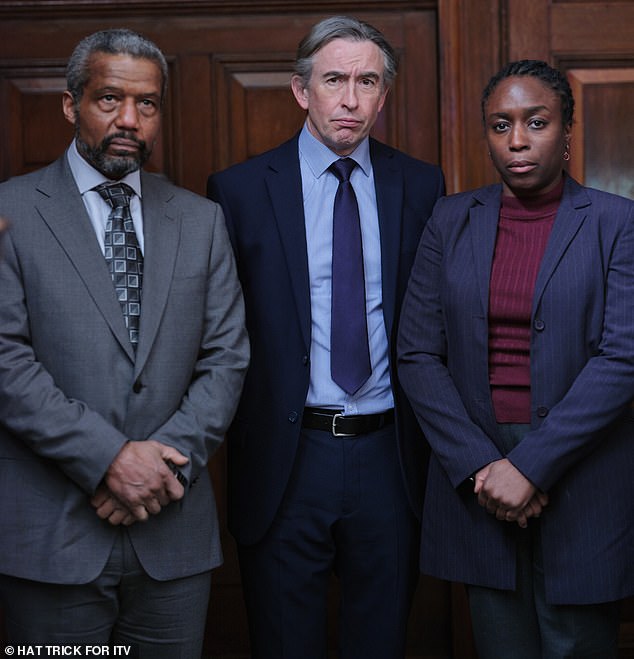 This drama mentioned none of that. Not a word. The Mail was comprehensively written out.

Perhaps that was to be expected. The star, Steve Coogan, is an avowed enemy of the newspaper, for (perhaps embarrassing) reasons of his own. He has often voiced his desire to see us pack up and disappear. We won’t… but he’s entitled to his opinion.

It was hardly likely that he would take a role that obliged him to sing the Mail’s praises, even if he was doing this strictly in character. Far more baffling and objectionable was the final scene of this first episode which singled out the Mail for criticism.

After Driscoll made a breakthrough, uncovering forensic evidence for the first time, he arrived at the station to learn the development was already front page news – in the Daily Mail. 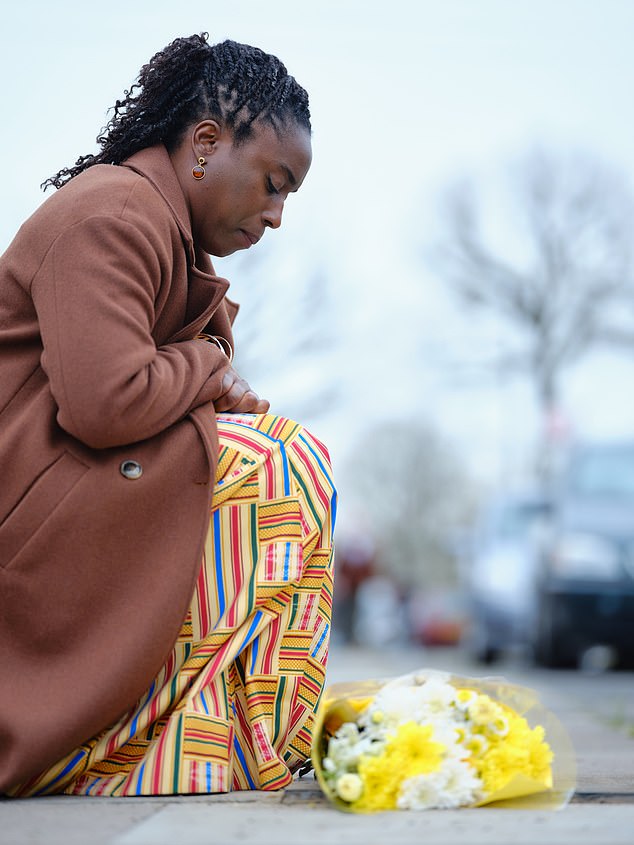 Cup a hand to your ear and listen. That discordant rumble you might hear is the sound of people with axes to grind.

It is disgraceful that this case has been used, by writers, actors, executive producer Jed Mercurio or whoever else, to settle some imaginary score.

What matters is the quality of the drama. Here, there is nothing to disappoint.

Coogan banishes any trace of his most famous character, Alan Partridge, by adopting the mannerisms of a dogged copper whose every thought marches across his face in size 12 boots.

His throaty London accent, just south of the Thames, is exact and unwavering.

Driscoll’s dedication to his job and what he calls ‘common sense coppering’ makes him the most loveable gruff detective since Morse. ‘If we can’t solve a murder like Stephen’s,’ he demands, ‘what’s the point of us?’

Opposing him is Deputy Assistant Commissioner Cressida Dick (Sian Brooke), who undermines him at every step.

Dick can’t be thrilled at the portrayal, given that she’s in talks this month with the Home Office to have her tenure at the top of the Met extended. Brooke makes her simultaneously heartless and incompetent, which might not be the combination Home Secretary Priti Patel has in mind.

The script is clinical in skewering the devious evasions of the Met’s top brass and their smug jargon. One official at the Independent Police Complaints Commission (IPCC) brags to Stephen’s mother: ‘I think it’s fair to say your son’s case and the hard lessons learned from its many failures are part of the IPCC’s organisational DNA.’

At the emotional heart of the story are Stephen’s parents, Doreen and Neville, played by Sharlene Whyte and Hugh Quarshie. What they have suffered, and the courage with which they have endured it, is humbling.

Their son’s death became a flashpoint for both national soul-searching and petty politicking. Both are on display here – and as ever, they rise above it.