Janelle Monae has been known to get campy for the red carpet. She’s not afraid of a strong lewk, and always has fun with fashion. So we were expecting a lot from the singer/actress, and well, she did not disappoint. 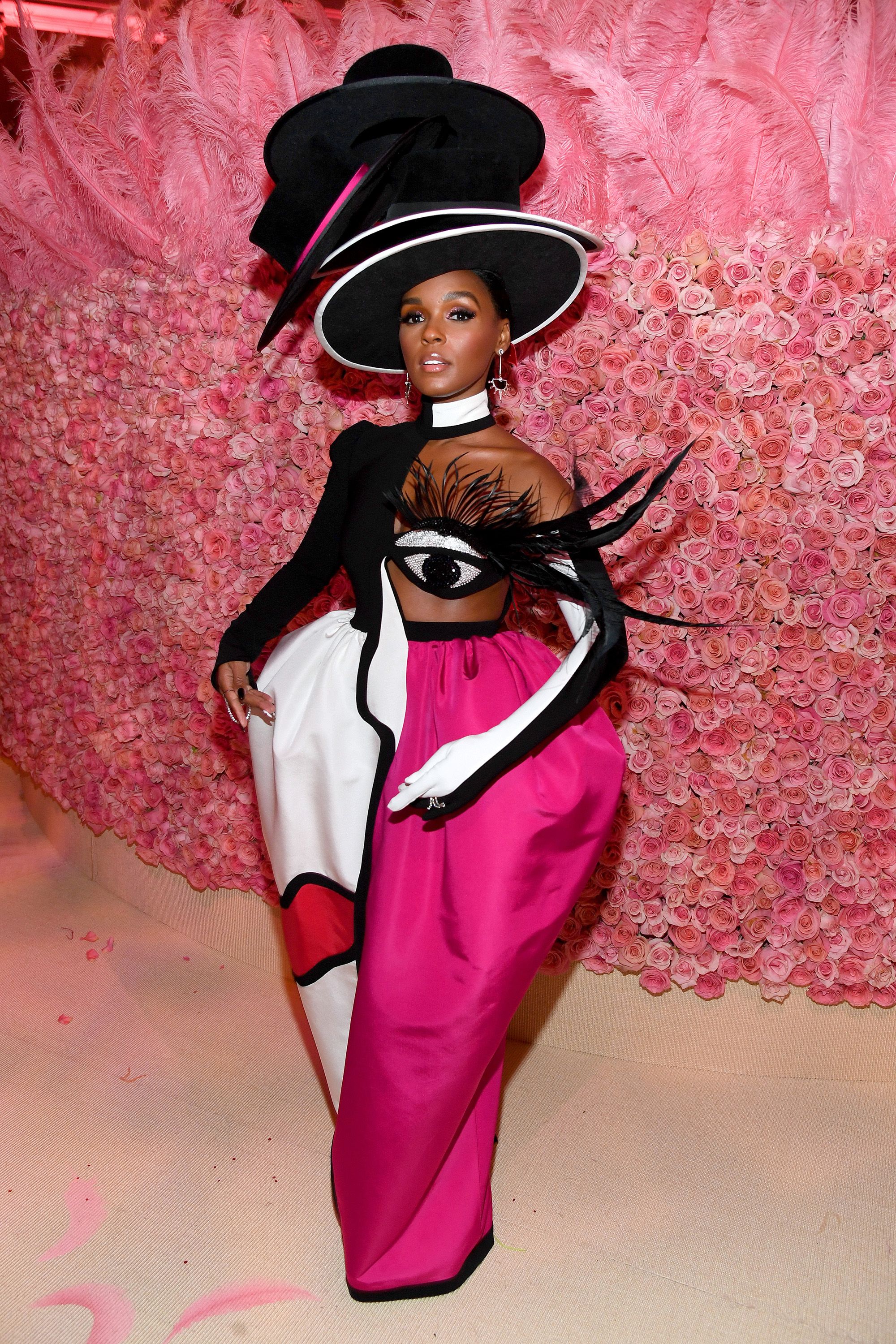 Dressed by beloved New York designer and Project Runway judge, Christian Siriano, Monae channeled a surrealist painting with her one-of-a-kind red carpet look that featured an eye on her chest (with eyelashes that fluttered!) while she carried a clutch in the shape of eye, and red lips printed on the colorblocked hot pink and white skirt with a very exaggerated shape at the hips. 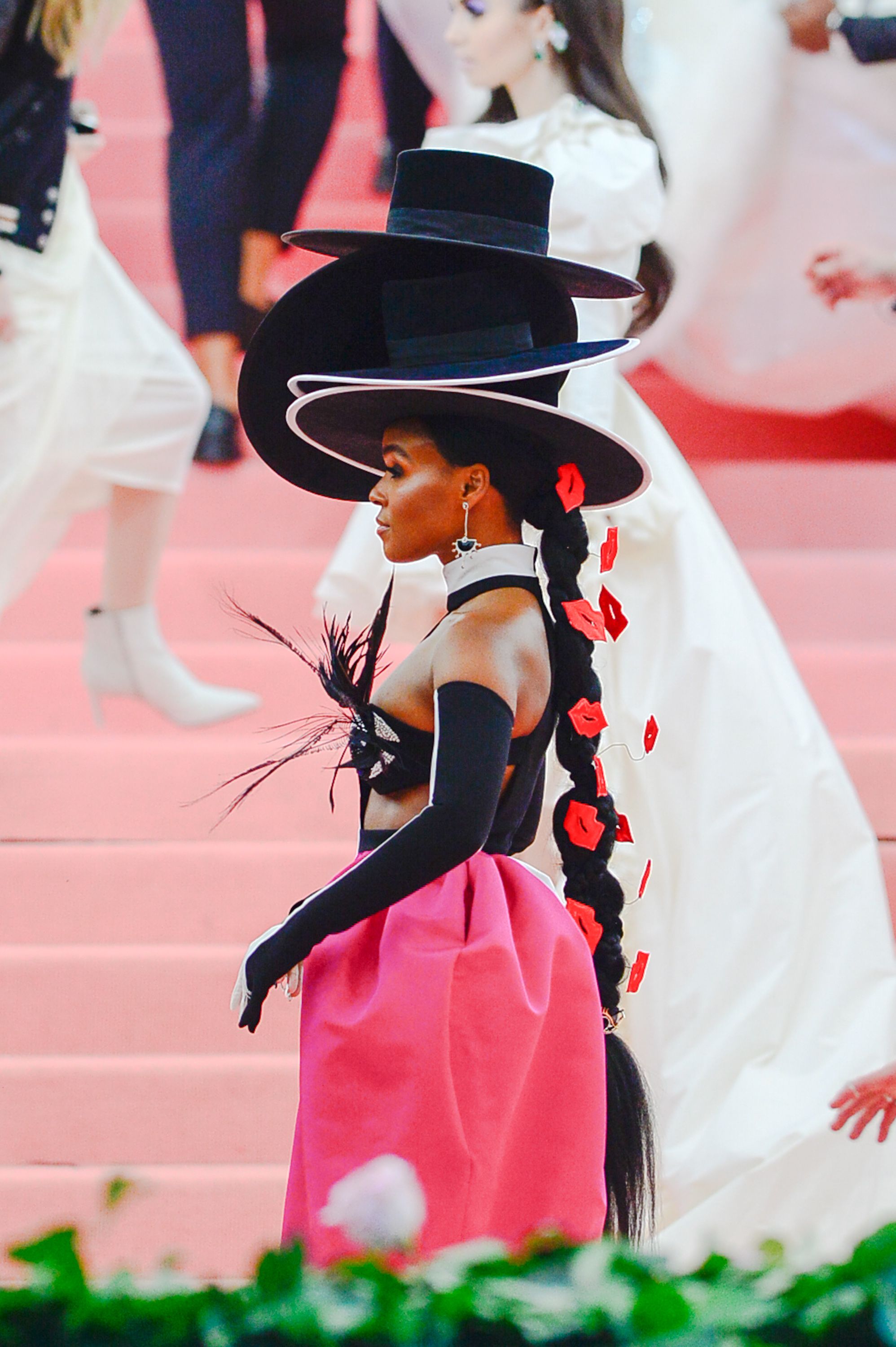 Even her ponytail was a sight to behold with red lips draped down her mane. Monae’s Met Gala outfit was topped off with a tower of black hats that seemed to balance with ease on her head as she made her way up to iconic Met steps.

While other stars went back to their hotels to do full outfit changes— Monae switched up her look with ease. Siriano’s design allowed for Monae to remove the hot pink skirt, to reveal a shorter black skirt underneath. Perfect for all those late night parties. 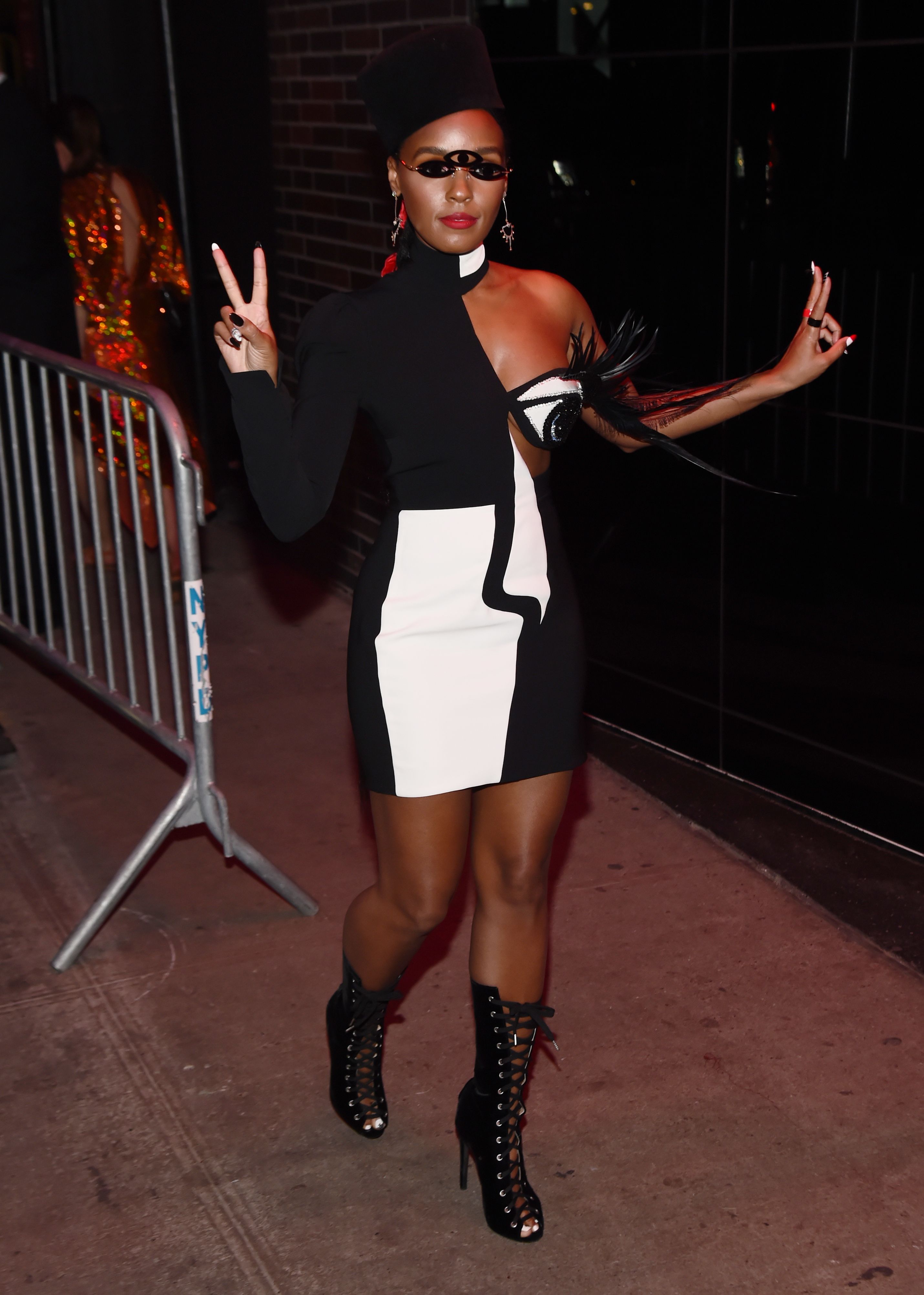 Monae and Siriano hit the annual Met Gala After-Party at Top of the Standard together where other bold-faced names like Gabrielle Union and Dwyane Wade, Alicia Vikander, Kate Moss, Rita Ora and Michael B. Jordan were also spotted. 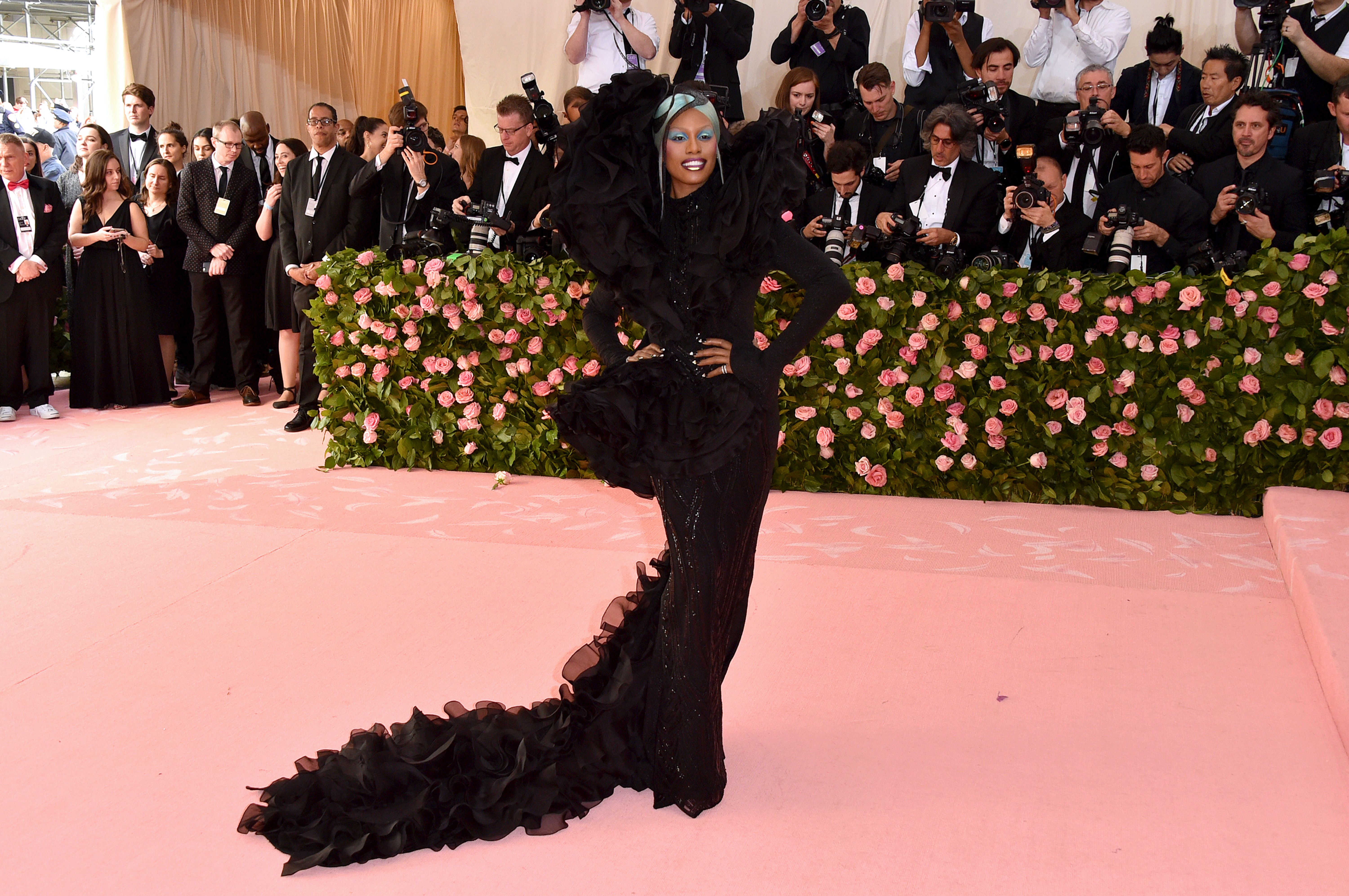