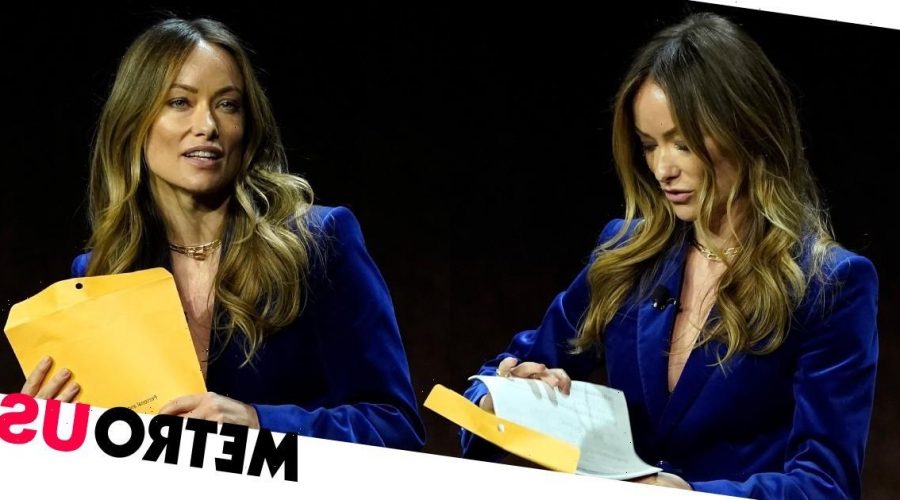 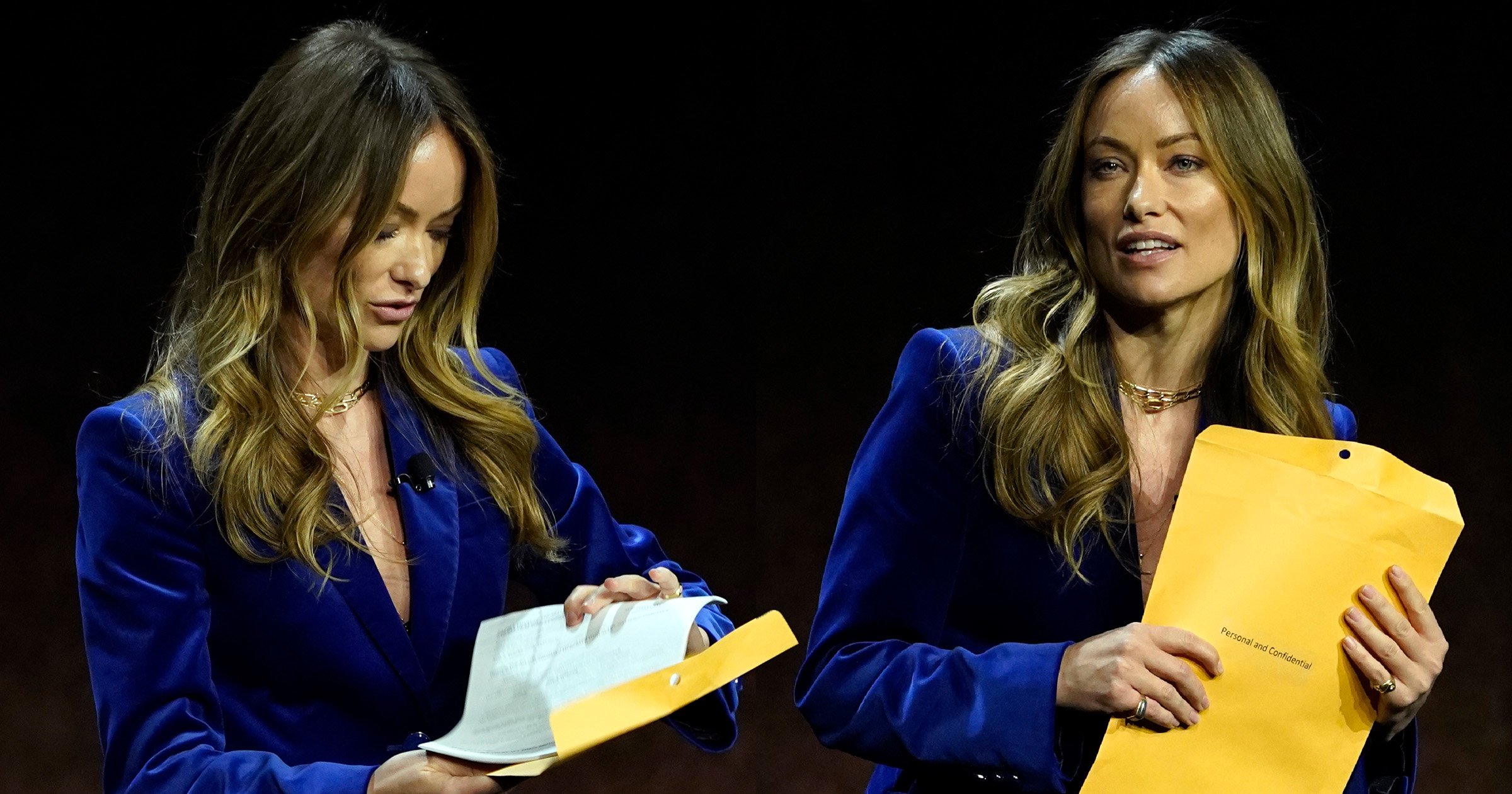 It seems the internet is divided about Jason Sudeikis serving ex-fiancee Olivia Wilde custody papers while on-stage in front of an audience.

The former OC actress was presenting her upcoming movie Don’t Worry Darling, which stars her current boyfriend Harry Styles, at the 2022 CinemaCon on Tuesday night.

However, in the middle of her speech, someone walked on-stage and handed Olivia a brown envelope which the actress initially thought was a script.

‘This is for me?’ she is believed to have asked.

Upon opening the envelope, Olivia reportedly realised they were legal documents regarding custody of the two children she shares with former partner Jason, whose representative has since said the actor was unaware the papers would be delivered in such a public fashion.

Naturally, commentary about the awkward incident has spilled onto social media and people can’t agree on whether Jason was in the right or wrong.

Referring to Jason’s hit TV series in which he plays the titular lead, one tweeted in Olivia’s defence: ‘Ted Lasso would never,’ as another agreed: ‘There’s no way Ted Lasso did that.’

Another said: ‘This is totally outrageous. ⁦@oliviawilde⁩ you kept your cool and were a total pro in front of 3,000 people- while working. Sorry this happened to you. You are a boss and a class act.’

However, others were in Jason’s corner as another said: ‘Gotta tip my hat to Jason Sudeikis,’ one person wrote. ‘I would have done the same thing… People want only certain things to be public. I think everything should be fair game once you put yourself out there.’

Another agreed: ‘Jason Sudeikis having Olivia Wilde served on stage while giving a presentation in Vegas is wild… honestly, she deserves it.’

A representative for Sudeikis said: ‘Mr. Sudeikis had no prior knowledge of the time or place that the envelope would have been delivered as this would solely be up to the process service company involved and he would never condone her being served in such an inappropriate manner.’

Olivia and Jason share two children. They had been engaged but never formally tied the knot, before separating in late 2020.