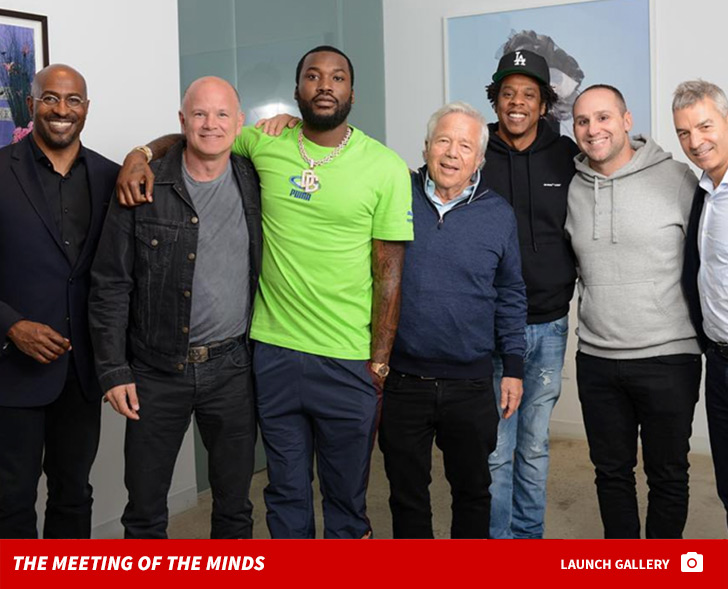 Robert Kraft still has some very powerful allies during his Asian Spa case … including Jay-Z and Meek Mill.

Of course, Kraft has been friendly with both rap superstars for a while — but teamed up with them on Wednesday as part of a meeting for the REFORM Alliance, dedicated to reforming the criminal justice system.

CNN’s Van Jones — who’s the CEO of REFORM — was also on hand along with Philadelphia 76ers co-owner Michael Rubin.

During the meeting, the group discussed everything from reform policy goals to employment rates and crime rates.

Earlier this year, the group pledged $50 MILLION in hopes of achieving their goal of getting 1 MILLION people released over the next 5 years.

For Kraft, his appearance at the meeting is interesting considering his lawyers in Florida had been battling all day long to keep officials from releasing surveillance footage in his spa case.

The guys could have easily asked Kraft to keep his distance from the group during his legal case because it could be viewed as a distraction — but clearly, they don’t feel that way.

Kraft not only had a seat at the table, but posed for a pic with the group — everyone had big smiles.

The 77-year-old is due in court later this month.