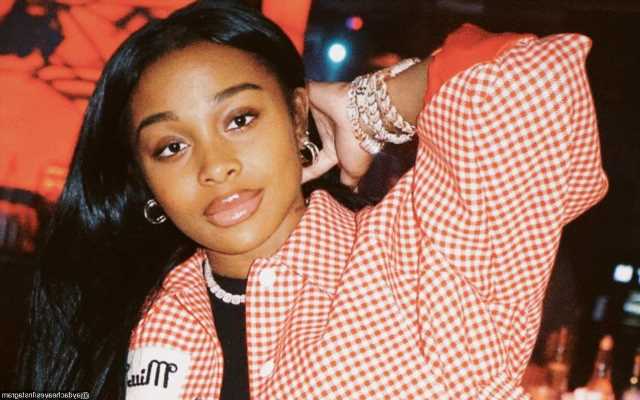 The businesswoman, who has been on the island to celebrate her 24th birthday, is reportedly arrested along with a member of her entourage, Gregory Wright, on gun charges.

AceShowbiz –Jayda Cheaves has finally addressed reports about her being arrested in Jamaica. The entrepreneur, who has been on the island to celebrate her 24th birthday, took to her social media account to assure her fans that she’s “good.”

On Monday, September 27, the businesswoman took to her Instagram Story to react to the news. “ACT NORMAL,” she pointed out, before adding, “I’m good for now y’all.”

News about Jayda’s arrest was first reported by Dancehall Mag. A source in the Jamaica Constabulary Force (JCF) told the outlet that Jayda and Gregory Wright, a member of her entourage, were taken into custody after they “were found to have been in possession of two 9mm pistols” while preparing to leave the island.

Jayda, Gregory and her group were allegedly trying to depart the island around 1:20 P.M. on Monday. “They reportedly brought the firearms into the country on their private jet when coming into Jamaica,” the source claimed. “These weapons are licensed to the persons in question in their home countries, but not in Jamaica.”

Jayda and Gregory, who were offered station bail, are set to make a court appearance on Wednesday, September 29.

Legal trouble aside, Jayda appeared to have a great time on her birthday since she’s showered with love by her closed ones. Among those who offered a sweet tribute to her was her baby daddy, Lil Baby.

Sharing a photo of Jayda on his Instagram Story, the “Drip Too Hard” rapper wrote, “Happy Birthday Ms. Jayda Cheaves!! Prada u!! Turn Up!! Stay on these b***hes necks!! They can’t f**k with youuuu!!” He then added at the bottom of the post, “I love u 4 life n wish you many more blessings.”

Also sending birthday wishes for Jayda was Lil Baby’s other baby mama, Ayesha Howard. Ayesha, who used to have a rocky relationship with Jayda, wrote on her Instagram Story, “Happy birthday to you beautiful. I know we’ve had our difference[s] and the media tries to pin us against one another because they live for drama and negative energy but that stops now.”

“We didn’t start off on the best of terms but since I’ve seen you grow into a mommy as well as a person and bigger influencer in the world,” Ayesha continued. “My words and well wishes are coming from a happy truly genuine place and I wish this healing happiness and maturity to you as well.. Woman to woman mother to mother I commend you. Happy birthday Jayda.”