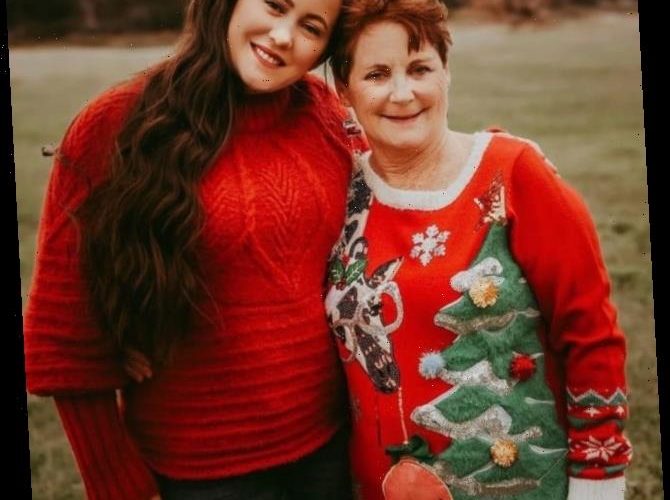 Well, here’s a story we never thought we’d be telling.

So you know how Jenelle Evans got pregnant when she was 16 years old and in no position whatsoever to raise a child?

And you know how she had the child anyway, a baby boy she named Jace, then kept behaving how she did before she had the baby — lots of partying and staying out all night, smoking weed, that sort of thing?

She didn’t spend an awful lot of time with Jace, and when he was about six months old, her mother, Barbara, officially took custody of him.

Jenelle went on to get arrested a bunch, develop a heroin addiction, have a series of toxic relationships with awful men …

She got married to Courtland Rogers in the height of her addiction, they split up, she started dating Nathan Griffith and quickly got pregnant with her second son, Kaiser.

She and Nathan broke up, she met David Eason, got pregnant again and gave birth to her third child, a daughter she named Ensley.

And throughout all of this, she never regained custody of Jace.

A few years ago, she and her mother went to court, and in mediation they agreed that Barbara should get full custody of Jace while Jenelle would get a set visitation schedule.

But now, as difficult as it may be to believe, that’s all changing.

Yep, after years and years of Jenelle screaming to anyone who would listen that she was going to get Jace back, she actually did it.

We first learned about this development on TikTok where Jenelle directed a video to her new followers, the ones that just started checking her out after Teen Mom 2 came to Netflix recently.

She said a lot of stuff about how she’s not the same person she was back then, that a lot had changed, and one of the things she said was that “I have custody of Jace. He lives with me now full-time.”

That might have been enough for hew new followers, but for those of us who have been around for a while?

It just sounded like another lie to try to make herself look good.

However, according to a new report from The Ashley’s Reality Roundup, she was telling the truth.

A source told The Ashley that Jace has been living down at the swamp, and that “Jenelle and Barbara will sign off on it legally next week.”

“They aren’t going to court or anything,” the source explained, “just signing papers so it’s legal and permanent that Jace lives with Jenelle now.”

Why the sudden change?

Well, it’s not a happy turn of events, that’s for sure.

The source said that “This decision has way more to do with Jace than Jenelle,” and the issue is that “Barbara can’t handle Jace anymore.”

“They had been getting into really bad fights and Barbara is just done with it. That’s why she agreed to allow Jace to live with Jenelle.”

“Things had gotten so bad between Barbara and Jace,” the source added.

Apparently Jenelle is “not proud” that it took her so long to regain custody of Jace, “and she’s disappointed that the reason he finally came back is because Barbara couldn’t handle him anymore and not because Barb felt Jenelle had grown enough to get him back.”

Jace has been doing school online because of the pandemic, so thankfully his schedule isn’t too different, but it really does sound like he’s a full-time resident of the swamp now.

It’s sad, too, because it sounds like he’s acting out a bit, and life with Jenelle and David Eason won’t exactly offer him the stability and care he could use right now.

Hopefully things turn out all right for everyone here, but we’d by lying if we said we didn’t have a bad feeling about all of this.

17/01/2021 Celebrities Comments Off on Jenelle Evans: I FINALLY Got Jace Back!
Lifestyle