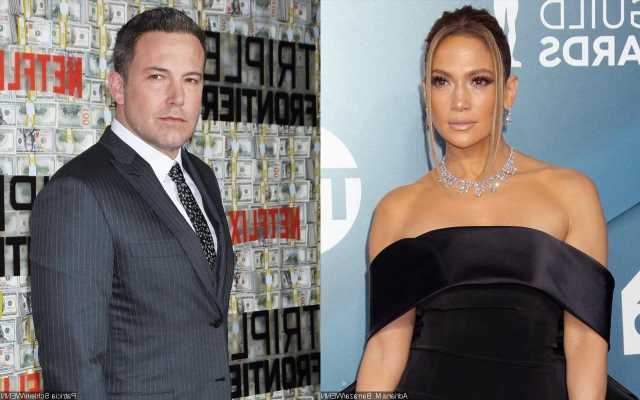 The ‘On the Floor’ hitmaker and the ‘Gone Girl’ actor continue to fuel reconciliation rumors after they were seen ‘hugging’ and ‘being playful’ to each other during a gym session in Miami.

AceShowbiz –Jennifer Lopez and Ben Affleck continued to add more fuels to their reconciliation rumors. Having reunited in Miami, Florida, the “On the Floor” hitmaker and the “Gone Girl” actor reportedly “were not trying to hide their relationship” as they were spotted kissing during a gym date.

The 51-year-old singer and her 48-year-old ex-fiancee were said to have walked into Anatomy Fitness separately and did “their workouts with separate trainers.” However, a source told Entertainment Tonight that they “were not trying to hide their relationship by any means” once they were inside.

“They stayed close to each other while working out and were hugging, being playful together, and shared a kiss in between sets,” the source added. “It was clear to everyone that they have intense chemistry and were having fun together… They looked like two people who are super comfortable and familiar with each other, who are also in the honeymoon phase and in love.”

“[Jennifer and Ben] were having a good time,” the insider further spilled. “Jennifer works out every day and it’s part of her routine and it seemed like Ben really wanted to be there too with her.”

The report came after Jennifer and Ben were caught on camera taking a walk together in Miami. In a picture surfacing online, the “Shotgun Wedding” actress was seen smiling ear-to-ear as the “Batman v Superman: Dawn of Justice” star was standing behind her.

This was not the first time the alleged couple spent their time together. Earlier this month, they were photographed having a vacation in Montana and even spotted exiting a private plane together. They then reportedly continued to hang out in Los Angeles.

Jennifer and Ben reunited after she called off her engagement to Alex Rodriguez. While the Ramonda of “Hustlers” appeared to have moved on with the “Zack Snyder’s Justice League” actor, the MLB athlete recently told his fans that he is moving forward with a “new beginning.”

“I am about to step into a new beginning in my life. Anything that doesn’t serve me is clearing out of my life. New energy is emerging. New levels are unlocking for me mentally, physically and spiritually,” Alex wrote on Instagram Story on May 23. “I am remaining patient and know that this new phase of my life is coming.”