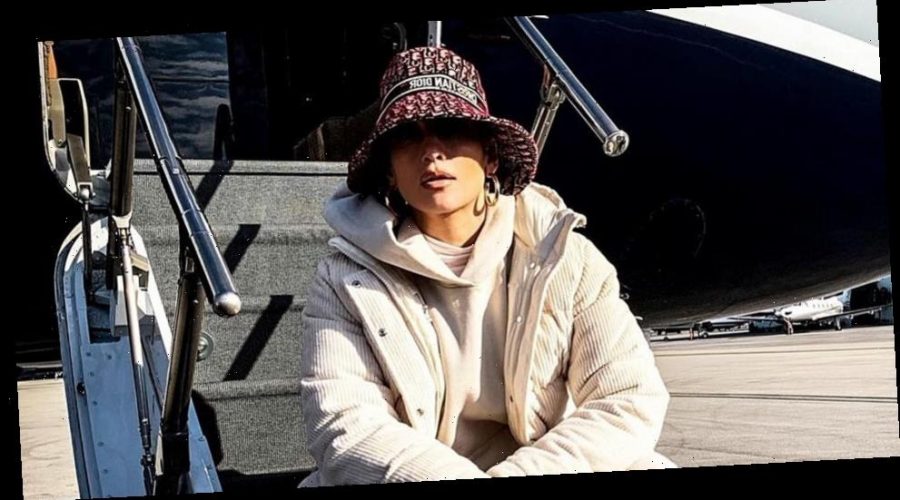 In 2021, talking about fashion trends almost seems weird, especially since many of us continue to rock our sweats, day in and day out.

And while Jennifer Lopez, the queen of cute matching sets, has been a great source of quarantine outfit inspiration, she's also been having fun with accessories. It seems the singer and actress is particularly fond of her logo-printed Dior bucket hat, which she's been wearing and posting on repeat.

Before performing on New Year's Eve, Lopez posted a photo of herself en route, letting the cranberry colored piece pop against an otherwise all-beige outfit.

Days later, she wore it again, this time taking her bucket hat to the beach — although, it can be argued that the statement accessory was slightly upstaged by Lopez's booty-baring swimsuit.

Of course, Lopez isn't the only celebrity who is a fan of Dior's bucket hat offerings. Back in September, BTS band member and rapper Kim Namjoon (RM) wore a similar style during an interview with GQ. While his version was technically part of Dior's Jordan Brand collaboration, Air Dior, and was both solid and blue, there's no denying that our favorite fashion icons are really feeling this throwback style.

Even Kylie Jenner is on the trend, as she showed off her own Dior bucket hat while posing in the snow. Quite honestly, we're surprised that her daughter, Stormi, doesn't own a mini version. Despite being a baby, she sure has an enviable wardrobe (and, hey — she does own a Birkin bag, after all).

Should you want a Dior bucket hat of your own, get ready to part with a few hundred dollars. While J.Lo's exact version is sold out, Dior does sell reversible Teddy D small-brim option that costs $680, while the Dior Chic small-brim bucket hat is $1,050. You can also bid on the Air Dior hat on StockX.

08/01/2021 Celebrities Comments Off on Jennifer Lopez and Kim Namjoon Agree: This '00s Trend Is Back
Lifestyle