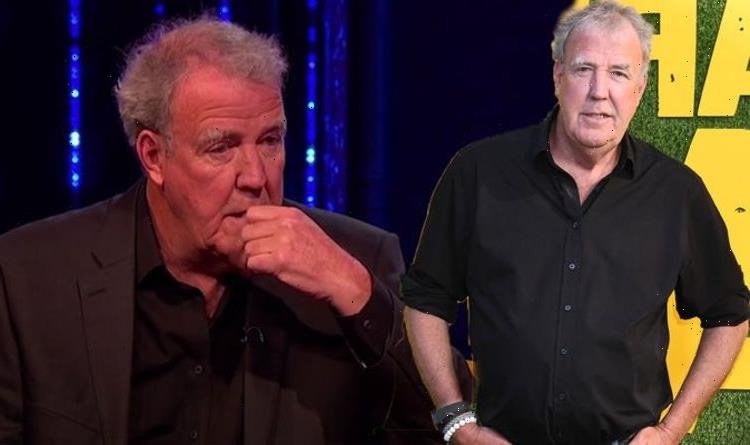 Former Top Gear presenter Jeremy Clarkson is no stranger when it comes to being brutally honest about his new career path. Now, the broadcaster has opened up about a farming disaster that saw him lose a fair share of crop.

I lost about ten acres of it last year.

Jeremy, 61, swapped life in London for a more peaceful life in Chipping Norton in the Cotswolds before embarking on a new career path.

The Doncaster born broadcaster recently opened up about his new career as a farmer, revealing on his Amazon Prime Video show, Clarkson’s Farm, that he hadn’t performed as well as he had wanted to.

In the season finale of Clarkson’s Farm, it was revealed that Jeremy had made just £144 in his first year of the business, after deducting eyewatering costs from his profits.

Now, Jeremy has spoken candidly about his losses, admitting that he was forced to stop using certain chemicals in order to protect wildlife.

Speaking to Giles Coren on Times Radio, Jeremy said: “If you spray neonicotinoids on oilseed rape, which you have to do to stop flea beetles eating it, that hurts the bees.”

He continued: “So everybody would say you mustn’t do that, we must not hurt the bees, it’s obvious.

“However, if you don’t use neonicotinoids your oilseed rape basically dies.”

“I lost about ten acres of it last year,” he revealed.

Jeremy later added that people often go on to buy palm oil, which has a negative effect on “orang-utans in Sumatra.”

He explained: “So then people say you must not hurt the orangutans, so then you can’t have any form of oil.

In a frank admission, Jeremy said: “There is nothing organic on my farm – nothing.”

Jeremy recently hit out at a “deluded fool” who criticised farmers for working into the night.

It comes after a Clarkson’s Farm fan shared the comment they had seen posted to a Facebook group, and wondered whether The Grand Tour star had an answer.

Taking to Twitter, the concerned viewer penned: “@JeremyClarkson care to respond to this guy on our local Facebook group?

“Mind you he’s had so much hate already such as (watch Jeremy Clarkson’s farm).”

They attached a screenshot of the post which read: “Why at almost 11pm at night are we still getting tractors up and down the road on Belle Vue.

Jeremy wasn’t impressed with their opinion, and users could almost hear him sighing in his response.

He snapped back: “Yeah. Not sure the deluded fool knows much.”