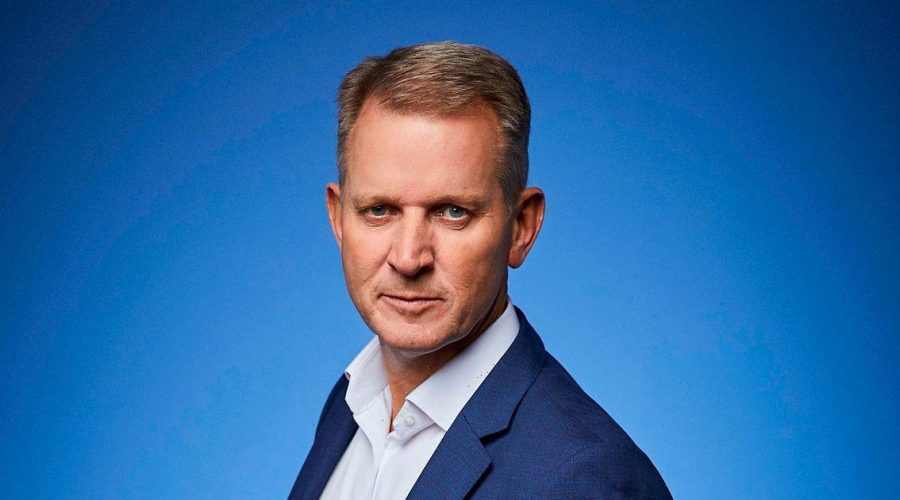 Jeremy Kyle has told of how his fiancee helped him in the wake of his eponymous show's cancellation.

The TV host has stayed out of the spotlight since The Jeremy Kyle show was put on indefinite hold after guest Steve Dymond’s death in May 2019. After failing a lie detector test on the show, the 63-year-old was found dead of a drug overdose seven days later.

The tragic incident caused Jeremy to develop severe anxiety, which he sought medical help to battle. In part two of his first interview since the show stopped airing, he said it was his partner Victoria Burton who helped him through the traumatic time.

“"She’s not from that TV world and her advice has really helped me find perspective," he said. “I would give Vic massive, massive credit for getting me back on my feet.

“She’s seen me at my best, and at my lowest ever ebb, and still wants to marry me. She is the love of my life and I’m a very lucky man.”

The couple met years before they began dating in 2017, as Victoria worked as a nanny to Jeremy’s children. They became romantically involved after the host’s split from his second wife.

After proposing to Victoria in February 2018 in Caribbean islands the Grenadines, the wedding for the pair is now imminent.

“Actually, this is now the sixth rescheduling of the wedding, after all the lockdowns,” Jeremy added to The Sun. “It is ­happening this time around come hell or high water, and we can’t wait.

“Our big day has been a long time coming, and after all the ups and downs of the last few years I truly can’t wait to see her smiling in that dress — and for us to move forward.”

The wedding will come after experiencing joyous and sad news over these past 18 months. In February 2020, Victoria welcomed a son with Jeremy, the couple’s first child together.

During lockdown the TV host was able to spend precious time bonding with his baby as well as his father, who recently died with son Jeremy by his side in a care home.

Despite this difficult time, the 56-year-old said he was thankful he was able to be with his dad in his last moments, putting this as an unexpected positive since exiting the show.

Jeremy continued: “Many in the industry thought I was in such a safe gig, and suddenly it was gone — and they’ve said to me: ‘If you can be taken off air in an instant, after all those years with such a successful show, with such a great team, it can happen to any of us.

“I want people to have their say and to try to persuade others to their point of view. And if that’s not ­possible, let’s all agree to disagree without anyone needing to be silenced or cancelled or run out of town.”

It's believed that ITV chief executive Dame Carolyn McCall, was responsible for the decision to cancel Jeremy’s show, although the host has not confirmed this.

"We haven’t been in touch. But Kevin Lygo [Director of Television] has called,: he said. "He’s always been straight with me and I’ve always been grateful for the support he has given me.”

Jeremy said he felt he was in lockdown months before the pandemic following the show's cancellation and he now feels ready to break free with a fresh new perspective.

"Suddenly thousands of people were dying — and that was scary, surreal,: he said. “Something shifted and I knew I couldn’t wallow any longer. I can’t wait to get back out there and to move forwards again.”