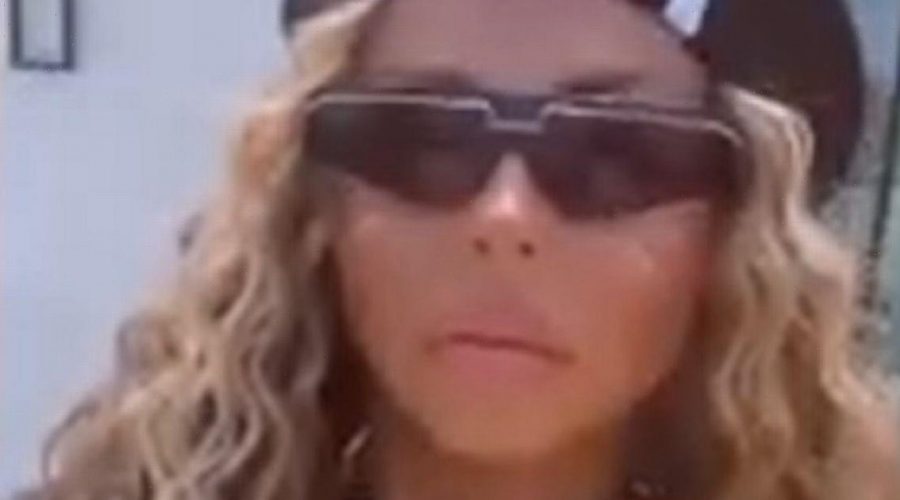 Former Little Mix star Jesy Nelson has been snapped showing off her abs whilst wearing a crop top in Los Angeles following a swipe from her former bandmates on stage.

Jesy, 30, is currently in LA to work on her debut solo album and she is settling into enjoying time in America.

In a video posted on Instagram, Jesy made the most of the LA sunshine in a Nike crop top paired with jeans, leaving her abs on show.

Jesy shared her thoughts on the food in America with her fanbase earlier this week, as she quipped: "So since being in America I've definitely put on about 100 stone.

"Thought I'd show you the reason why; yeah sweets and alcohol, literally.”

As she gave a tour of her kitchen, she added: "I mean there's actually not that much stuff in here because we've eaten it all, well, I've eaten it all.

"I just come in here when I'm bored and I just eat my life away," she said.

Yesterday, Jesy teased fans with a selection of images in the crop top outfit along with a caption that fans think is a brand new lyric.

She wrote: "If you want the keys to the castle…."

One fan commented: "THE CAPTION IS THE LYRICS?" Whilst another added: "These better be lyrics miss nelson!!!!" Jesy's latest posts come after a swipe on stage from her former bandmates, which she appears to have ignored.

Little Mix made headlines in December 2020 when it was officially announced that Jesy was leaving her bandmates Perrie Edwards, Jade Thirlwall and Leigh-Anne Pinnock and the future of the popular band seemed to be in jeopardy.

The three other bandmates have continued on as Little Mix and made a 'swipe' at Jesy whilst on stage in Belfast last month for their long-awaited Confetti Tour.

In a controversial move, Leigh-Anne reportedly made a change to their track Gloves Up which excluded Jesy from the lyrics.

It has been reported that Jesy is keen to put the past feuds with her bandmates behind her, a source told OK!: "Jesy doesn’t like that her leaving the band has been dragged up again.

"She had her reasons for leaving the group and it’s a chapter that she’s wanting to finally close."

A source told the Mirror back in October: "The last thing she wanted was to be embroiled in a Little Mix vs Jesy feud.

"The Girls have been through a lot together and she truly believes everyone can co-exist in the industry without the war of words. The fans deserve better. It’s all getting a bit much."