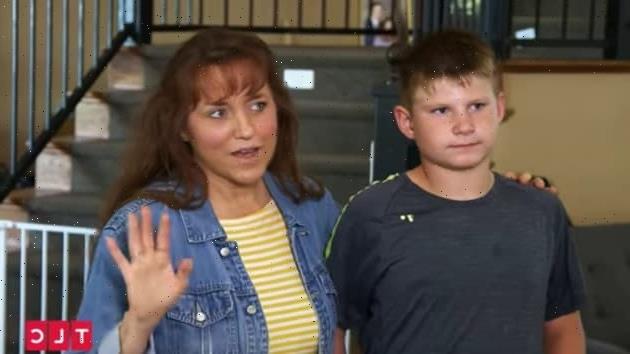 It’s been over six months since Josh Duggar was arrested on child pornography charges, and for most of that time, his family members kept a much lower profile than usual.

On Friday, Jim Bob announced that he’s running for the Arkansas State Senate.

Not the sort of announcement one expects from a man who’s currently involved in the most appalling scandal in the history of reality television.

But then again, Jim Bob’s not your typical father.

Some hoped that his campaign announcement would be accompanied by a condemnation of his son’s alleged crimes.

Apparently, these people forgot that Jim Bob helped his eldest son avoid prosecution after Josh molested five young girls, four of whom were his sisters.

Yes, Jim Bob’s insistence on defending and protecting Josh has put his other children at risk countless times over the years.

And since Jim Bob and Michelle still have several young children at home, there are ongoing concerns that these kids might be in danger due to their proximity to Josh.

For the most part, there’s nothing that can be done about this.

Josh’s arrest would be unlikely to affect his parents’ custody rights, even though his earliest sex crimes took place under their roof.

The eldest Duggar son left the nest over a decade ago, and these days, there are protections in place to keep him from spending time alone with minors.

Of course, that’s small comfort to people who are concerned about the welfare of Jim Bob and Michelle’s children.

After all, those two have already demonstrated that supervision isn’t exactly their strong suit.

Of particular concern to outsiders is the well-being of 13-year-old Tyler Duggar.

Yes, there’s a twentieth Duggar kid, and unlike all the others, his name doesn’t start with a “J”.

That’s because Jim Bob and Michelle adopted Tyler when a judge ruled that his mother, who is also Michelle’s niece, was unable to properly care for him due to substance abuse issues.

At the time of the ruling, Tyler was “homeless with no permanent address.”

The court “entrusted Tyler to the care and control” of Jim Bob and Michelle, after concluding that his biological mother was “unable to meet Tyler’s health, safety and other needs.”

Obviously, Tyler’s material circumstances improved when he moved in with the Duggars.

But there are concerns that Jim Bob and Michelle are ill-equipped to provide for the boy in different ways.

Fans were worried when the adoption first took place, primarily due to the atrocities that Jim Bob and Michelle had allowed to take place in their home.

Those concerns were exacerbated following Josh’s arrest, a shocking reminder of the level of dysfunction within the Duggars’ home.

Sadly, updates about Tyler are few and far between, and the Duggars haven’t posted about him since his birthday in February.

“Tyler is a very special part of our family and he turns 13 today!” they wrote on Instagram at the time.

“We celebrated his birthday with a fun afternoon together at Top Golf. I really can’t get over how much our boys grow on a weekly/monthly basis!!” the message from Michelle continued.

“Love these fellas… and the fella behind the camera (Jim Bob!)”

So yeah, there hasn’t been an update on Tyler since before Josh’s arrest.

While his situation probably remains unchanged, it’s not hard to see why Duggar critics might be concerned.

02/11/2021 Celebrities Comments Off on Jim Bob & Michelle Duggar: Should They Lose Custody of Adopted Son Amid Josh Scandal?
Lifestyle