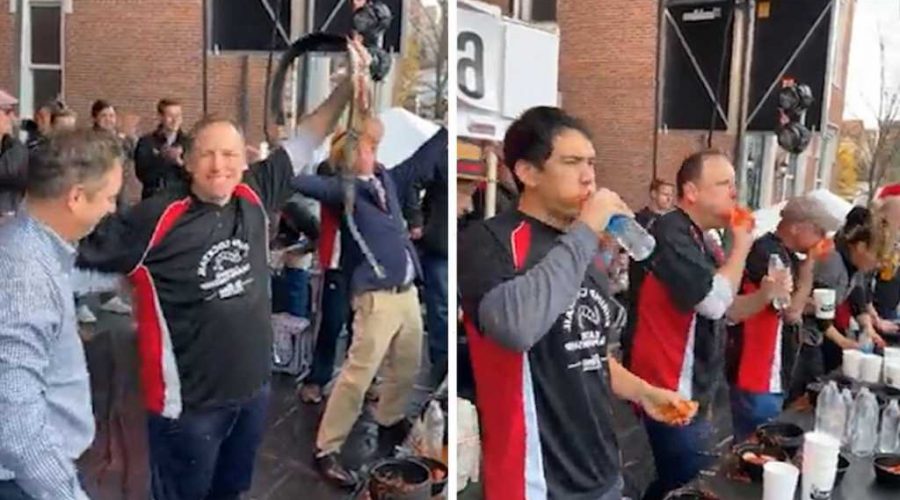 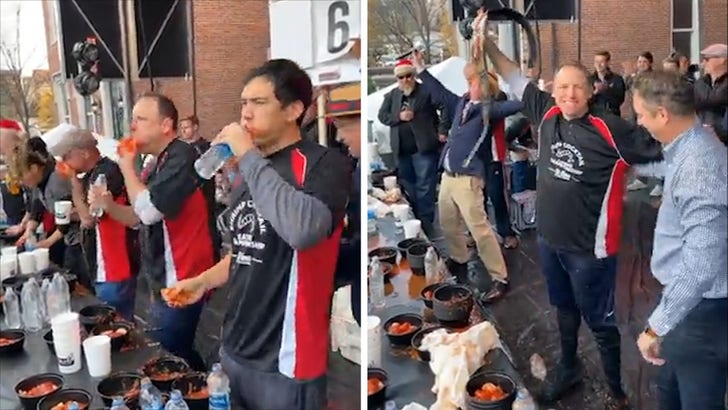 Turns out, Joey Chestnut can inhale shrimp just as fast as he can hot dogs … ’cause the eating legend went beast mode on shrimp cocktail this weekend, guzzling 17 pounds of the appetizer in 8 minutes!

The 38-year-old accomplished the wild feat in the eighth annual World Famous St. Elmo Shrimp Cocktail Eating Championship in Indianapolis on Saturday — and the gross/amazing scene was all captured on video.

In footage of the event, you can see hundreds pulled up to the contest to watch Chestnut eat — and “Jaws” did not disappoint.

After a countdown, Chestnut — who holds 40-plus eating contest world records — grabbed a handful of shrimp and chomped down so quickly, the announcer said he had put away pounds of the dish in a matter of seconds.

Chestnut eventually destroyed the competition … eating 17 pounds and 1.6 ounces of the seafood. And, according to the official event results, he beat second place by almost three full pounds!!

The most staggering part about it all? Chestnut has actually beaten this mark before — in 2018, he chomped down 18 pounds and 9.6 ounces of the shrimp at the competition.