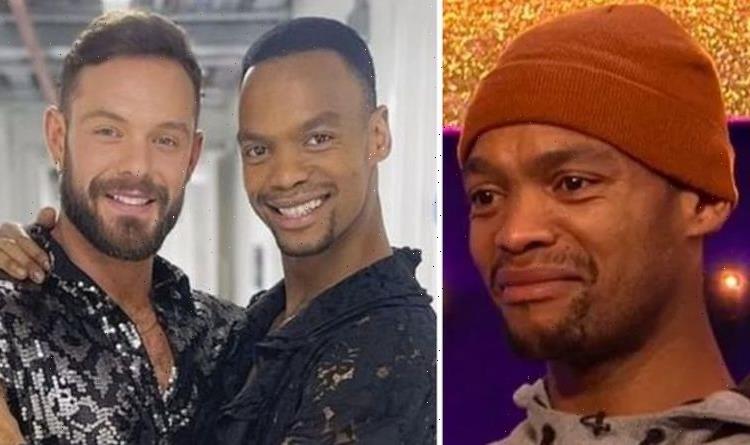 The pair became this year’s runners-up on Strictly Come Dancing, with Rose Ayling-Ellis and Giovanni Pernice taking home the Glitterball Trophy. But it appears Johannes has remained in close contact with the Bake Off Star as he gushed about the latter in a post on Thursday, shortly after arriving in his native South Africa.

The 34-year-old, who is spending his new year with close friends and relatives back home, took a moment to share a heartwarming IG post as he reflected on his three-month stint on Strictly with John.

John and Johannes performed a routine to You’ve Got The Love by Candi Storm and The Source for their final dance while being showered in confetti.

Johannes posted a clip of the dance to his IG page, along with the caption: “SOME PEOPLE ARRIVE AND MAKE SUCH A BEAUTIFUL IMPACT ON YOUR LIFE, YOU CAN BARELY REMEMBER WHAT LIFE WAS LIKE WITHOUT THEM.

“I managed to watch the finale of strictly with my family and friends back home in South Africa, it was lit!

“@john_whaite they are desperate to meet you hun. The pride reflected on their faces for everything we’ve accomplished is heart-warming.”

While Johannes believes that every season of Strictly is “awesome”, its most recent series was “nothing short of revolutionary”.

He added: “@bbcstrictly delivers an awesome show every year but this season has been nothing short of revolutionary and to EVERYONE involved THANK YOU from the bottom of my heart.”

Johannes joined Strictly in its 17th season in 2019 when he was partnered with actress Catherine Tyldesley, who finished in 11th place.

Johannes said that his goal in joining the show was always to “inspire” after becoming the first same-sex finalist with John in the ballroom competition.

During their time on the BBC programme, John and Johannes shared many touching moments, from opening up about their coming out stories to wowing viewers with their emotional contemporary performance. The two had formed a connection that warmed fans’ hearts.

“The aim has always been to inspire…Representation of any minority group in media acknowledges their existence in the real world, influencing societies openness and understanding of others which makes for a better world for all.

“Thanks to everyone who tuned in every weekend, supporting and cheering for great Saturday entertainment aimed at bringing audiences some sparkle, joy and escapism,” he said.

He concluded: “Have a beautiful crossover into 2022. I’ll see you soon. Love Jo.”

Johaness’ sweet tribute to John certainly didn’t go unnoticed by the professional chef, who took to the comment section to respond.

“Love you Johannes. Can’t wait to see you”, he wrote.

Former Strictly star Amy Dowden also chimed in, adding: “So proud of you! You deserve this more than anyone!

“You inspired, educated and brought joy to the nation whilst fulfilling a lifelong dream! THANK YOU!”

Though Rose was ultimately crowned the winner of Strictly this year, viewers agreed that John and Johaness had formed a friendship that would last beyond the series.

After the finale, John issued a statement of his own, insisting how honoured he was to have had the chance of taking part in the show — a season he described as “groundbreaking”.

“I’m so proud to have been part of such a diverse, groundbreaking series of Strictly,” the 32-year-old wrote.

“What started life as an entertainment show has this year provided solace for so many outcasts”.